Efter leaving Hanoi I pushed on another 140 km to the city Thanh Hoa where I had an invitation from Son and his family. The evening started off really nice and Son and I played some tennis before heading back for a late dinner. Somehow I manage to play ok after being on the bike all day. 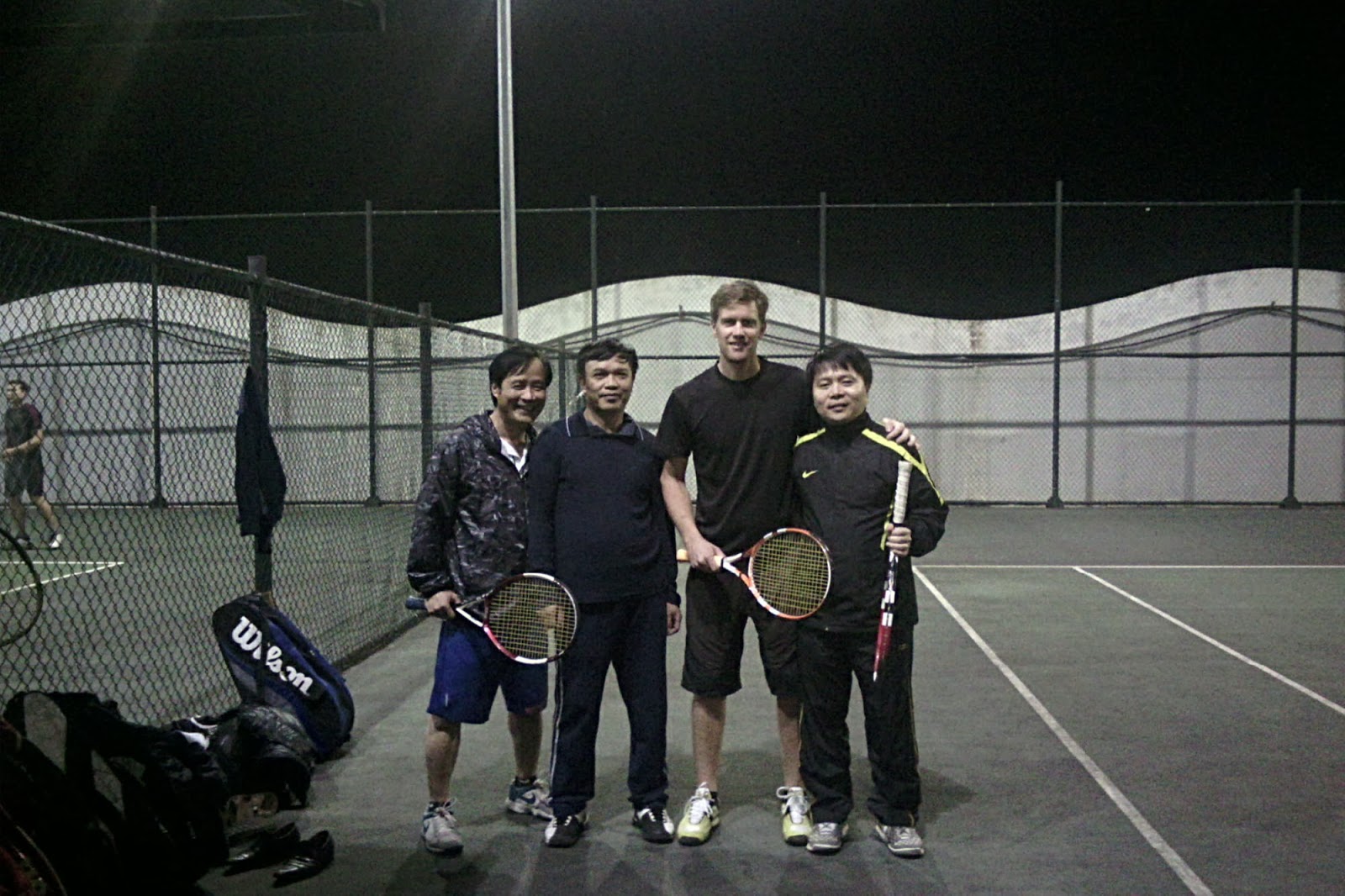 My stomach was making some noise that night when going to bed but I didn’t think too much of it. But when I woke up the next day it was really bad and most likely I had eaten something that my stomach couldn’t handle. So that day I spent most of the time in bed only to get up sometimes and try to eat something. And I was really lucky to be where I was because Son and his wife took really good care of me and even if I wasn’t great the next day I was on my feet and getting my energy back.
So I was back up on the bike on Sunday but decided to split up the distance to Vinh in two since it was 140 km and I didn’t have all my strength back. So that evening I stopped in a small town after a relaxing 80 km ride. That evening I met two nice guys at the restaurant I walked into. They waved me to their table and told me that they had plenty of food and asked me to join them. Only one of them knew a little English and we could talk some during a nice dinner. After dinner the one who spoke English left for home while the other guy wanted to show me around.
So I got on the back of his bike and we drove far from the town through rice fields in the dark. I thought we were going to a café but it turned out that he first wanted me to meet his family. And after a quick visit at his home we had some coffee and played billiard that night with some other of his friends. 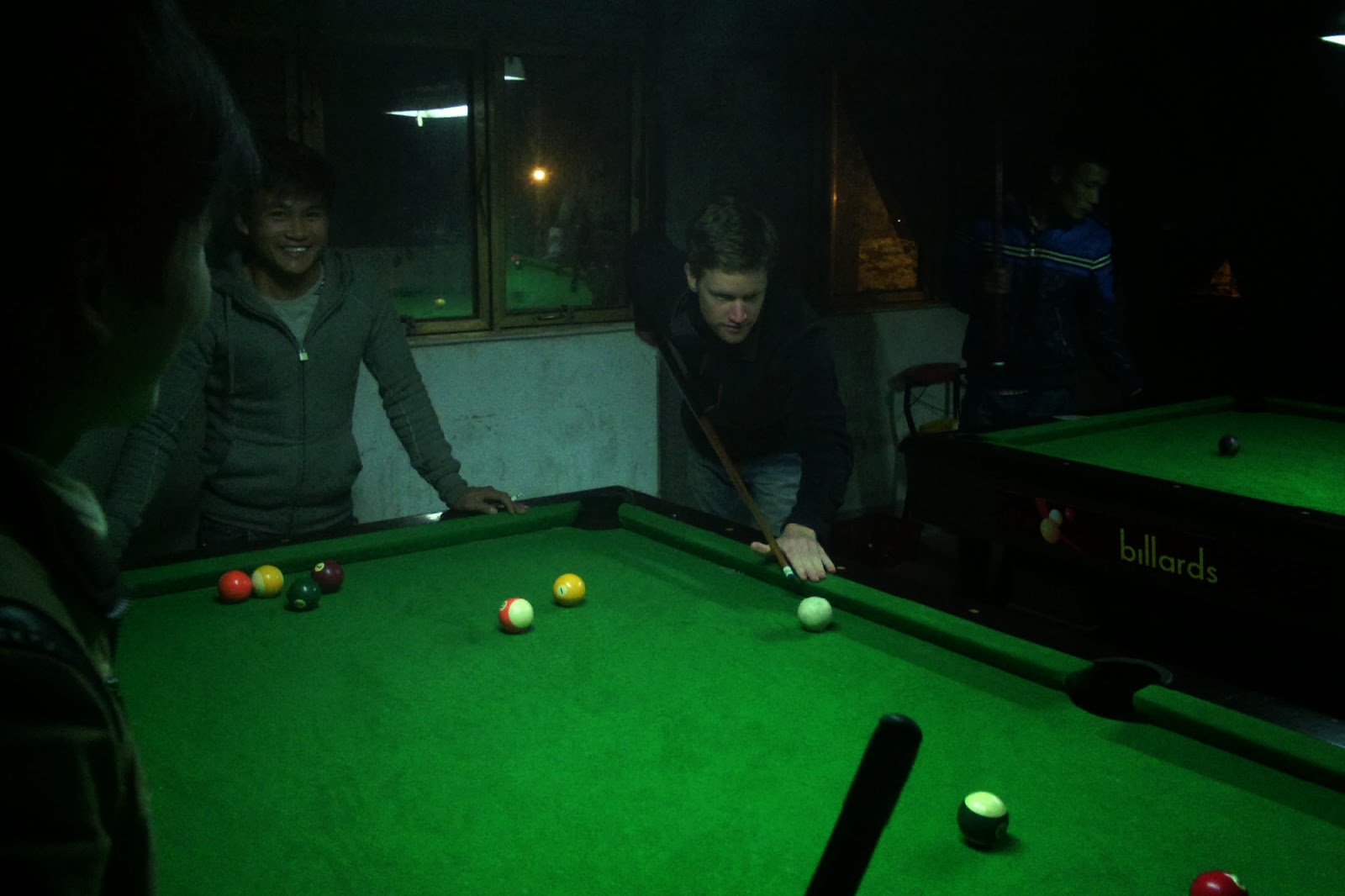 The next day I had a short ride to Vinh where I met up with my host Pham. She showed me around a bit before heading back to her family home. That evening we met up with her friend who spoke better English witch was nice since Pham and I had some difficulties understanding each other. And the world proved to be a small place when we changed facebook info and it turned out that she had worked together with Linh who I met while I was in Ha Long.
I stayed another day in Vinh and met up with another couchsurfer because Pham had to work. Amy and I drove a bit out of town to the village where Ho Chi Minh was brought up. Maybe more exiting for Vietnamese that really like him than foreigners, because it wasn’t many people there. But what I found interesting was the houses they had built up as they were many years ago. Amy and I had a nice day and it was interesting going there with a local who remembered her grandparents living in those kinds of houses. 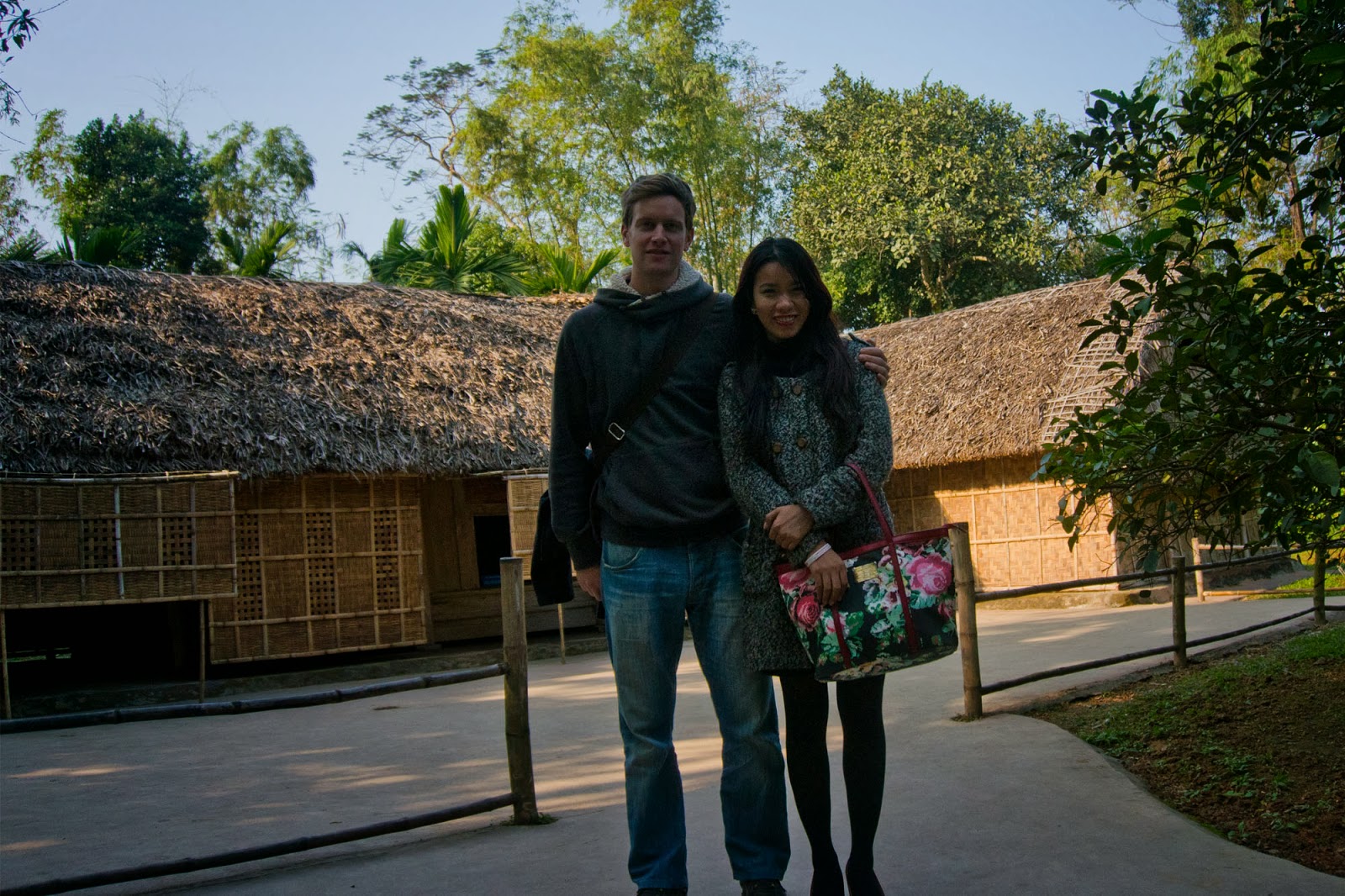 After leaving Vinh I headed west towards the border crossing to Laos. I had some problem with the bike since my pump is really bad and need to be changed, I had no luck finding one in Vinh but got the tires pumped at a bike shop. So after a late start I rode 50 km to a little town before the road started going up in the mountains. And of course did I have a flat tire on the way and yet again had to struggle with and swear at my crappy pump. In the small town a was really happy to see two other long distance bicycles standing outside of the hotel I stopped at. It was André and Karla from Brazil. Unfortunately they were going in the other direction but we had a nice evening together sharing stories and giving some advice about the countries we both just came from. Really nice people and I hope to bump into them again somewhere in South East Asia. 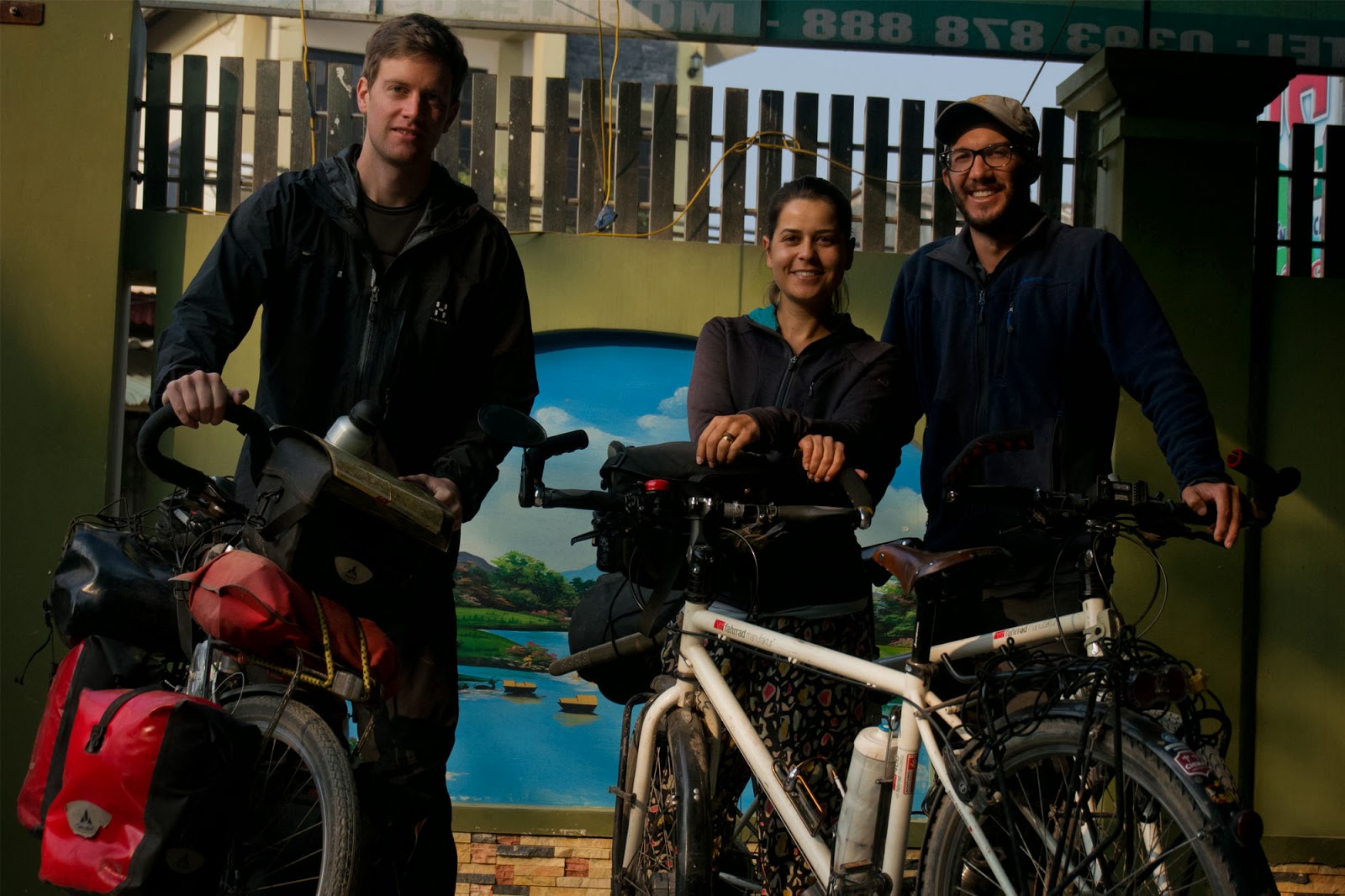 The road to the border was about 20 km uphill to the top where the crossing was. But the road was nice and there wasn’t much traffic so I could enjoy the climb with great views even though I was quite tired once I got to the top. 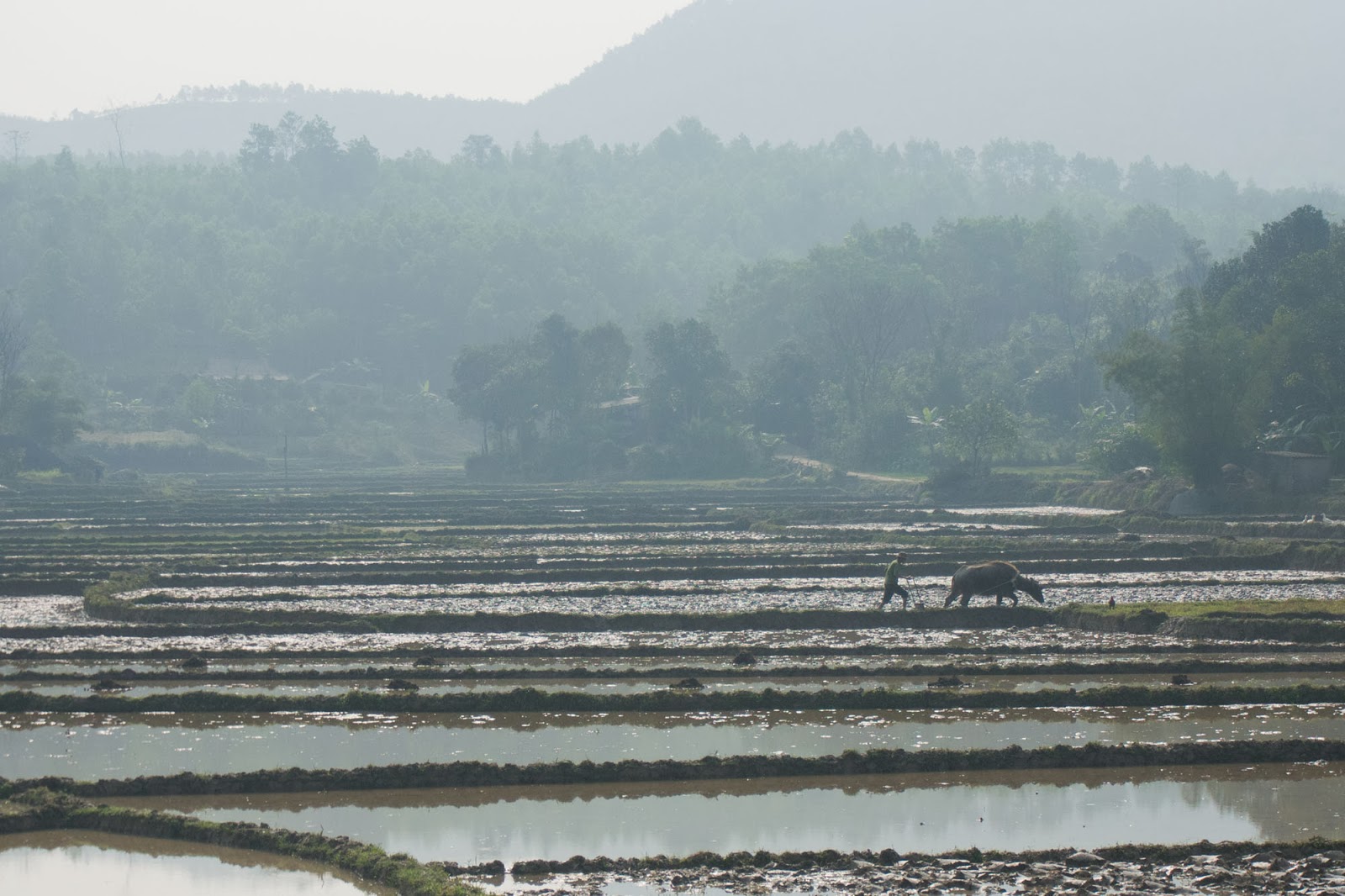 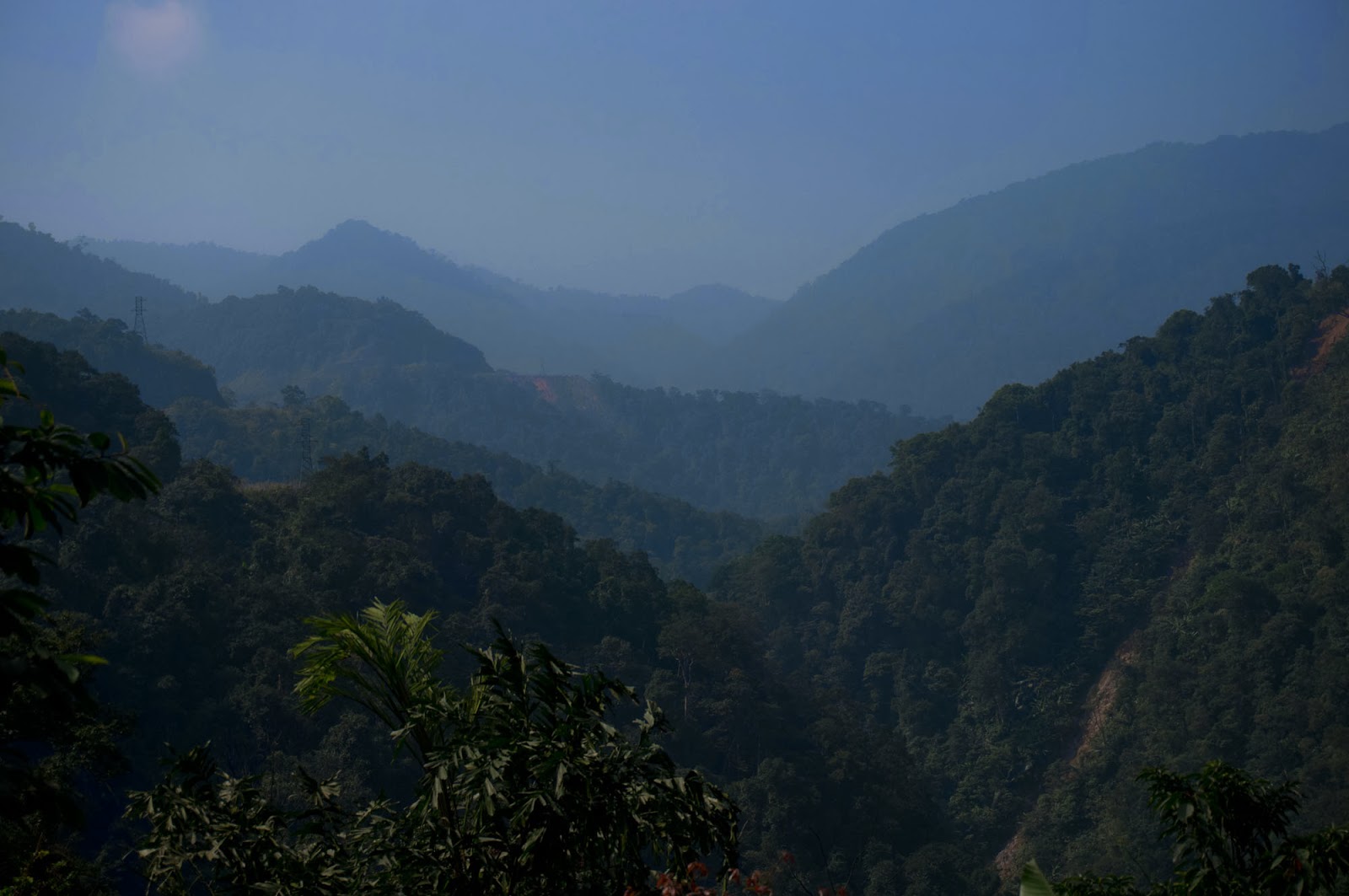 The crossing was fast and smooth and since I already had my Laos visa in the passport the process was quick. And after crossing the border the road went downhill about 30 km to a small town where I stopped at a Guesthouse recommended by André and Karla. My first plan for Laos was to head south towards Cambodia, but the last days in Vietnam I started to think about going north instead. And eventually I decided on that option and set my sight for the capital Vientiane. The first whole day of cycling in Laos was quite hilly with some really steep ones. But it was really beautiful at some places and well worth the hard work getting up there. 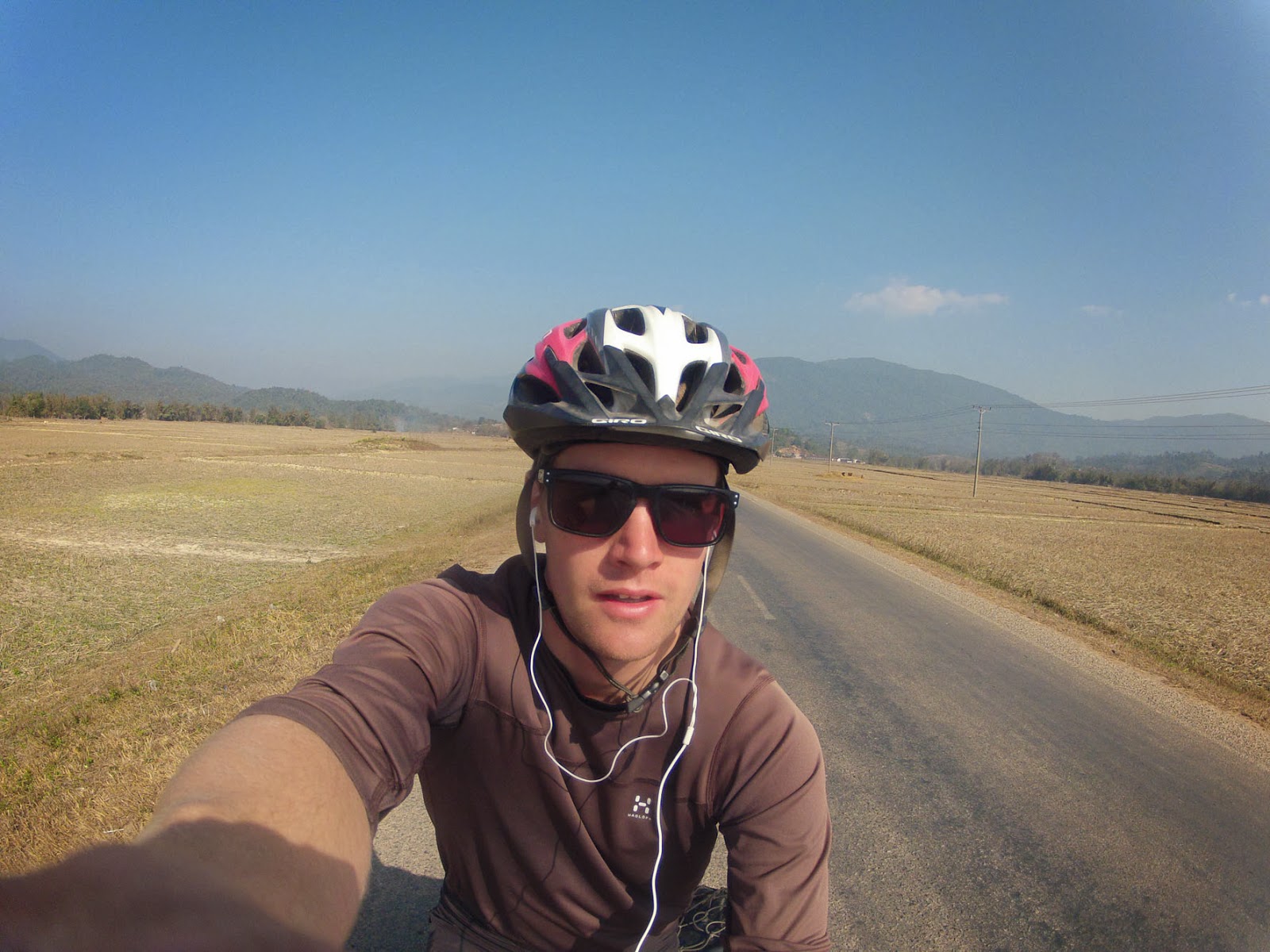 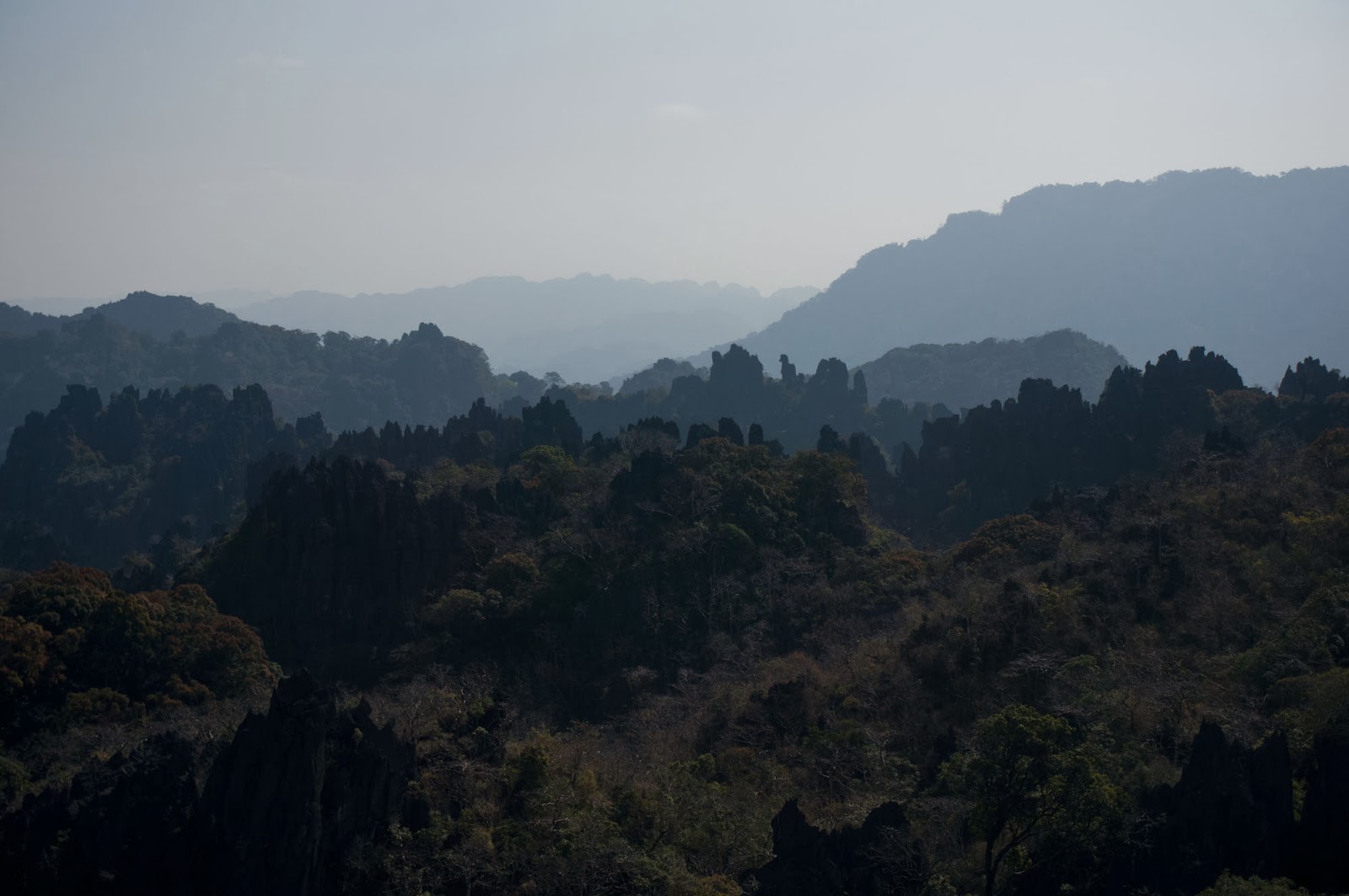 The next two days I rode along the Mekong River to Vientiane and arrived here yesterday afternoon. The weather is warmer than in Vietnam even though the morning wind can be a little cold. Also the roads are a lot nicer here than in Vietnam with much less traffic, and so much quieter since the cars and motorbikes aren’t honking as they do on the other side of the border. So it feels great being here and the plan is to take it quite slow here for a while and go for a trip up north.
Upplagd av Samuel Eriksson kl. 04:28