Leaving Turkey for a while


The night I arrived in Bozyazi and to my German-Turkish host I got a message that my new pannier had arrived in Finike. So the next day the guy at the hotel would put it on a bus heading to Bozyazi. Inge also hosted another traveler, a girl from Japan. It was nice to meet someone else travelling to get some advice for countries to come. The next day we went around the little town of Bozyazi and saw the beach which was pretty much all there was to see. But it was nice and a good place to relax and charge the batteries. Later that day I and Aya got to follow Inge’s daughter Danyel to her music lesson where she sang and played the saz for us. We also got to try it (for a photo), and it looked really hard. 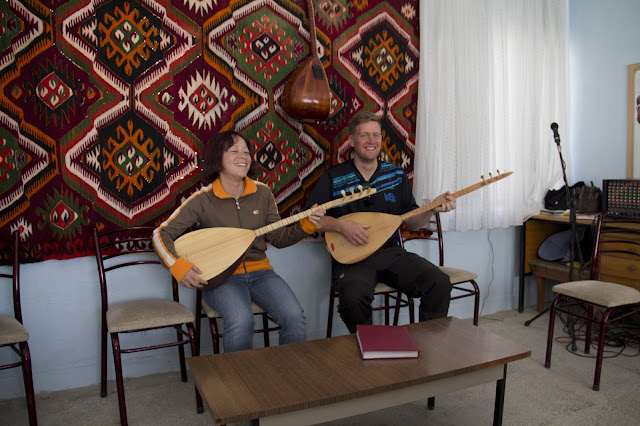 At one a clock at night the next day I and Inge went to the bus station to collect my package, and finally after waiting so long I got it in my hand. And with a pleasant surprise when I opened it and saw that they had sent me two new bags.
Yesterday I left Bozyazi and headed for Tasucu from where the ferry leaves for Cyprus. I thought I would make it there in one day, and I could if I had wanted to. But I found a nice place to set up my tent for the night and since the ferry leaves at midnight the next day there were no hurry to get there. It was nice to be back in the tent after sleeping indoors since leaving Finike. But it was also a bit cold during the night. 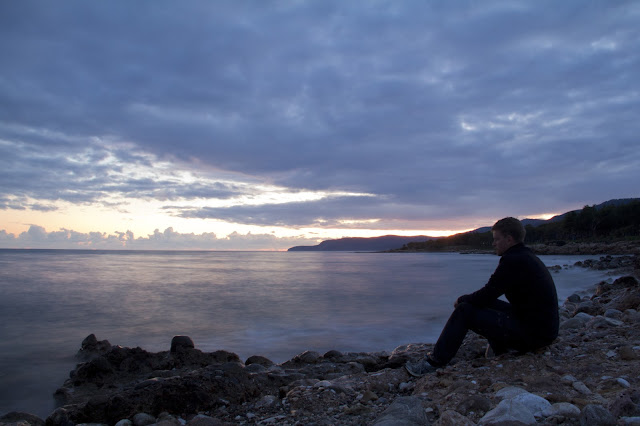 Today I only had a short 30 km to get to Tasucu. And after only one big climb I could roll down the other side and make my way into town. I have gotten my ticket for the ferry and now I have to wait until midnight for the ferry to leave for Girne. I was lucky it was a nice and warm day today so that I could wait outside in the sun. But from now on I’ll spend my time at a restaurant for the rest of the night.

It now feels like a long time ogo that I was cycling fast on a crappy road in Hungary and later discovered that one of my back pannier had broken. I managed to continue with it by fixing it to the bike with a wire lock. I contacted Vaude who makes the bags, but they didn’t want to send me a new bag and insisted that I contacted some company that sold their products. It wasn’t easy to find on my way until I came to Athens and found a company that was very helpful and contacted Vaude for me. But it still took a long time until I got the news that they were sending a new bag to the company in Athens. By that time I already had a ferry ticket going to Chios. So when I found the nice apartment in Finike the Greek company sent me the bag with post. There I waited and waited without any package showing up. So last week I couldn’t wait any longer since I had to be in Cyprus this coming week.

But two days ago the package arrived in Finike and yesterday the guy at the hotel put it on a bus that was passing Bozyazı. So finally it looked like everything was going to work out just great. But I couldn’t be sure until I had it in my hand. So at one a clock last night me and my very helpful host got up and met up with the bus to collect the package. And after a little dispute with the bus driver who wanted more money for bringing it to me, I finally got it.

And in the package there was a surprise when I saw that they had sent me two brand new bags. So now I don’t have to think about this anymore and just enjoy life on the road.
Upplagd av Samuel Eriksson kl. 09:12 Inga kommentarer:


On my first day back on the bike I set my sight on Antalya. It was about 110 km so I didn’t know if I would make it all the way there since I hadn’t done that much cycling in a while and that I would have to go over some big hills on the way. But after reaching the top of the hill and starting to go down again it felt good and when I didn’t find any nice place to camp along the way since the ground was very wet at most places I continued on and soon arrived in Antalya and found myself a cheap room for the night. 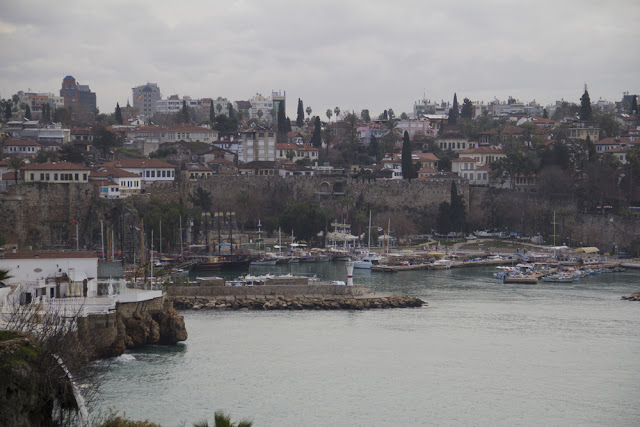 The next day I had a couchsurf host in Manavgat and cycled on mostly flat roads to get there, only having a headwind to fight with. I met up with Mehmet at the school where he was a English teacher. And after dinner at the school cafeteria we went to his place at the school ground. He had the night shift at the student dormitory, so I rested ut at his place that night. The next day I met up with Mehmet at the school and participated in the class. I talked a bit about my travels and was questioned by eager students. And after doing the same thing with another teacher I got on my bike and went down to the sea and the town of Side. The ancient ruins and the huge theater was beautiful but it felt nice going back to the non-touristic Manavgat after half a day among big hotels and more tourists that I thought would be here at this time of year. 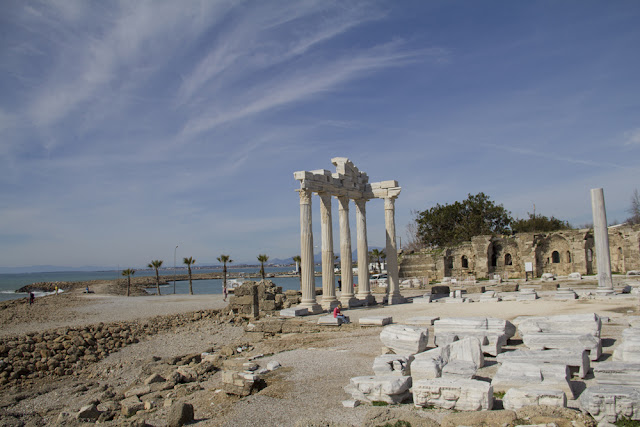 The other teacher that I helped at the school had a friend in Alanya that I could stay with. So this day I only had about 60 km to go. So I had a nice day on the bike with great weather. But the road between Manavgat and Alanya isn’t the most exciting. There are endless massive hotels along the way, and it’s hard to grasp how many tourists there are here during the high season. I arrived in Alanya early and had some time to look around before meeting my host. I was here on a vacation about ten years ago but I didn’t recognize anything but the castle on the Peninsula. This town have really grown since I was here. 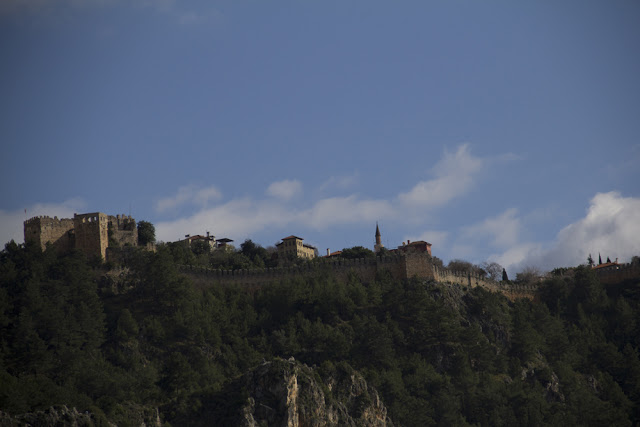 In the evening I met up with my host Ali, he didn’t speak English so we met up with a friend of his and had dinner. Yusuf knew a bit English but I still had a little trouble understanding. Ali, who I thought I was staying with went home and I followed Yusuf on his moped through Alanya to a apartment belonging to the school which they used for meetings and such. And after a while I realized that I was staying in this apartment for the night. Later another teacher named Ömer also came, and he knew some more English so that we could have some longer conversations. I was spoiled with lots of sweets, fruit and of course many cups of tea. 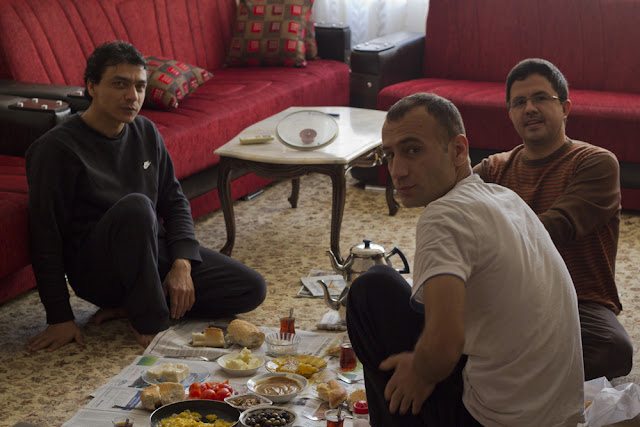 After a nice breakfast with Yusuf, Ömer and Mehmet I got back on the bike on another warm day. I had about 140 km to my next couchsurf host in Bozyazı so the plan was to find a place to sleep somewhere in the middle. A couple of km from Alanya the road stopped being flat and it was back up in the hills again. In the evening I came by a little run down place that had rooms and since I could hear the thunder coming closer it felt like a good idea to stop there for the night. And this morning I woke up listening to the rain pouring down. But there was nothing to do but put on rain clothes and get back on the road. And it was a tough day with lots hills a rain that wouldn’t stop. Eventually I made it to Bozyazı just as the rain stopped. And from here I only have about 110 km to Taşucu from where I’ll get on a ferry to Cyprus. 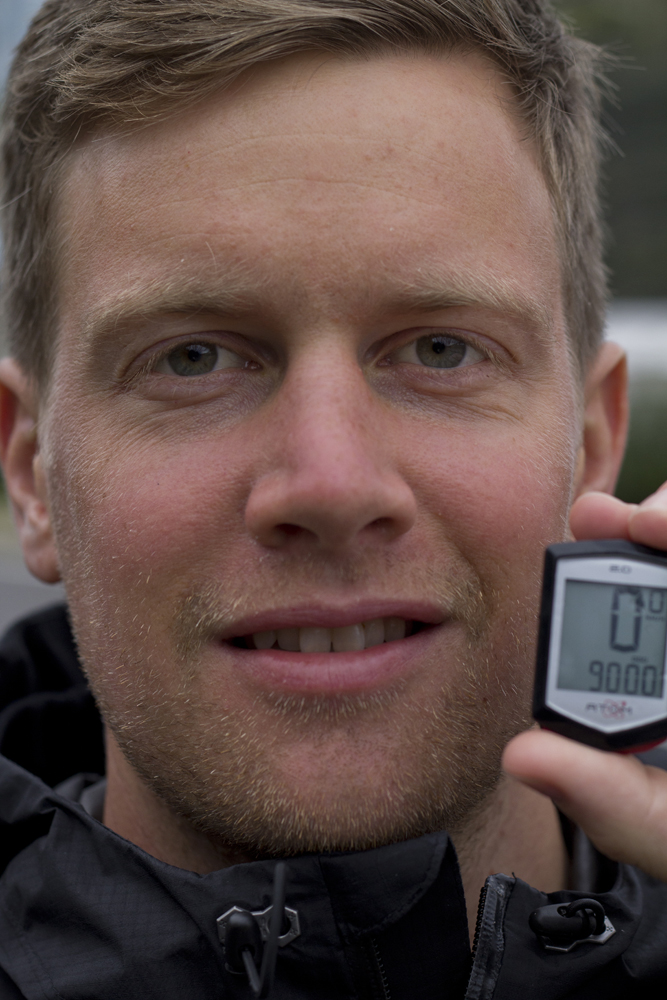 
These last weeks didn’t turn out as a planned and I have been waiting for a package with a new pannier to replace my broken one. And that package still hasn’t turned up. But I can’t wait any longer since I’m meeting my parents in Cyprus soon. So I’ll just have to take the bus back here later to pick up the package (if it ever arrives).

Today I’m glad to be back on the bike again and I have a couple of days riding to Tasucu where I’m taking the ferry over to Cyprus.
Upplagd av Samuel Eriksson kl. 21:53 Inga kommentarer: