I moved around a little bit in Bishkek the first days. I could only stay two nights with the first couchsurfer, but I had a good time there and started to explore the city. I stayed one night at a hostel after Almaz apartment and it was really nice to meet other travelers and also cyclists. Because you don’t need visa for Kyrgyzstan, Bishkek is a place most people who travel Central Asia come to and stay for a while sorting out visas for the next country while exploring the beautiful country. 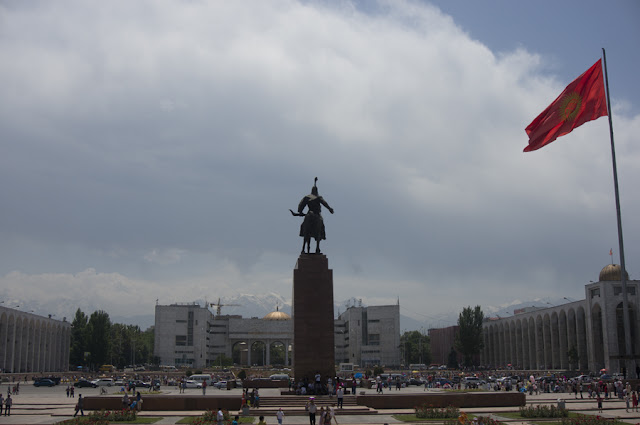 After one night at the hostel I moved in to Dinara’s apartment, another couchsurfer who had a comfortable couch for me and I could stay there for as long as a wanted. I had some time to go through where I might be for the next couple of months cycling through East Asia. I realized I would have to push on way to fast through Southeast Asia so that I could be in New Zealand in the summer. I have been there before and I’m looking forward to going back there on bike this time, but I would really like to be there in summer. I would also like to spend some time in Australia before the hottest time of the year. And Southeast Asia is a great place and I don’t want to rush through. So in conclusion I decided I will spend some more time in Southeast Asia before flying to Australia in maybe August next year and then onwards to New Zealand and then South America. And with that plan I would have a lot of time and can really explore the countries without having to think about time, exactly how I want this trip to be. 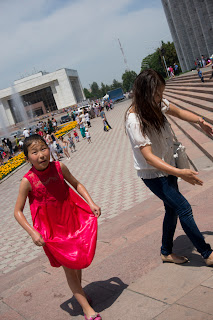 Another thing I had been thinking about for a long time was taking a break to fly home for a visit. Sometimes I have felt like I really want to do that and sometimes I just feel like cycling on to the next country. But Kyrgyzstan has always felt like a great place to fly home from because there’s no visa and also a nice break before going into China. And even if I knew that the Chinese visa would be a problem I wasn’t expecting it to be this difficult. The only travel agency who would write me an invitation letter wanted 560 $ including insurances. And since there’s no way I’m paying that much another option was to get a one month visa from Bishkek and then extend two times once I’m in China. But that would be more expensive and I would also have some time pressure to get to a place where I could extend since I needed to do that one week before the visa expired. So after hesitating for a long time I booked a ticket to Stockholm that only cost me 260 $, which I think is really cheap considering it’s a 5,5 hour flight to Istanbul and then 3 hour flight to Stockholm. It was a great feeling having booked the ticket and knowing I would see my family in just a couple of days.
I had a nice weekend in Bishkek with my host Dinara. On Saturday all the parks was full of kids because it was Children's Day in Kyrgyzstan and on the central square kids where playing in the fountains and I almost felt like jumping in to cool off in the 30+ degree heat. On my last day before leaving Dinara took me horse riding in the hills just outside the city. I had tried riding a couple of days before with a family in the mountains, but this time we rode for longer and I have to say that I rather sit on my bike saddle for 7 hours than 50 minutes of riding. It was a lot of fun and a great experience except for how my bum was feeling afterwards. But it was all worth it and the view from the hill was great with the tall snowcapped mountains on one side and Bishkek down below. 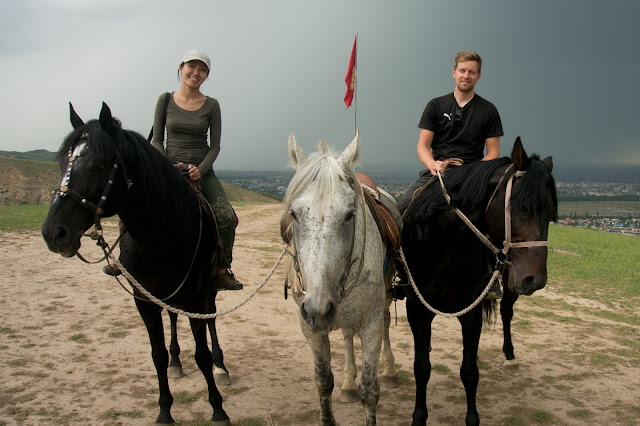 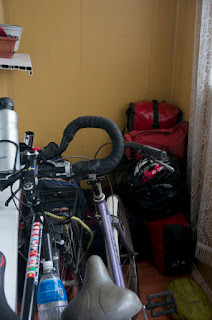 On our way down we could see the dark clouds closing in and when we were back at the farm we were soaking wet after riding the last bit through heavy rain. Once back in the apartment I packet a small backpack for my trip home and put away my bike and bags in storage. Dinara was kind and let me keep my stuff at her place and it also felt great to have a place to come to once I came back. I tried to get some sleep before getting up at 3 am and headed out to the airport. It felt a little strange travelling like this after making my way on bicycle for the last 10 months. And with a plane I was back in Sweden after a couple of hours. I was a really strange feeling being back with everything being so familiar. And for the last bit to my hometown I got on a 12 hour night train and arrived in Skellefteå on Tuesday morning. I hadn’t told anyone I was coming home so I was really excited to surprise everyone. The first one was my brother who was the only one at home and when I rang the bell early in the morning he was sleeping and came to the door newly awake. After that I got to surprise everyone in my family one by one as they came home. And the look on their faces is something I won't forget. One of the highlights was surprising my sister at her house when I snuck up on the back and knocked on the balcony door. A big motivation for coming home was to see my nephew for the first time. I really wanted to hold him as a baby instead of coming back home when he is maybe 3 years old. I only booked a one way ticket and haven’t decided when I’m going back to continue my trip. But I think I’ll be here for maybe 6 weeks. By then I’ll have my 3 months Chinese visa in my passport and will be ready to tackle the next part of my journey.
Upplagd av Samuel Eriksson kl. 05:37 1 kommentar: