After a nice breakfast in Makarska we are continuing down the coast towards Dubrovnik. We’re expecting rain, but hopefully it won’t be too bad.
Upplagd av Samuel Eriksson kl. 01:22 Inga kommentarer:

From tent to Palace


Yesterday I left Zadar alone since the guys I where supposed to cycle with had to fix a bike and take care of some more things. But we’ll probably cycle together tomorrow from Split where I am now.
When leaving Zadar the roads where flatter than what I had been on for a long time. But I had a head wind, so sometimes it felt like uphill. The wind picked up during the night and I have never been in the tent when it has been so windy, it felt like someone was shaking the tent. But at least it dried up the tent from the rain that fell during the night. And for the first time here in Croatia I had a rainy day. After lunch it started raining more so I pushed on to Split and found a nice hostel inside of the Diocletian's Palace. The old parts of Split are very beautiful with many small narrow paths in the Palace. But it was a little hard finding the hostel in the maze. Today there has been some rain, but I did some sightseeing before lunch without rain=) 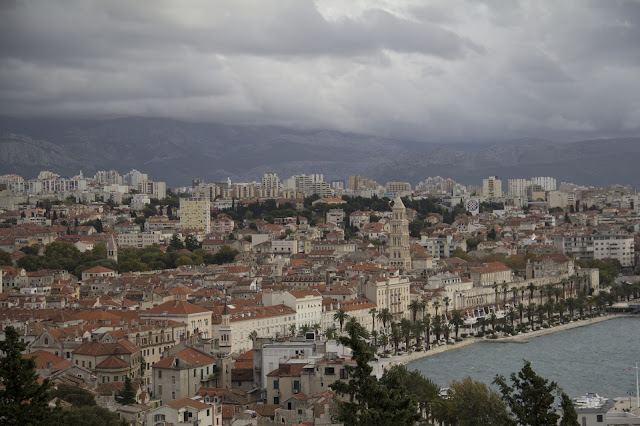 
The first day after leaving Rijeka I took it slow and stopped after just 40 km. I found one of the few flat soft surfaces along the cost and had a relaxing day by the sea with a first swim in the water. If was really nice and something I had been looking forward to for a long time. 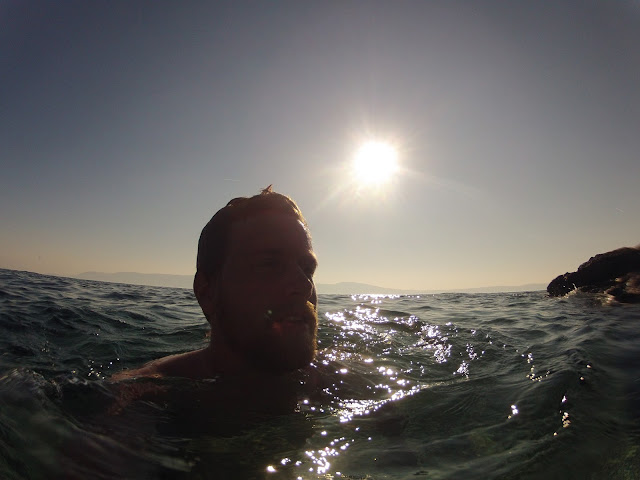 The next morning I had breakfast next to the sea and in the warmth of the sun. Everything felt great and I continued on the road along the cost. But very soon the wind started getting worse and worse, and I was climbing a hill for more than 10 km in those conditions. At a couple of times I came to a complete standstill when the wind hit me. I thought about stopping for the day around lunch time but decided to keep on going. And after a while the wind calmed down and there were more downhill. But the next problem was finding somewhere to sleep because there are mostly rock everywhere and no good places for a tent. When it started to get late I found a campsite and decided to stay there for the night. It was completely empty and with two older people running the small campsite. They told me that there special price for me would be 70 kona(9eur). I thought that was a little expensive because it wasn’t a nice place and the ground was hard and not very nice for a tent. But I didn’t have the energy to continue looking after a hard day in the wind. So I put up my tent and went for a shower. But when there wasn’t even hot water I packed up my stuff, got my money back and got back on the road again. And for the first time since I was sick I rented a room for the night because it was dark outside and I couldn’t find somewhere for my tent. And for only twice as much as the campsite, I think it was worth it. 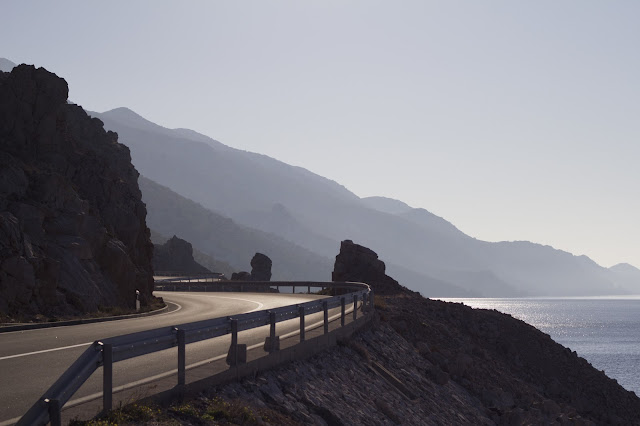 The next day I was well rested and got back on the beautiful coast road again. And this day there weren’t as much wind and the road followed the coast without any big hills to climb. I cycled to Zadar where I had an invitation from a guy I got in contact with through warmshowers.org. And he had also invited two other cyclists. We had a great evening with some good food and some Champions League at a bar later. I’m staying here one more night before the tree of us will be cycling towards Split.


After a visit in Trieste I started the climb up the hill to try to find a place for my tent. And I found a nice place with a view of the sea. But the fog had been there all day and I couldn’t see the sea like I wanted to. The fog also made it very moist and after putting up the tent it started to get wet within a couple of minutes. And the next morning it felt like it had rained. I had to cycle through a thick fog the whole morning and could only see hundred meters in front of me. This was too bad because I couldn’t see the nice scenery around me. 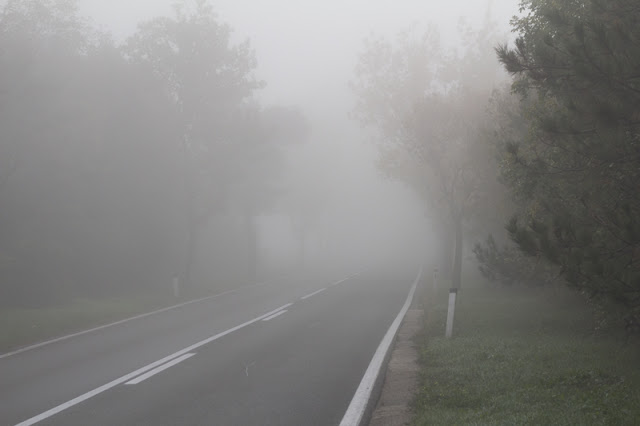 But after ten a clock the fog lifted and the sun warmed me up and I could see the mountains around me. And after crossing the border into Croatia it was only downhill to the city Rijika where I stayed at a hostel for the night. I was a big hostel but there was only a few people staying there at this time. And the funny thing was that the guy who slept in the same rooms as I was also Swedish. 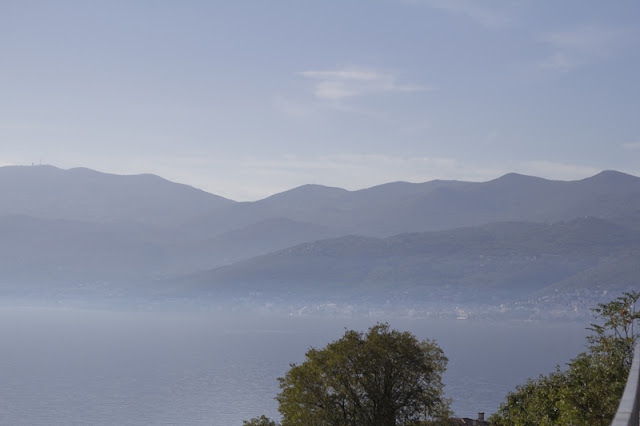 Up over hills and down into caves


After spending two days in Ljubljana I set my sight on Trieste and I was exited to see the ocean again. Since Ljubljana is a small city for a capital if was easy to find my way on to the right road. There were some hills to get over but I only cycled for about 50 km this day and found a place in the forest to sleep at. The new day I cycled the 10 km I had left to Postojna where I stopped and went for a tour in the cave. And it was really beautiful walking around in the massive cave with amazing stalagmites and stalactites. I was disappointed when I saw a sign with a crossed over camera and a man telling me it wasn’t allowed to take photos in the cave. But the tour guide our little English speaking group had was a little more laid back and cool enough to let us take photos as long as we didn’t use flash. 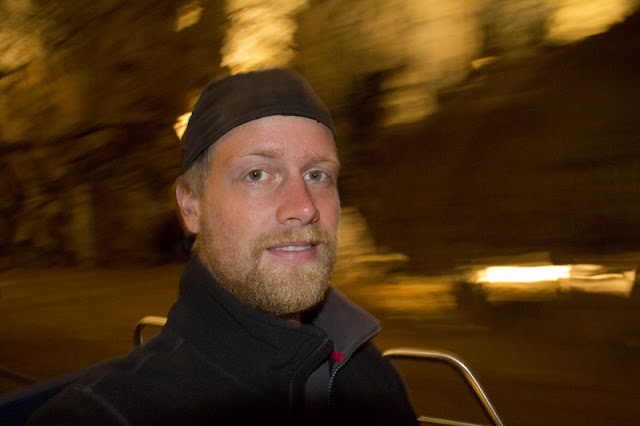 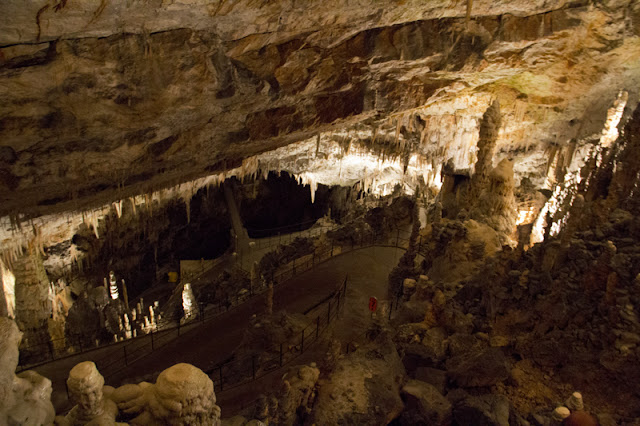 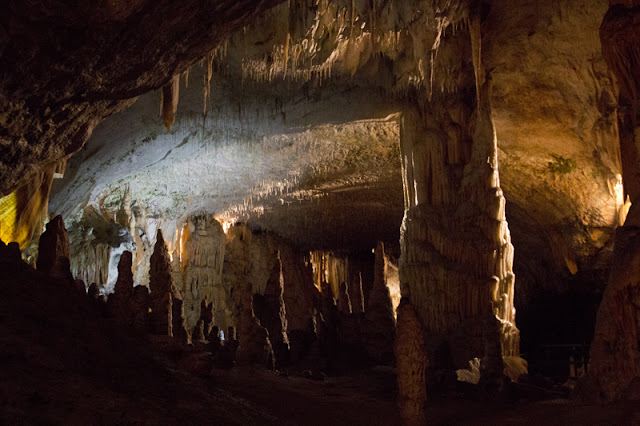 After riding the train back to the entrance it was already half past one and after a late lunch I wanted to get some kilometers on the bike to day as well. But I stopped around four when I found a nice place to set up the tent. I got an early start this morning and had a very easy ride to Italy and Trieste. It was almost downhill all the way. I hadn’t realized how high up a was until I went downhill for a long time and then came to a place where I could see the Adriatic Sea. And from there it was even more downhill to the city. It will be a short visit in Italy and I will be cycling south today, and probably I will have to get up those hills that I just came down from. 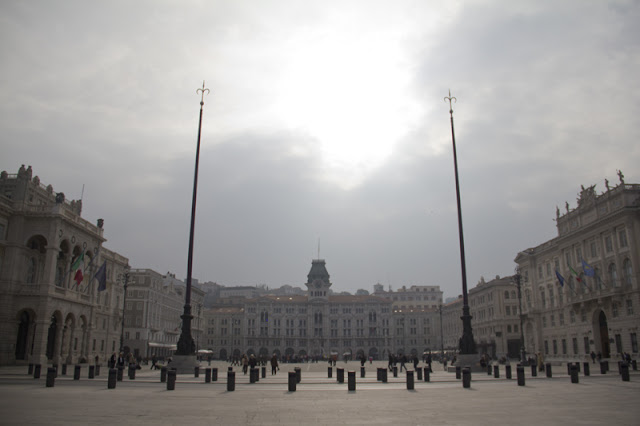