After going being in Vietnam for the second time it was now time to head back to Cambodia also for the second time. Last time I entered Cambodia I already had the visa in my passport but this time I had to apply at the border. I had heard stories about how corrupt it is and how they try to get more money out of you. And knowing that it should cost 20$ I refused to pay the 25$ that the border police asked for. I was there with a couple from England and finally they said they would give us a “special” price of 22$. We still demanded that it should be 20$, but gave in after he said we could stand on the side and wait for a couple of hours. Maybe with a little more patience we could have gotten it for 20$, but paid the extra 2$ bribe and moved on. 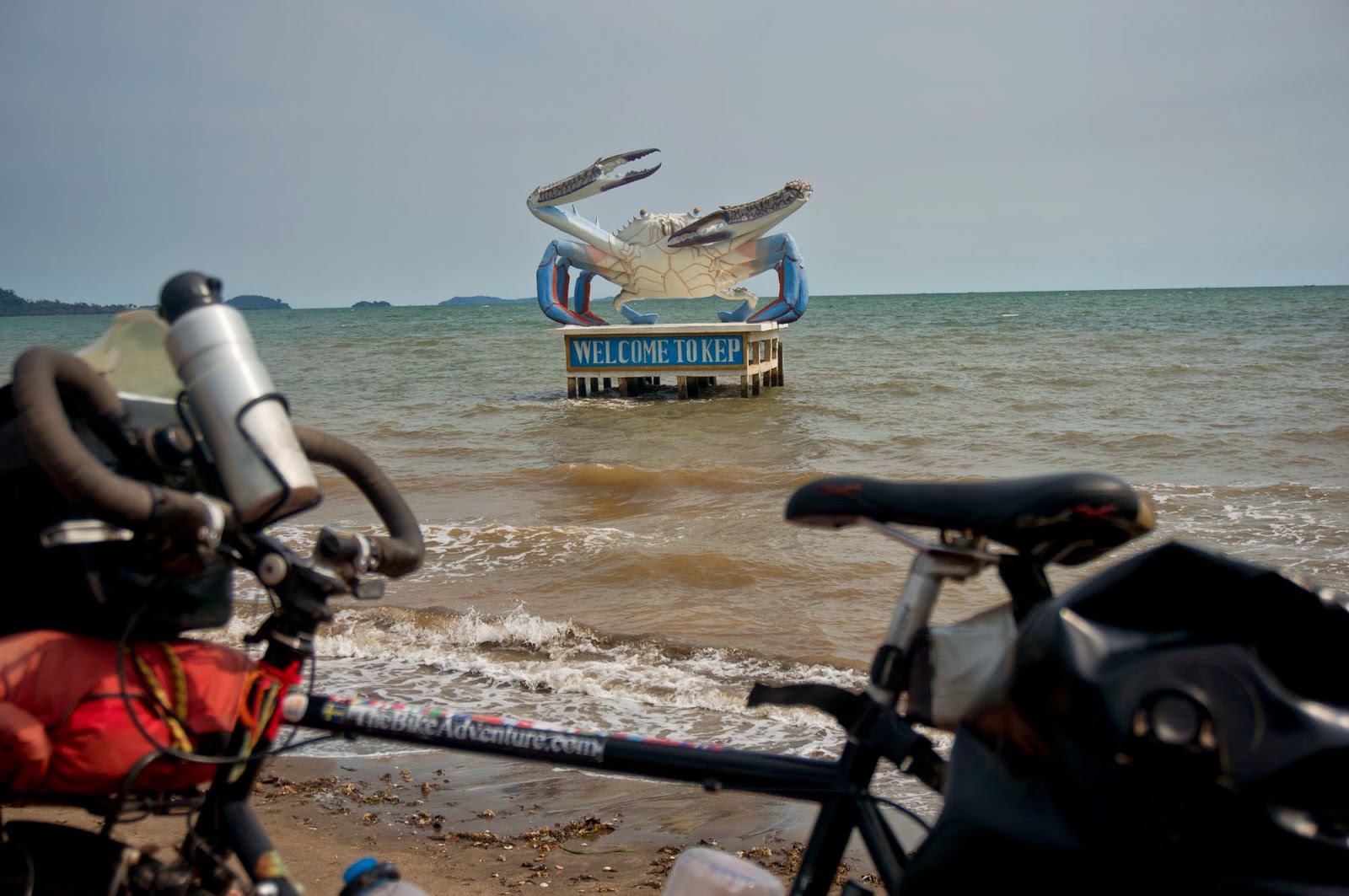 The first stop was the small Kep just about 30 km from the border. It was a really small and quit place and I didn’t do much there except lying in a hammock by the sea. The place is famous for its crabs and have a “crab market” next to some nice restaurant. But I wouldn’t call much of a crab market since there where barely any crabs there, just a small market for tourists. I met a Belgium guy in Kep wo was riding bike from Phnom Penh and we decided to ride together to Kampot. 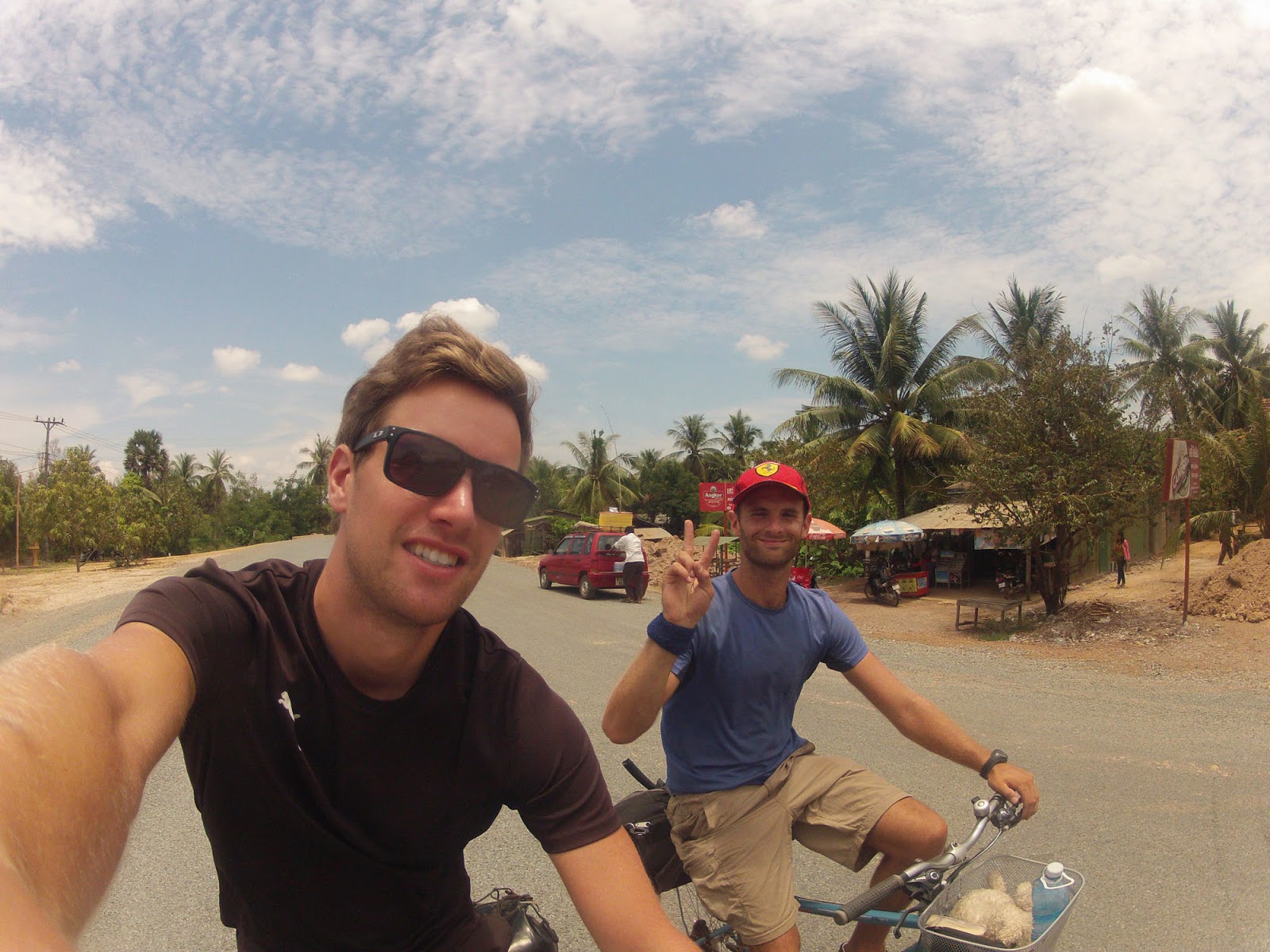 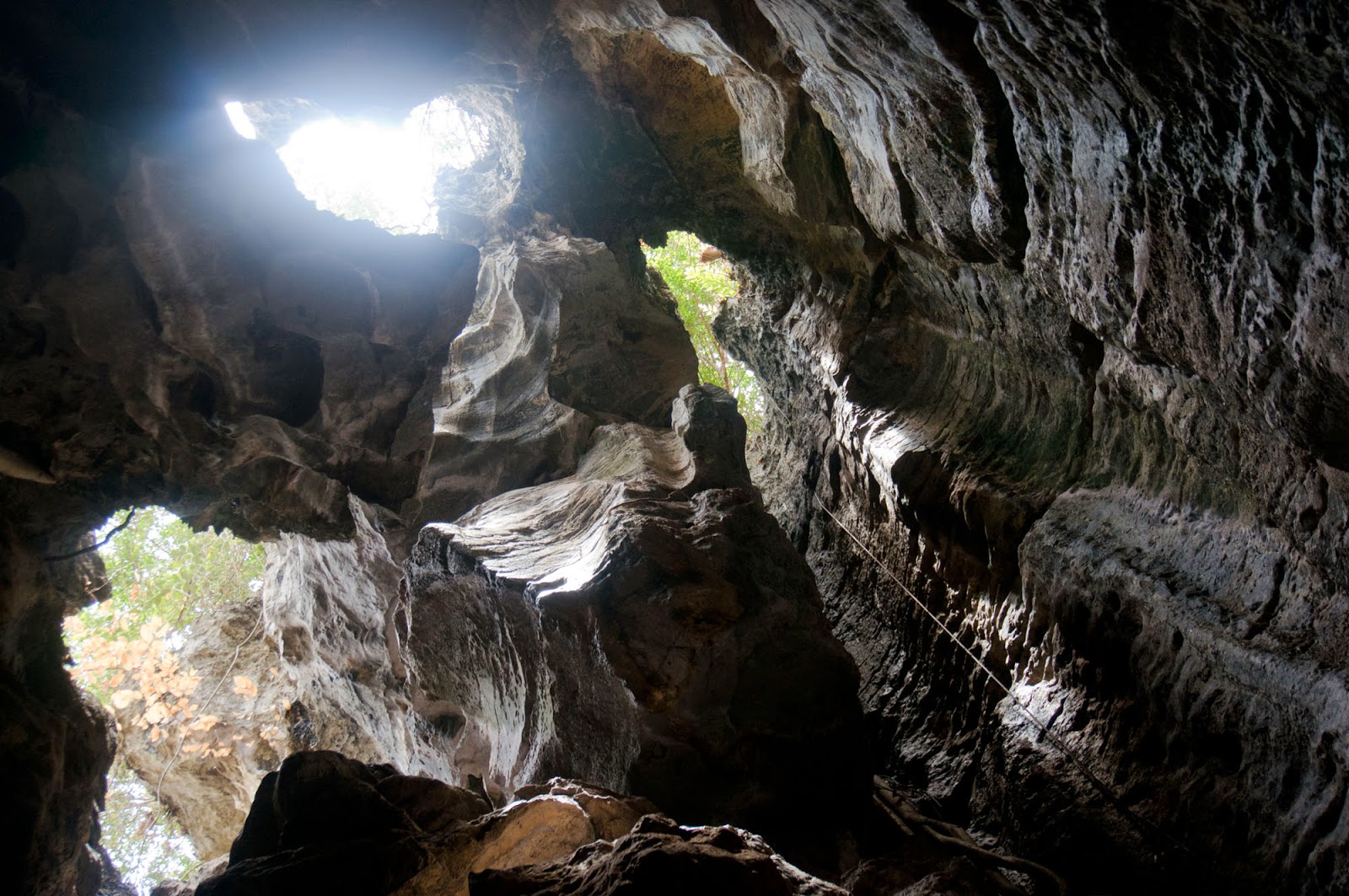 It was a short ride and Antoine and I stopped by a little cave on the way there. Not muck to see if you’ve seen a couple of caves but still kind of nice. After the visit to the cave we rode into the little town of Kampot. I made reservation at a place called The Magic Sponge and I have to say it was one of the nicer hostels I’ve been at. For 3$ I got a big bed on the top floor with a view of the Bakor mountain from my bed. 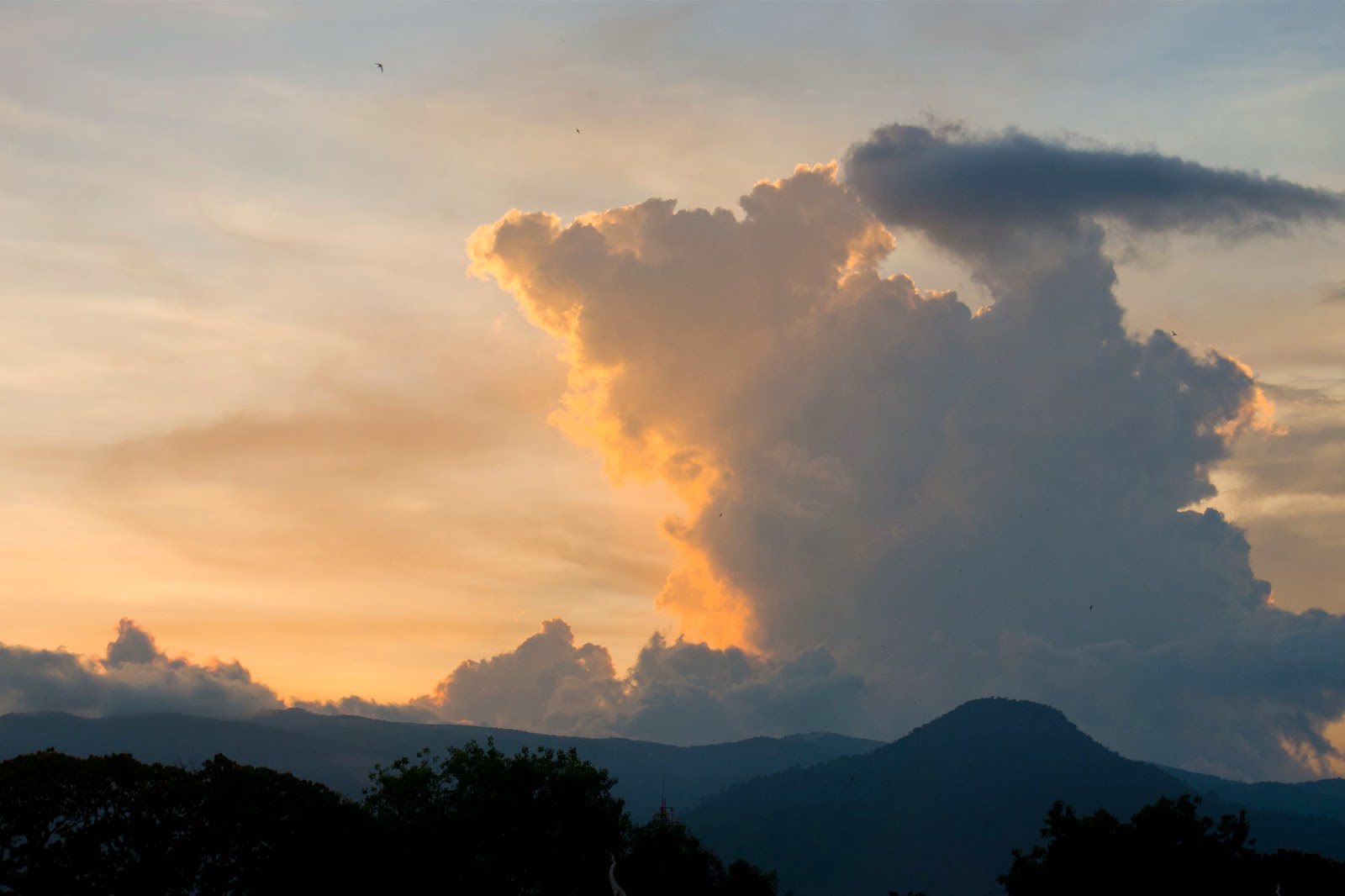 I met a lot of nice people during the days I spent in Kampot. I didn’t really do much there, but it’s one of those relaxed placed where there no need to do anything and still enjoy it. I also met some other cyclist while I was there and two Canadian guys was supposed ride with Antoine and I from Kampot but after a fun last night one of the guy’s weren’t really ready in the morning. So the two of us started cycling and met two other cyclists along the way. A couple from France, and yet again I was surrounded by French speaking people. Felt like most people I met in Kampot spoke French. And not just the French people, also the French-Canadian’s and French speaking Belgians. 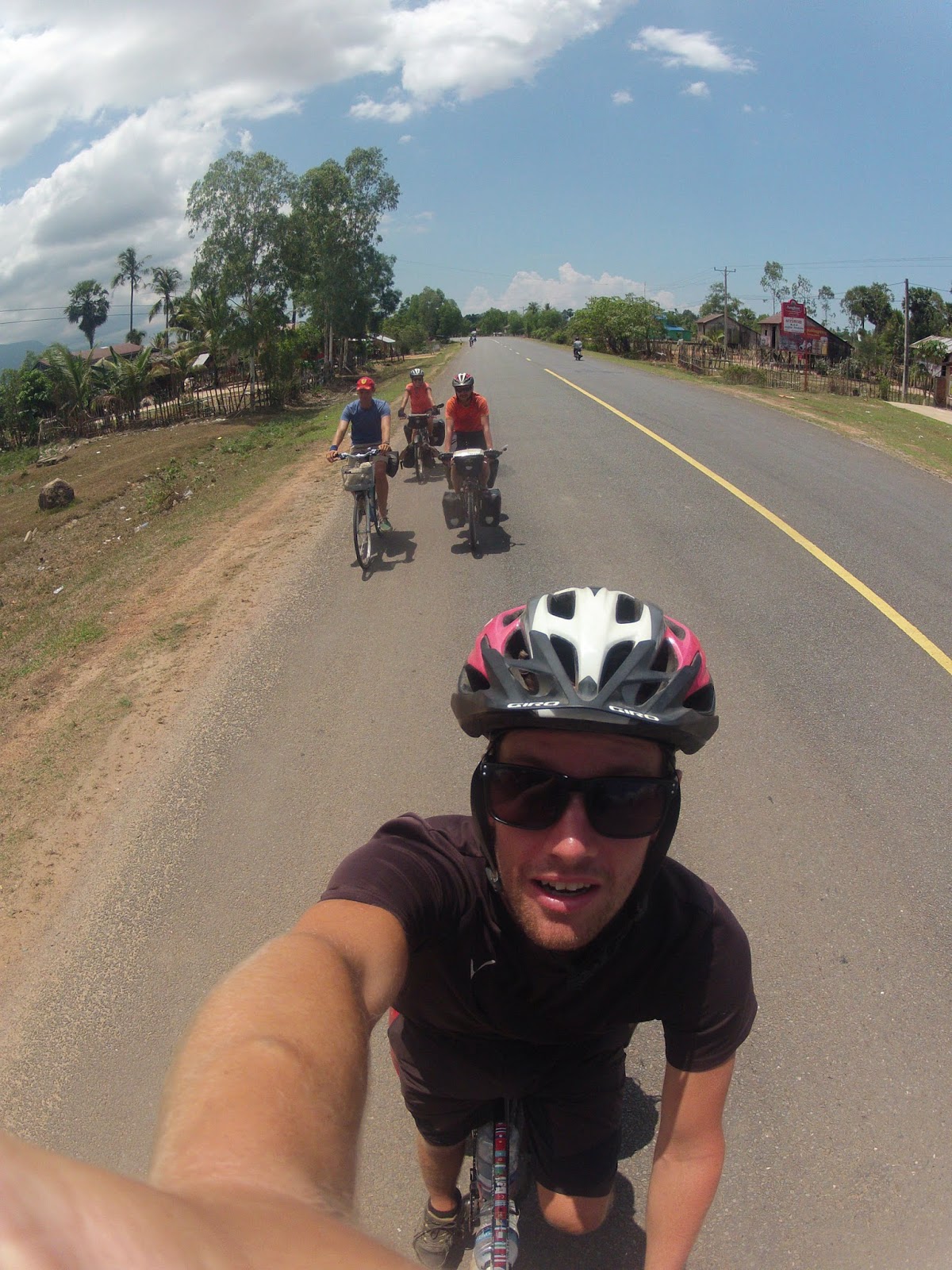 We didn’t cycle together for long and at once intersection we all split up. Antoine rode south to Sihanoutville, the couple stayed in the little town at the intersection and I rode north-west towards Koh Kong and Thailand. I’ve decided to skip Sihanoutville and the island off the coast since I felt I’ve been enough in Cambodia and wanted to move on. Also wanted to be in Thailand for the Thai New Year aka Waterfestival.
The road to the border town Koh Kong was really nice and I stopped in two small places before getting here. The first stop was in the mall town of Ambel, wasn’t anything to do there but I really like the genuine markets in there tows where there’s no tourists and I can just walk in the market maze and look around. And of course get my daily dose of delicious mangoes. 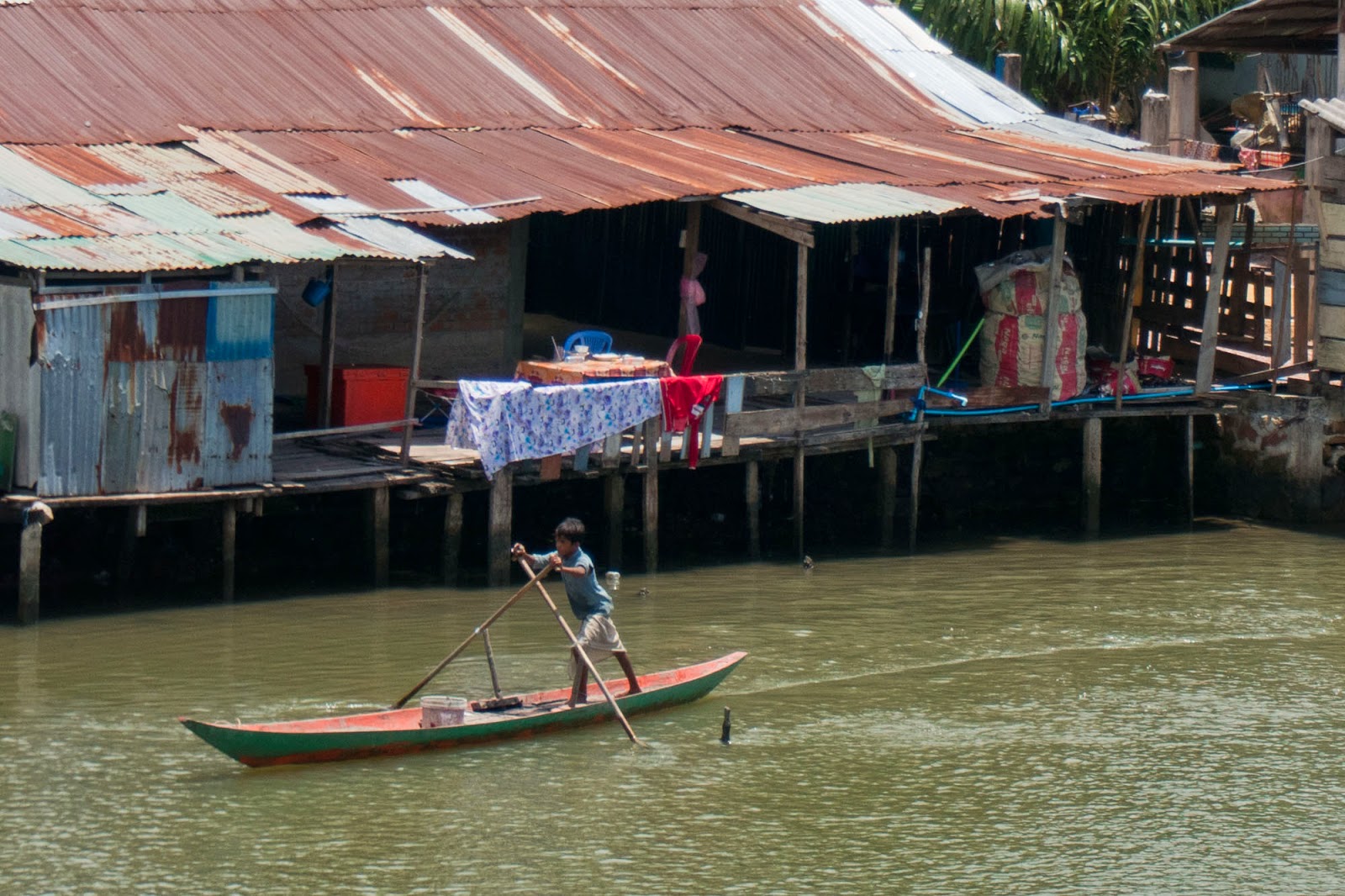 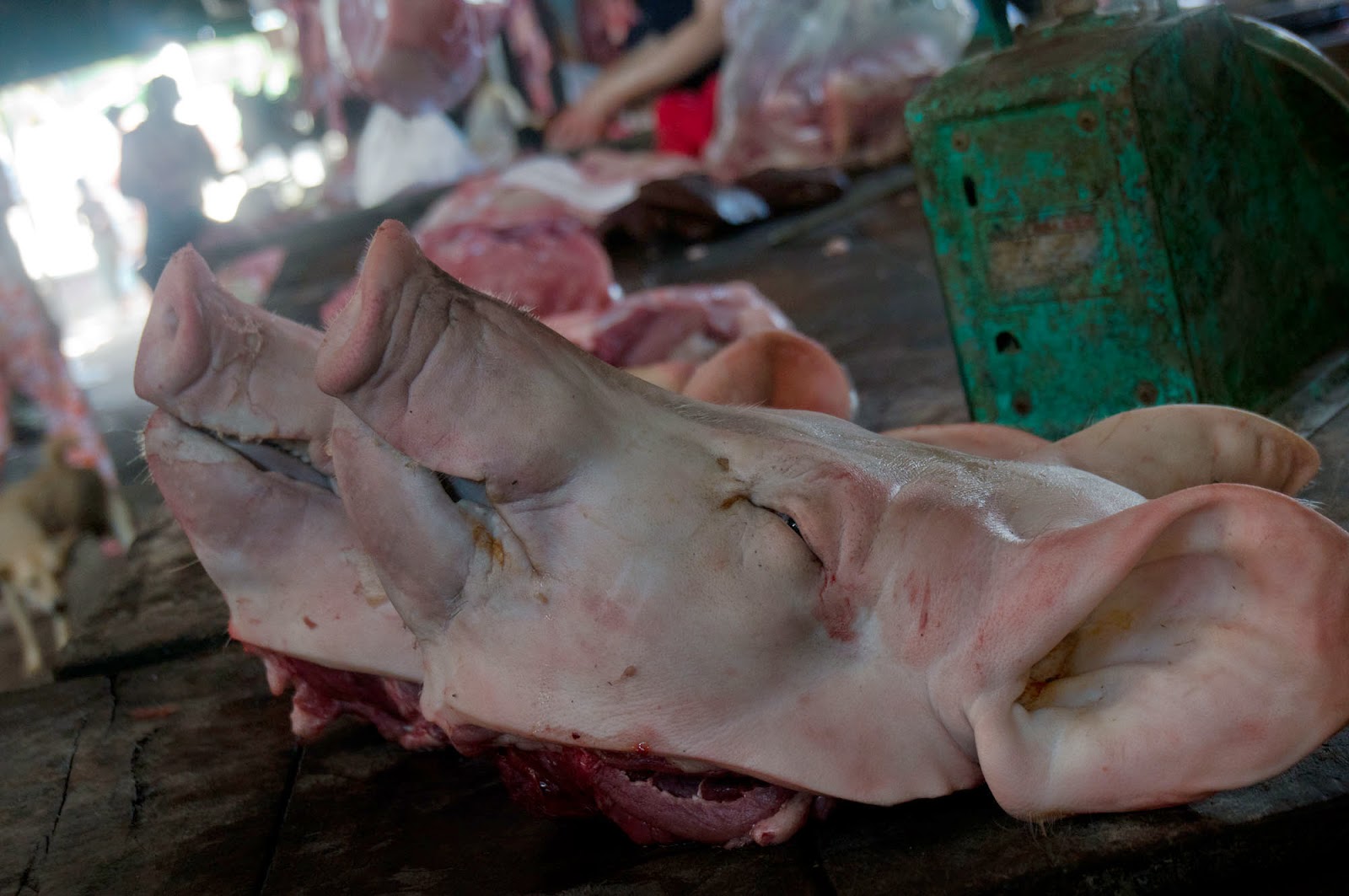 The road from Ambel to Koh Kong goes through Boutum Sakor National Park and is a little hilly. So far Cambodia had been very flat and now I got to feel how it was to go uphill in this heat. I was sweating like never before but still enjoyed the surroundings with forest and green hills. Once out of the forest I was back at by the sea and in Koh Kong. I had a day on rest here and rode around the area a little to the mangrove forest and along the sea side. Tomorrow I’m leaving Cambodia for the second time and heading into Thailand. I’ve had a great time here but also feel excited to move on into Thailand and experience it on the bike.. 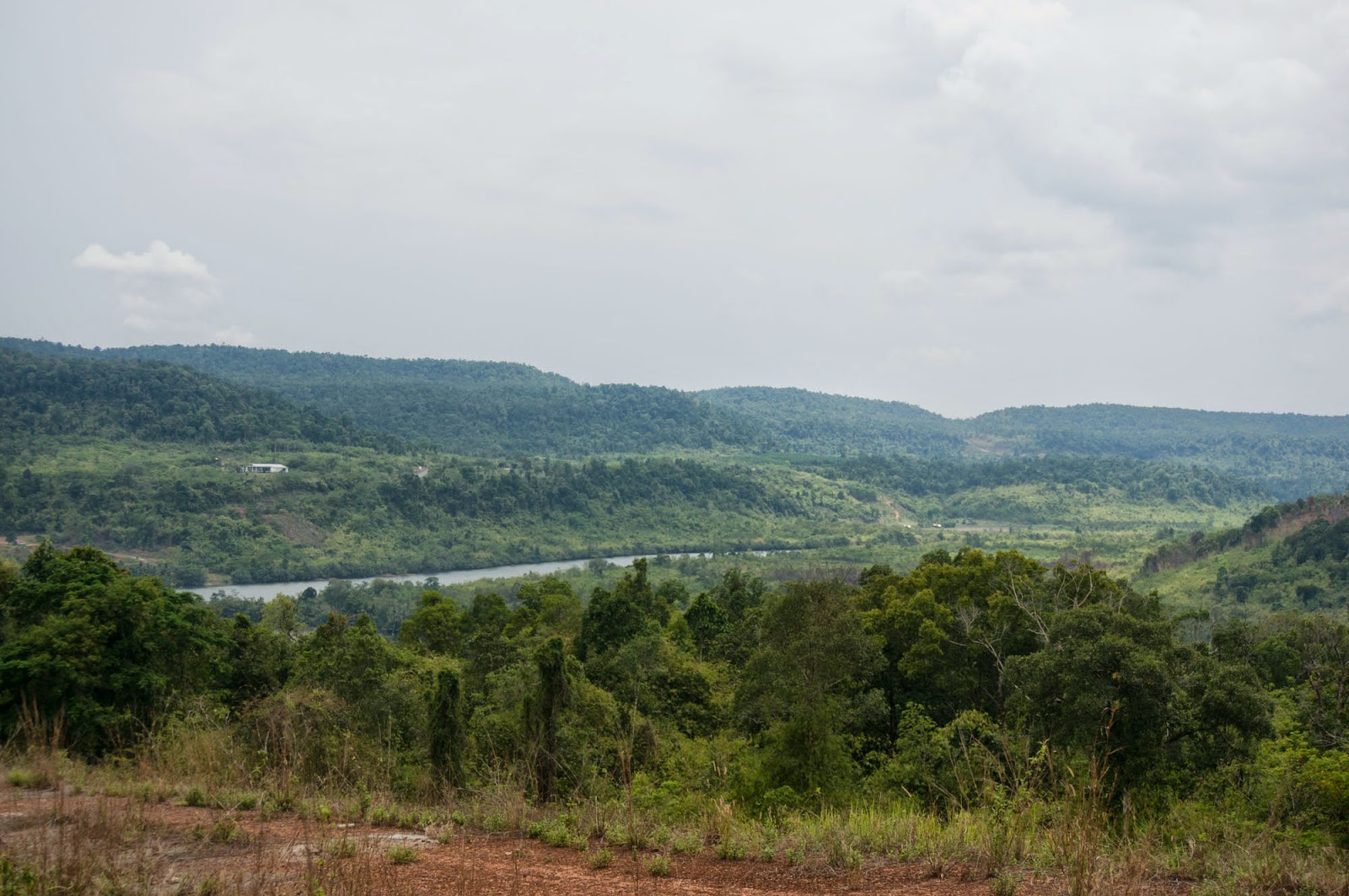 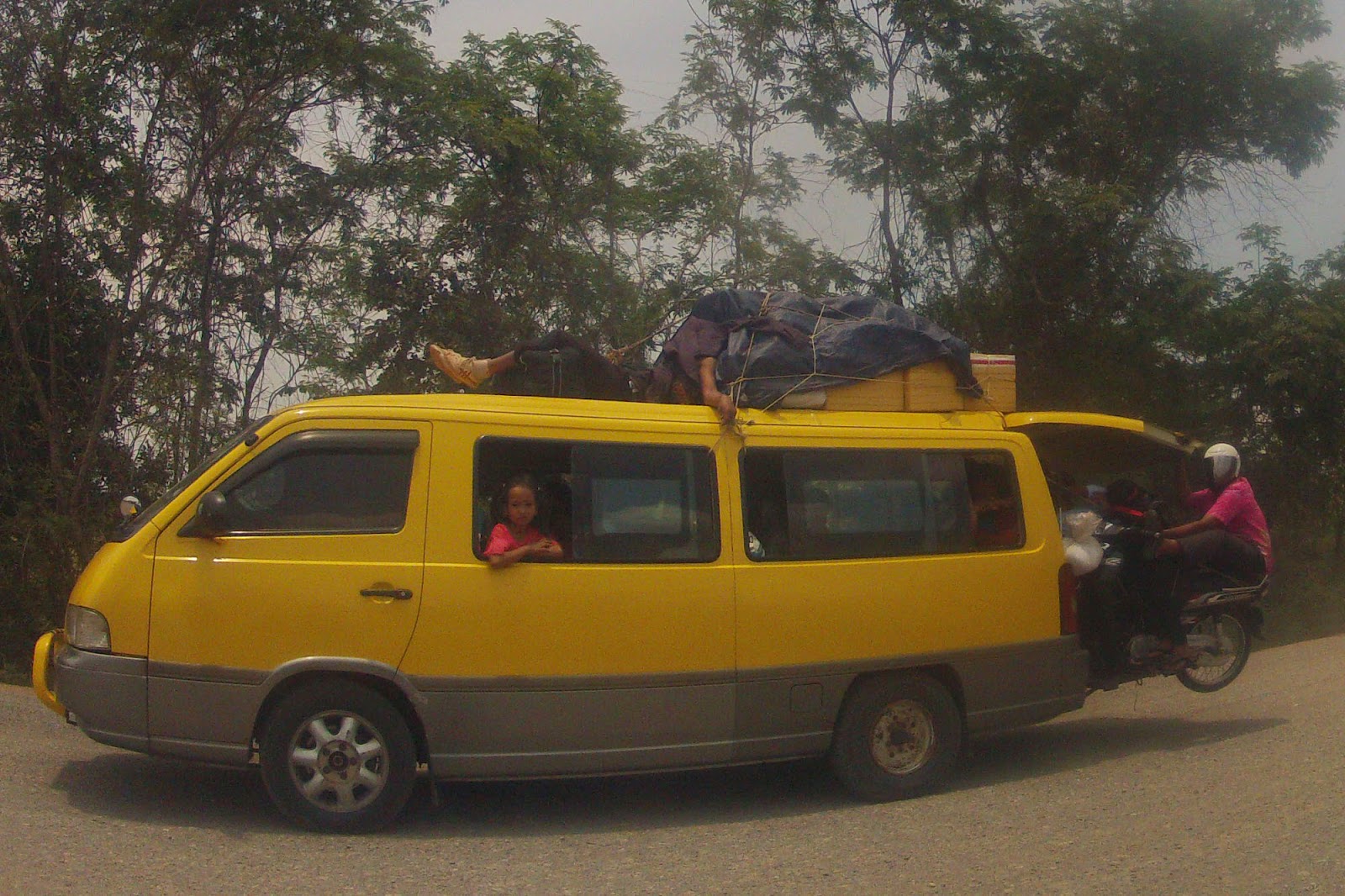