Another New Year, Island life and a surprise

One of the reasons why I went through the south part of Cambodia a little fast in the end was to make into Thailand for the New Year’s celebrations. Songkran as they call it lasts for a few days and during those days there is a lot of fun things going on in the country especially the water fights. It didn’t take long after crossing the border until I had the first bucket of water thrown over me by a happy kid standing by the side of the road. And so it continued for the rest of the ride to the city Trat. I did fight back as good as I could but once I reached the city I was completely drenched with water and with chalk in my face. Likely all of my bags are waterproof so there was no problem. 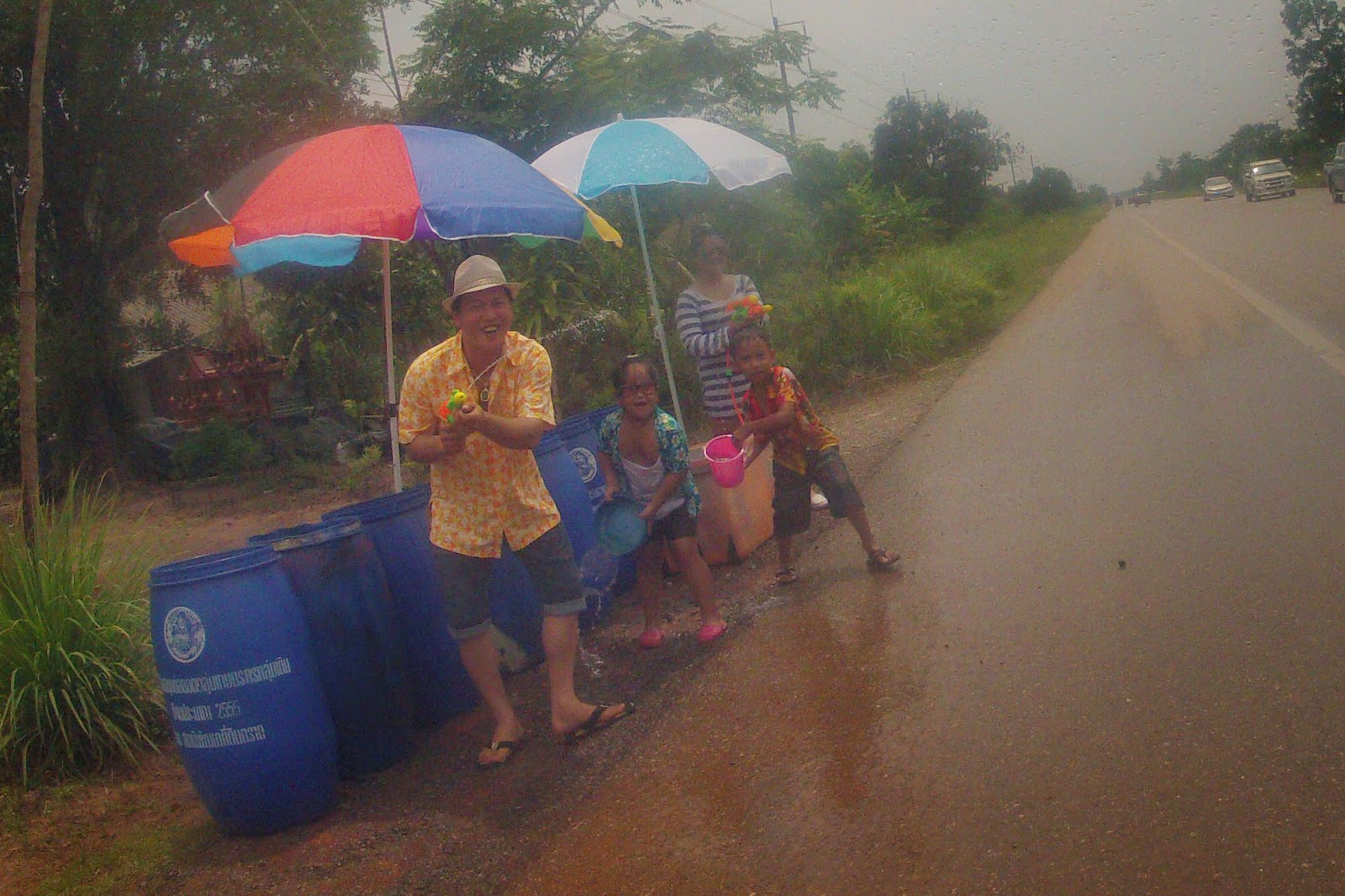 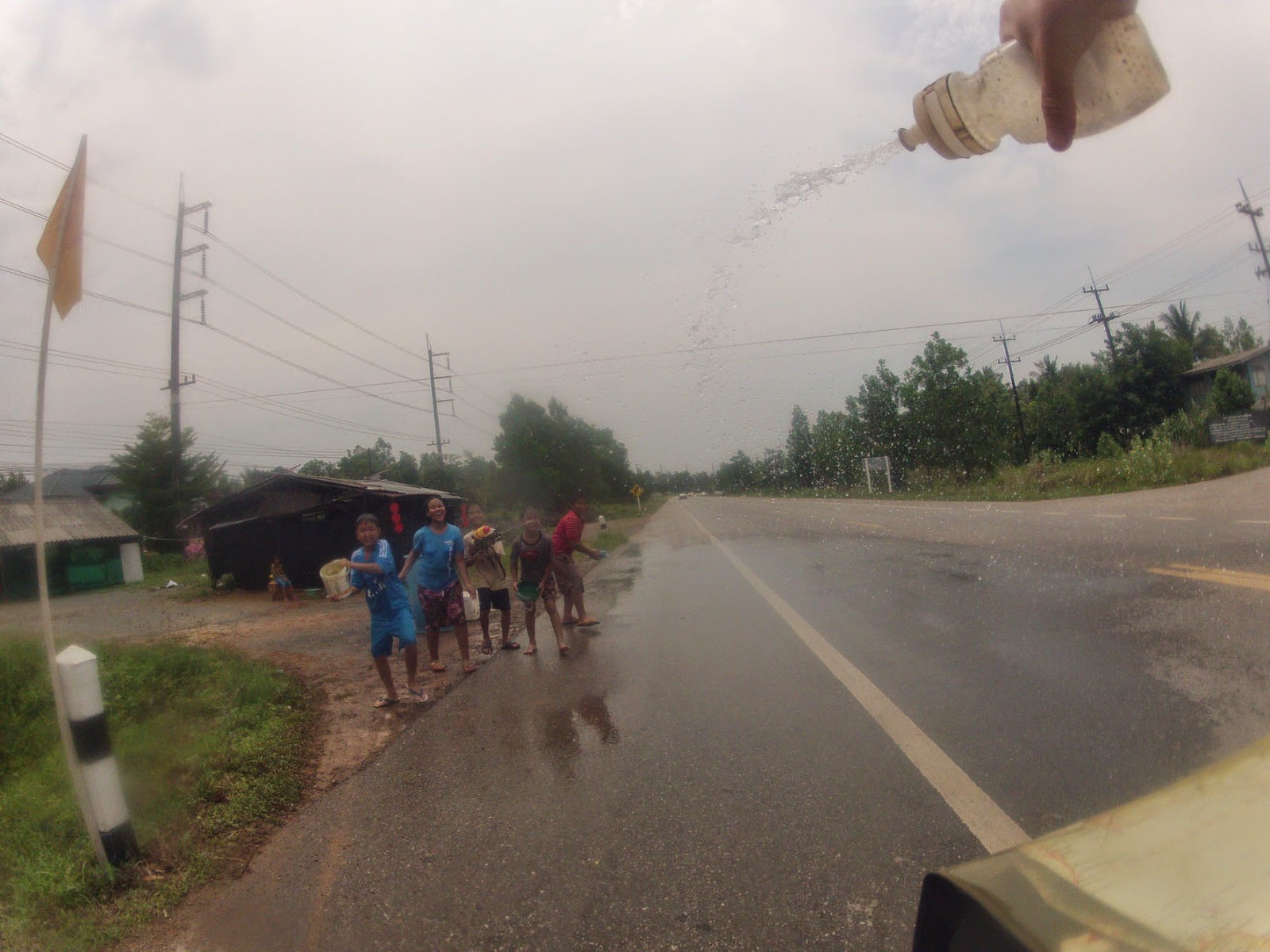 In the city of Trat the main street was filled with happy celebrating people on slow moving trucks throwing water at everyone. And of course extra fun to get to empty a bucket of ice cold water on that foreigner riding by on the bicycle. 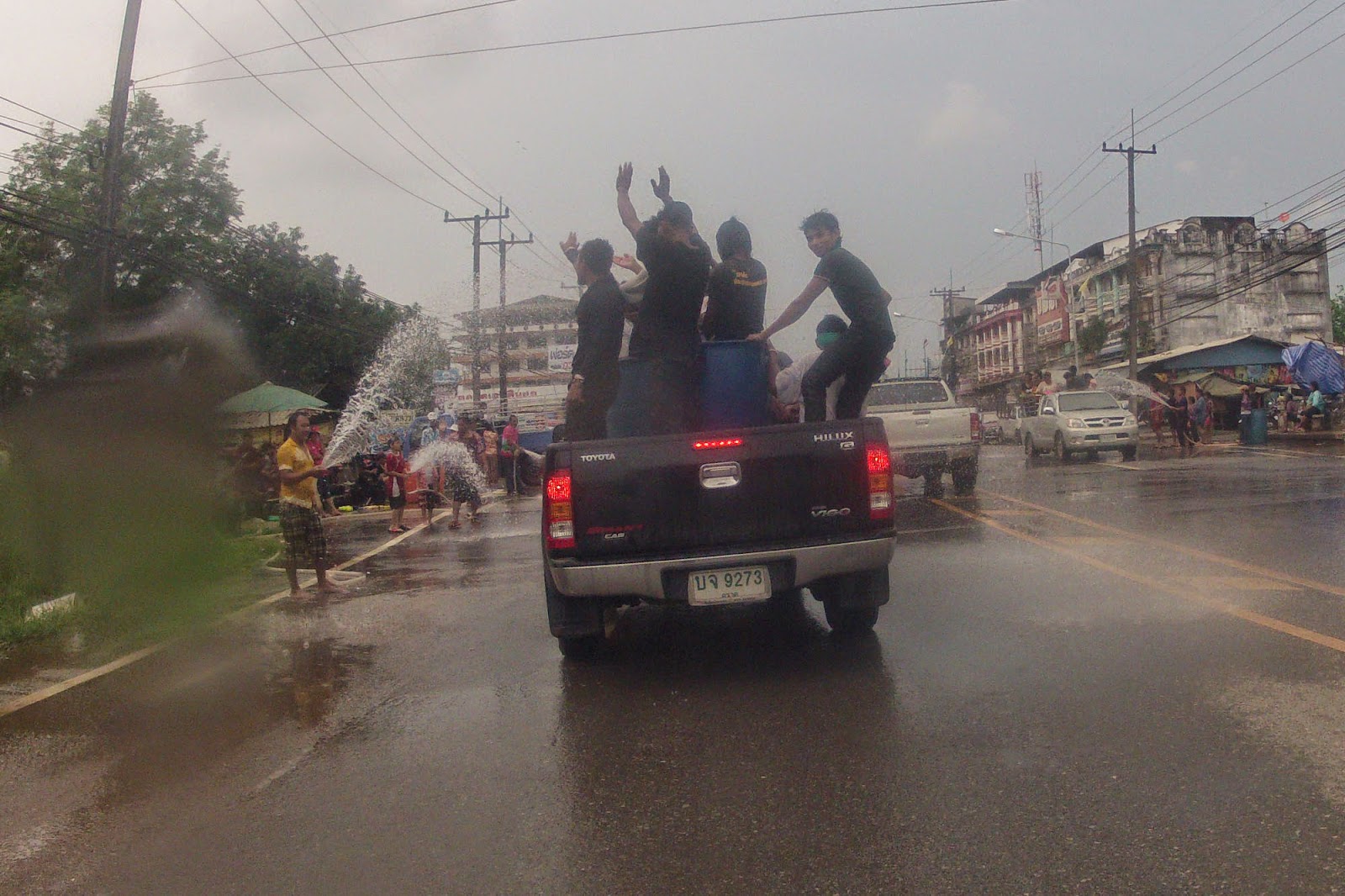 The next day I had dried up and started early before the water fights had started. And I made it almost completely dry to the ferry port. I was heading out to the island Koh Chang for a few days break on some nice beaches. And once I was on the island I understood what the girl at the guesthouse in Trat meant when she said Koh Chang wasn’t a good place to ride a bike. Because on my ride to the south part of the island where I would stay where probably the steepest roads I’ve ever cycled on. And in this humid hot weather it was really hard going slowly up hills after hills. At some points I actually had to get off and push the bike
which I think has just happened once before. And on top of that I had an flat tire just 2 km from the hostel. 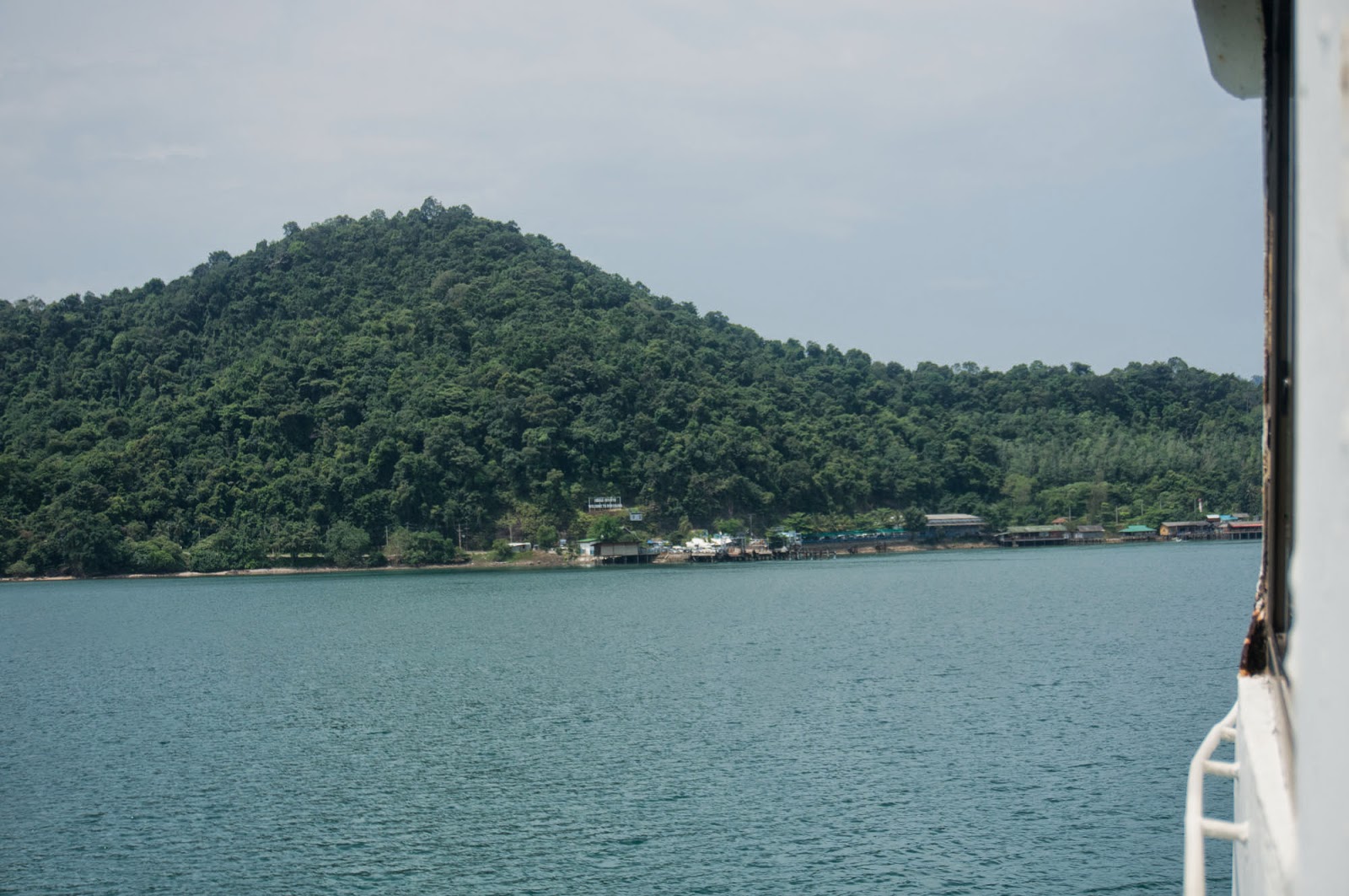 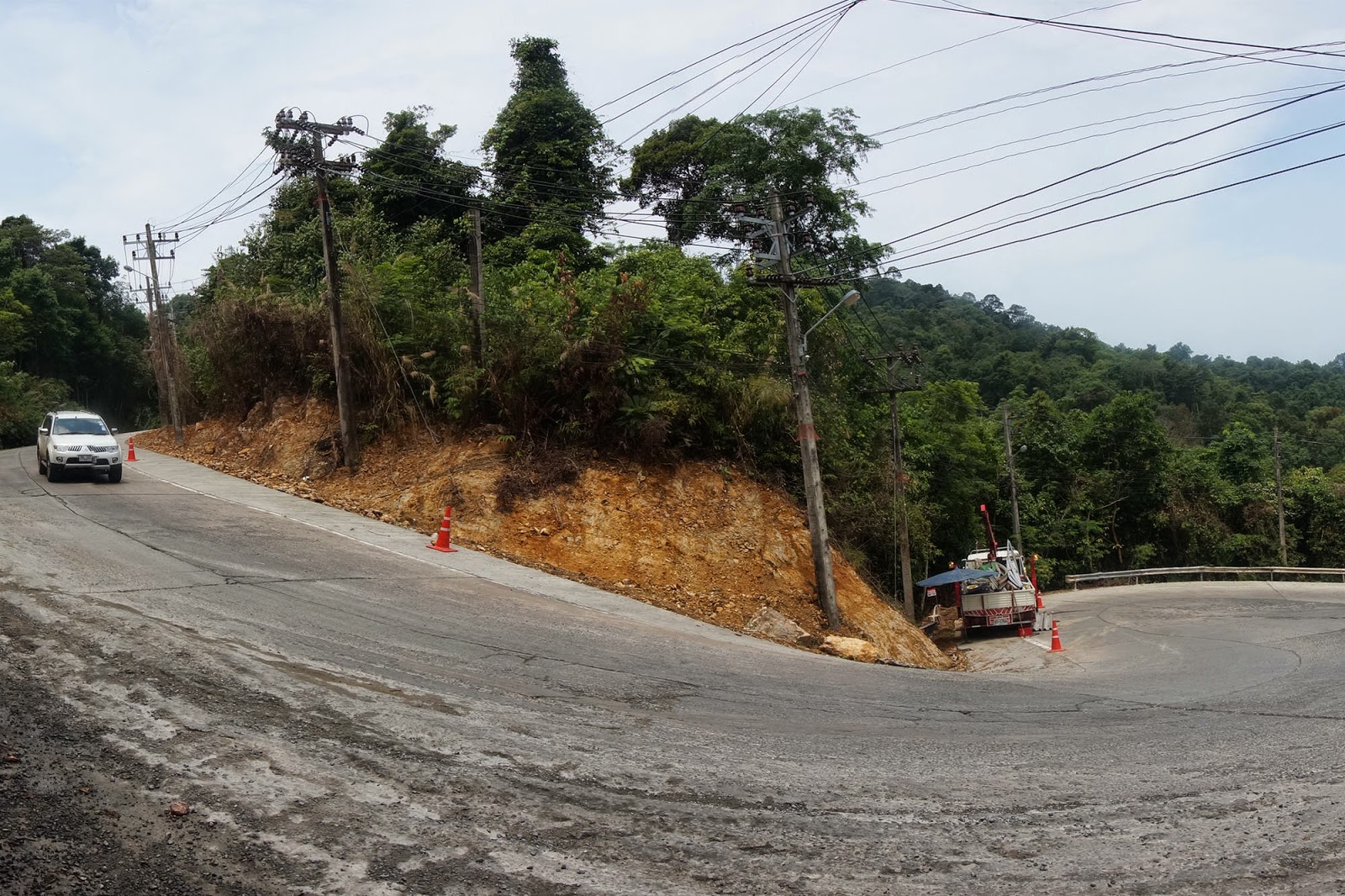 So I was tired and again drenched in water from the water fights once I arrived at the hostel.
It was a really nice place and at a little quieter part of the island away from the most crowded beaches. And after that tough day the next day I just did nothing and was lying on the beach and swimming in the nice warm sea. It was the last day of Songkran and even though it was a lot of fun it still felt kind of nice that is was over and you could walk around without getting completely wet. After a day at the beach doing nothing I felt I wanted to do something the next day and me and some others from the hostel went out on an all-day snorkeling trip off the coast of the island. Unfortunately there’s a lot of tourist in the good snorkeling spots, but when we swam a little further we got away from the crowds and it was really nice. It was a good day and I met some really nice people on the boat. 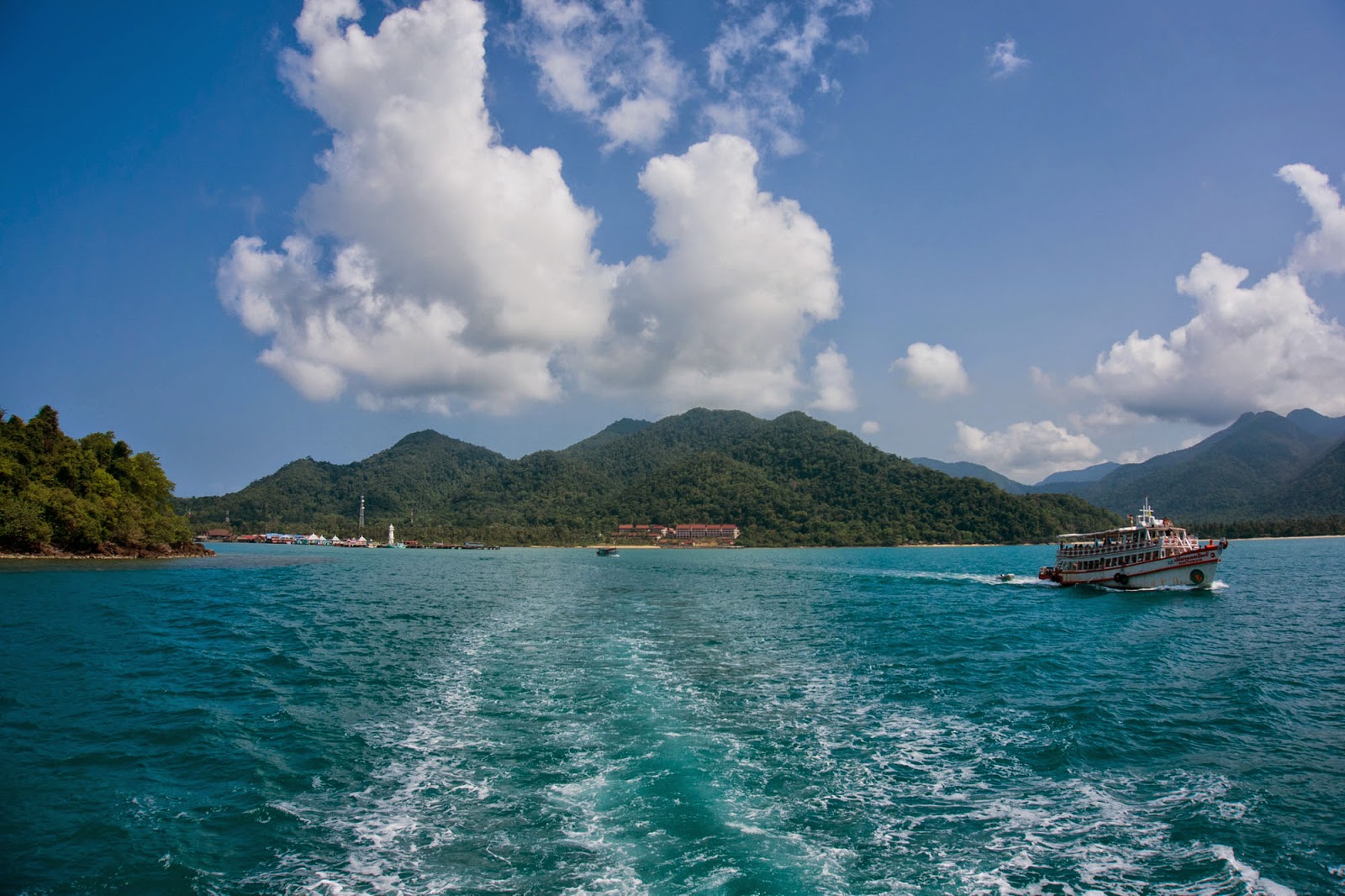 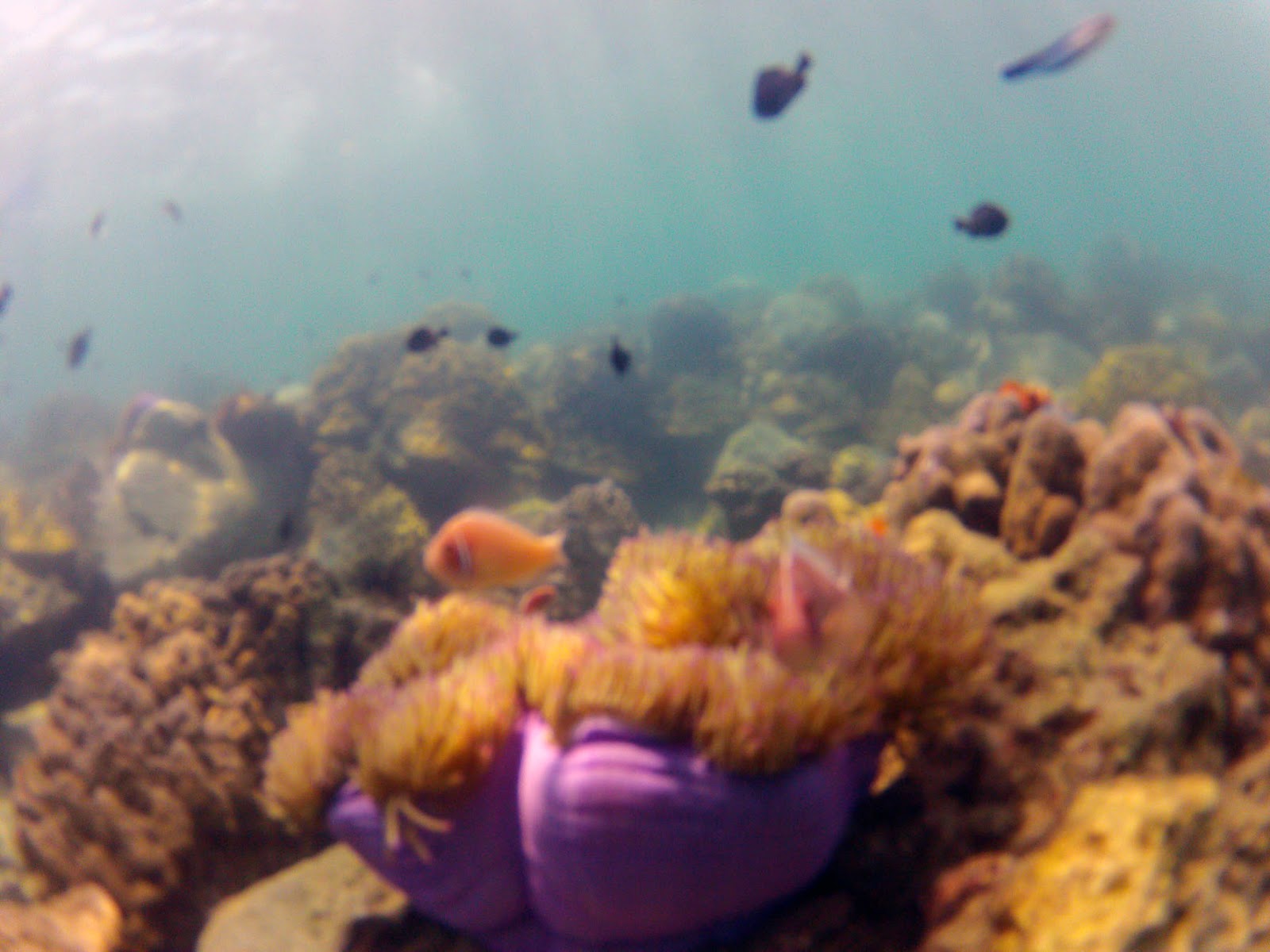 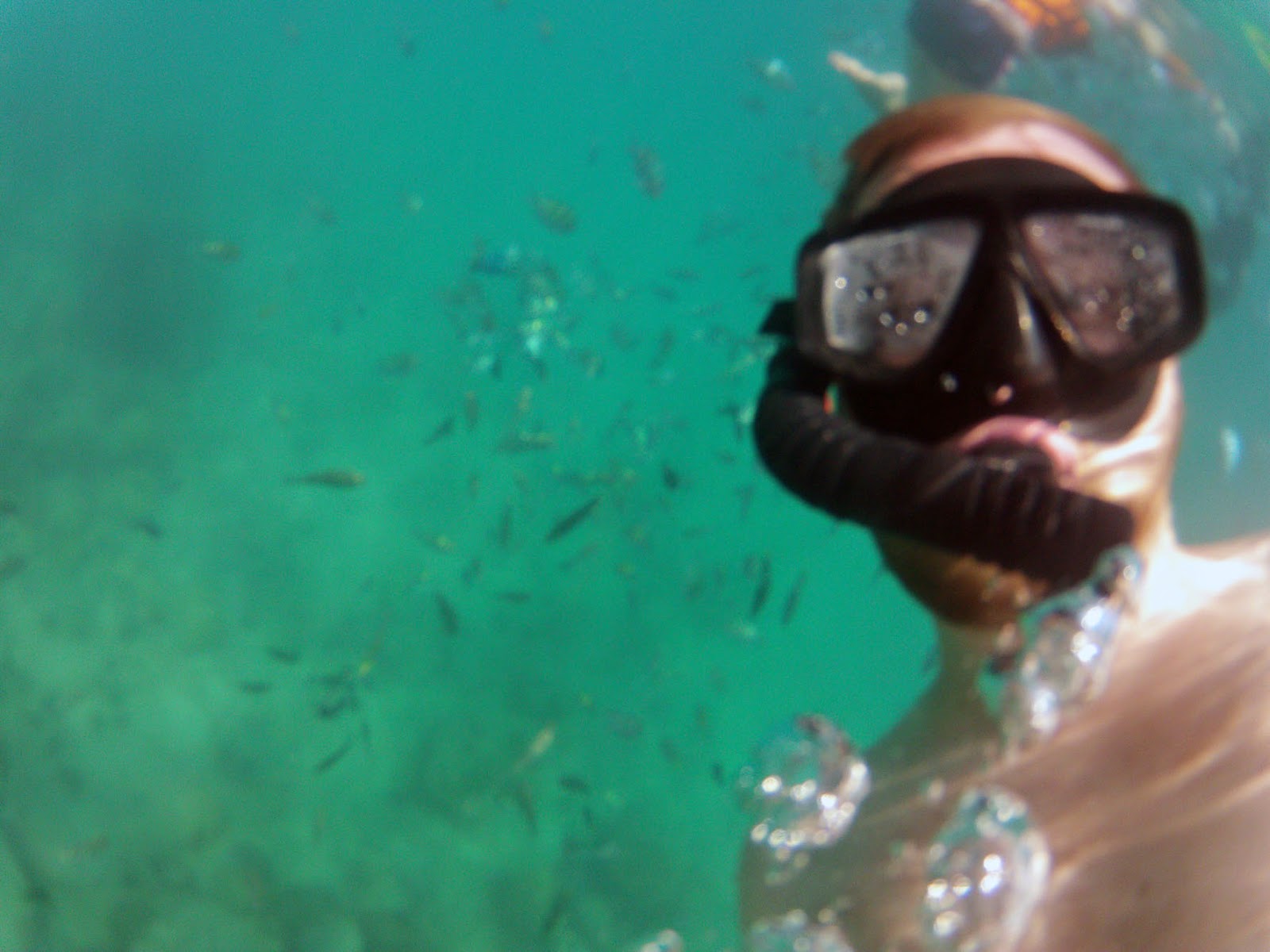 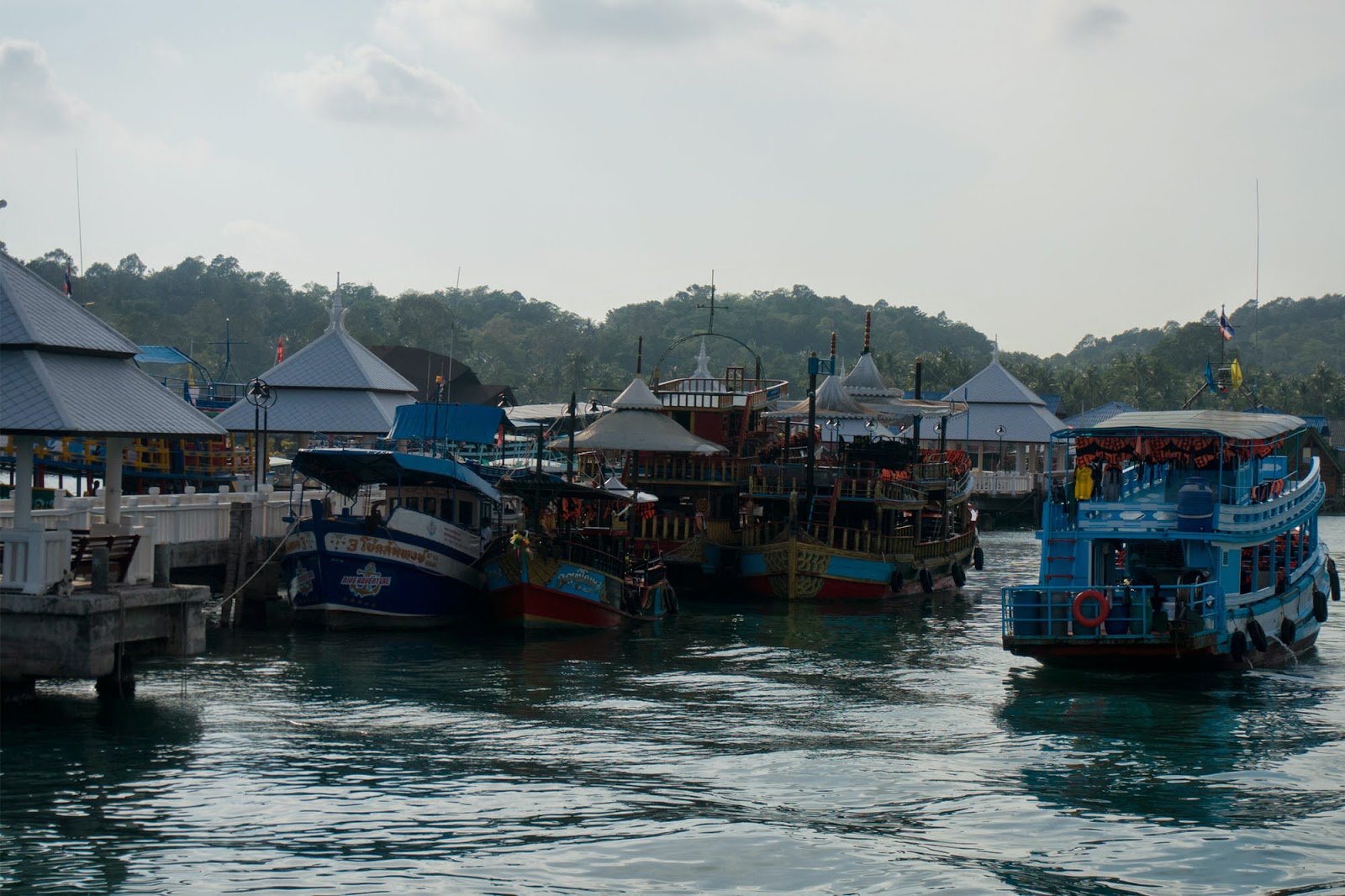 And speaking of meeting nice people, at the some hostel I was staying at two people I had met on this trip twice before had turned up. André and Karla was staying at the hostel, the cycling couple from Brazil who I had met before first in Vietnam and then again in Cambodia. It was such a nice surprise and coincidence that we would happen to stay at the same place at the same time, and this time we had some more time to spend together since the last two times we crossed paths going in the opposite directions. 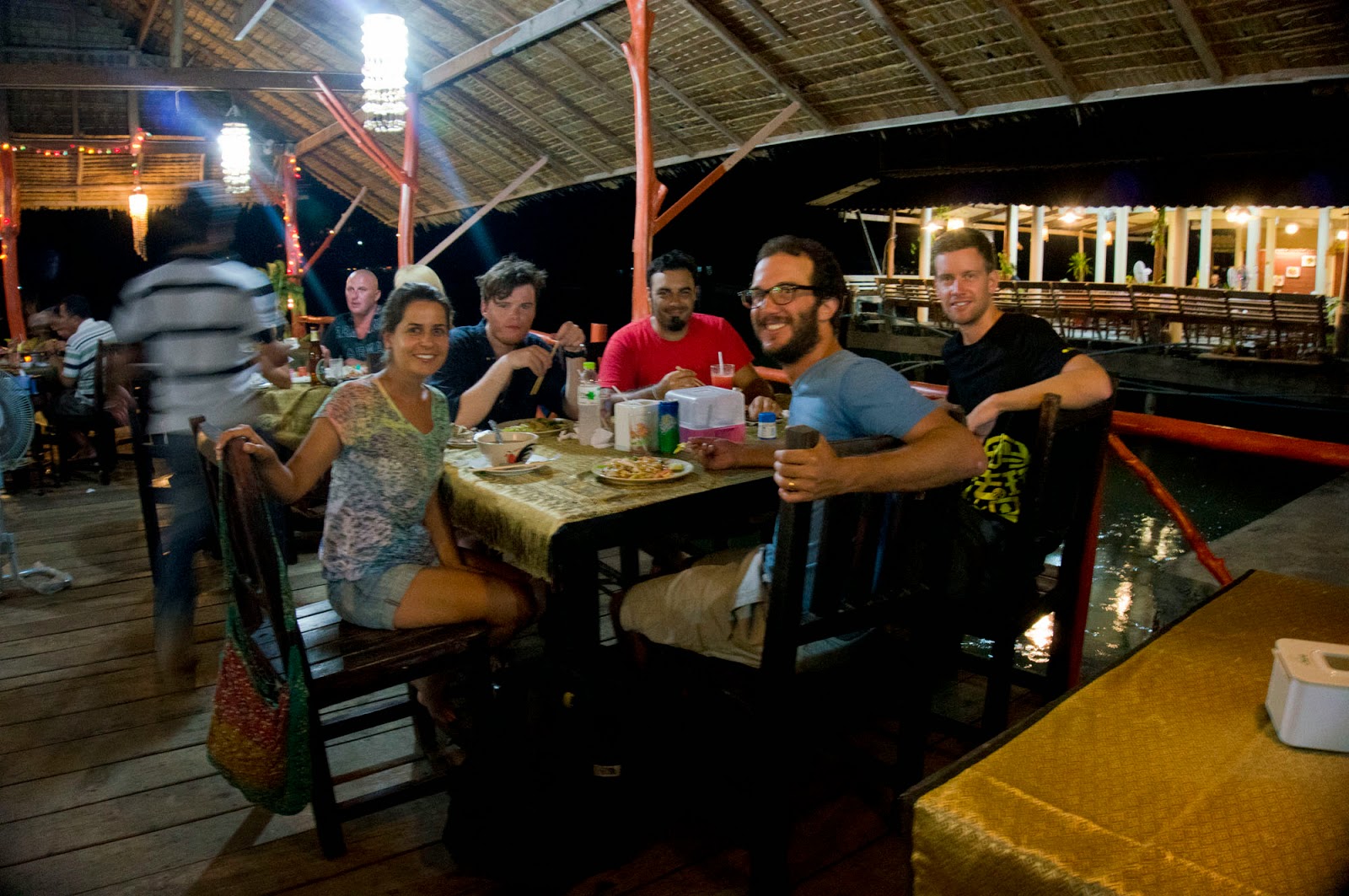 I stayed a total of five days on the island and had a really nice relaxing time, made many new friends met old ones and have some great memories from that place. But eventually it’s always time to move on and on the way back to the ferry I didn’t want to go through the tortures hills again, once was more than enough. So I put the bike on a taxi who had to struggle itself to get up those hills back to the ferry port. But once back on the mainland the roads were flat again and I set my sight on Bangkok. It was hotter back on the mainland then on the island and I missed the nice sea breeze when cycling under the burning sun. But for the most part the wind was in my back and I did around 100 km each day stopping in Chanthaburi, Rayong and Chon Buri before the last ride into the capital. 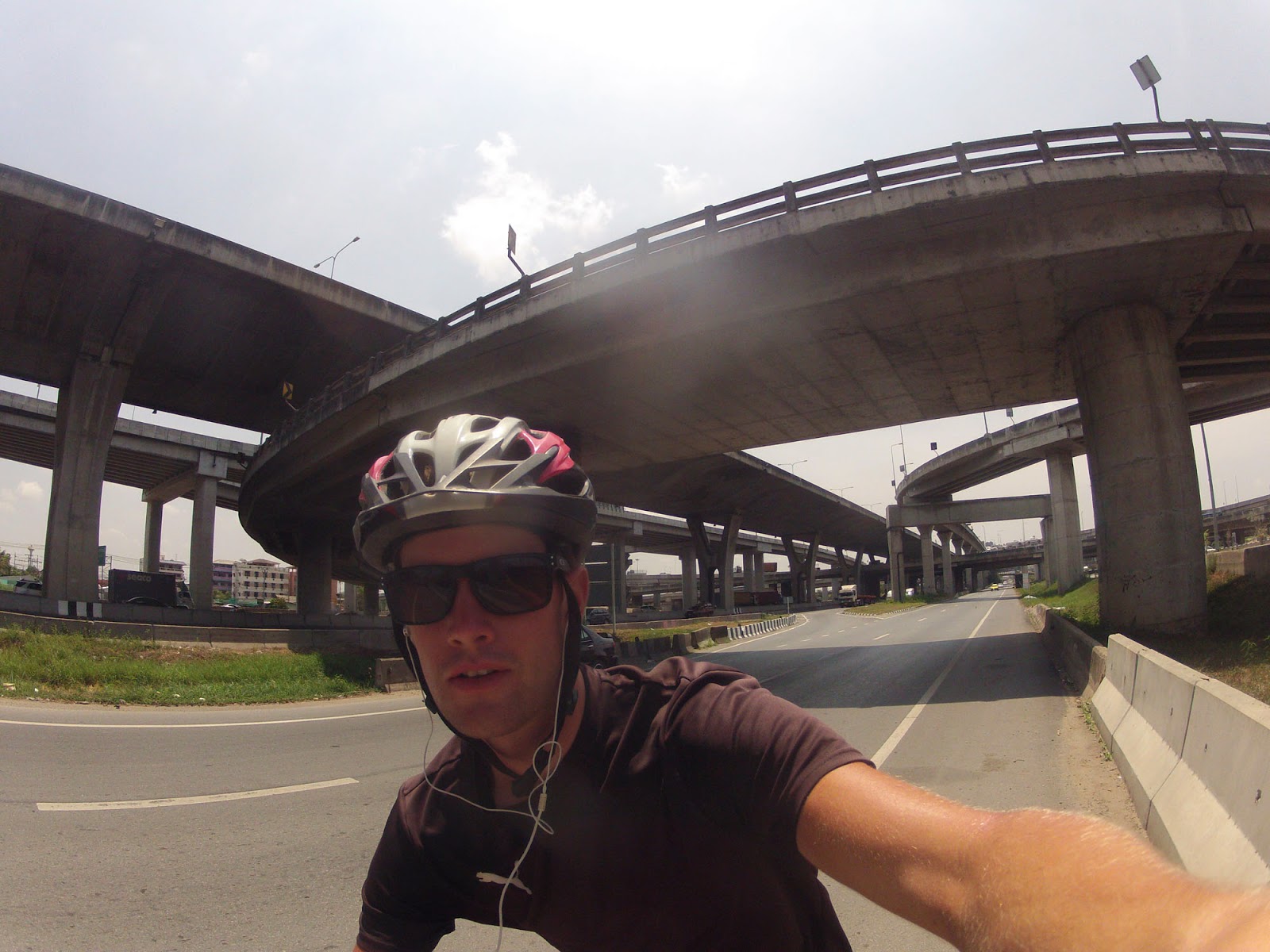 And riding a bicycle through Bangkok is not something I would recommend anyone to do. At first it was okay with wide roads and not to bad traffic. But once I got closer to the center the traffic became really bad with a lot of traffic jams. But the good thing about being on a bicycle is that is easy to ride through a traffic jam, and I was going through the middle of the traffic, on the side and even on the sidewalk. Eventually I made it to where I was staying, a little north of the center. My host Toom is an amazing couchsurfer and just loves hosting a lot of people. This first night we were 6 people staying here.