After leaving Guangzhou I had my sight set on Hainan Island. I hadn’t been cycling along sand beaches since leaving Turkey which seems like a very long time ago. So I was really looking forward to go there even if some people had told me it was a bit too much touristic there. One night on my way towards Hainan I stopped in a small town that unlike many other towns had many old buildings that had not been torn down to build new apartments, and had a really cool main street that was very narrow and packed with people. After I had had dinner I walked into an empty bar to use their wi-fi since I didn’t have it at the little hotel I was staying in. It was a really cool and modern bar and the bartender got very surprised to see a foreigner walk in. And after a while her brother showed up who spoke some English. We had a fun night, the people there were really cool and all my drinks were on the house! 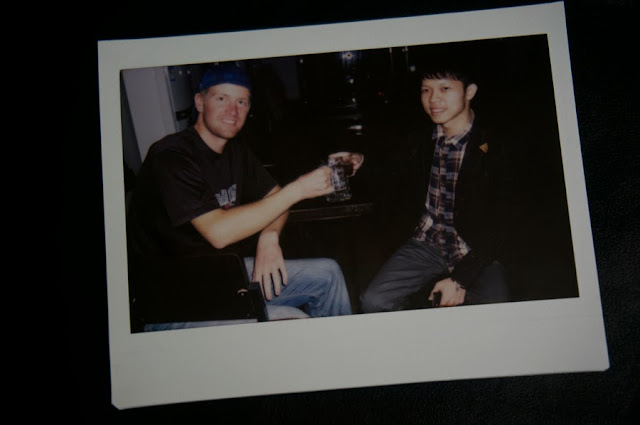 The next day I continued west with a nice tailwind pushing me on. And when I arrived in Zhanjiang and tried to ride my bike over the bridge a guard grabbed a hold of my bike and told me it wasn’t allowed to ride on the bridge. Since small scooters where allowed I thought the same applied to the bike, but apparently not and I had to turn around and ride to the ferry that went over to Zhangjiang. There I stayed with a teacher at the university, a really cool man named Denis from Canada. I stayed for two days and hung out with him and his girlfriend Mya and had many interesting conversations about our views of China. And since he had been living here for 7 years he saw things a little different than I. 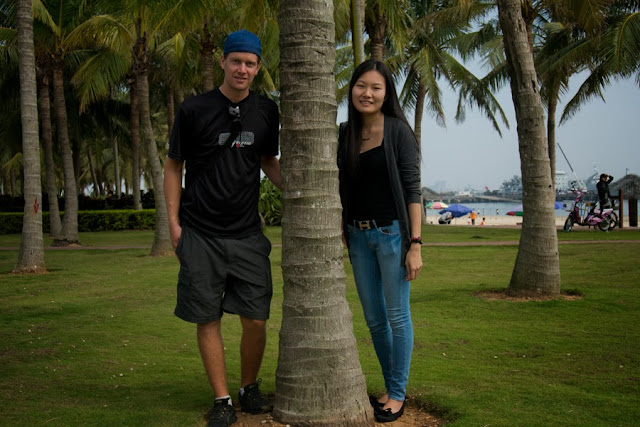 After Zhangjiang it was time to head for the island. I had to ride 140 km to the ferry and the small road I choose was not very good and even worse was the “shortcut ” I decided to take. But I made it to the ferry at about 5 pm, and during the day I meet two other Chinese cyclists also going to Hainan. We rode together and had company on the two hour bout ride to Haikou. 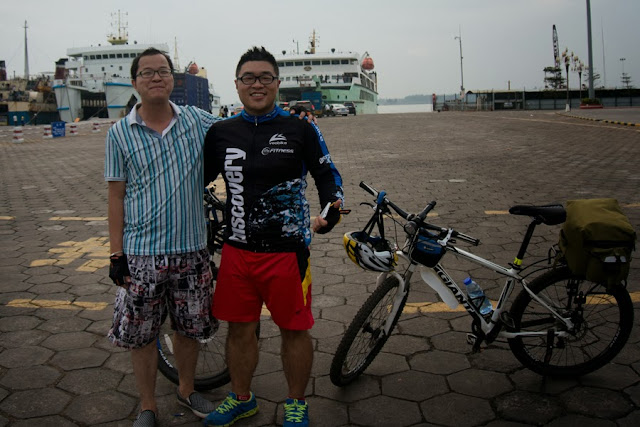 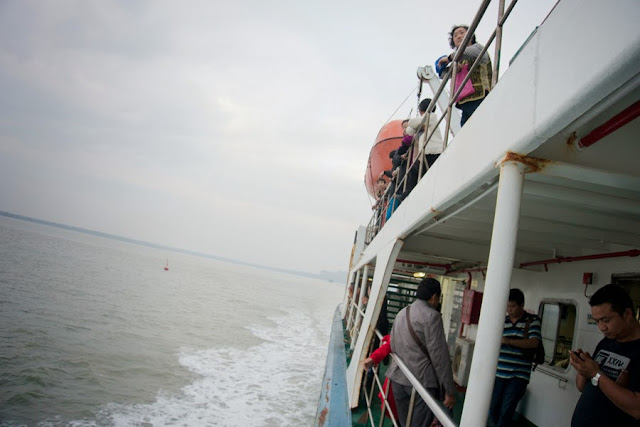 But once we got over to the other side we split up since we had different plans for your time on the Island. They were cycling around the island starting with the west side. And I planned to stay in in the first city Haikou a few days and then make my way down the east side. In Haikou I stayed in an apartment occupied by a really nice bunch of people. There was a Russian couple with a baby on the way at any moment, three Polish and once Chinese girl. I stayed for three nights and also met up with another couch surfer on the last day and had a really nice day with some sightseeing around town. The architecture in the old part of town is really interesting and not at all traditionally Chinese. We also had some really tasty local food like oysters, crab and a lot more. 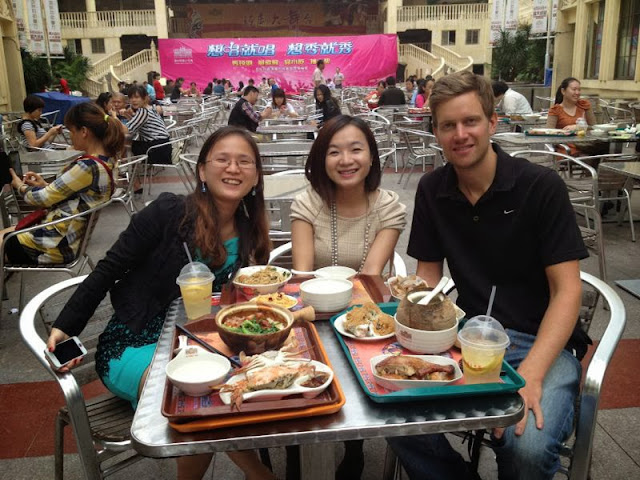 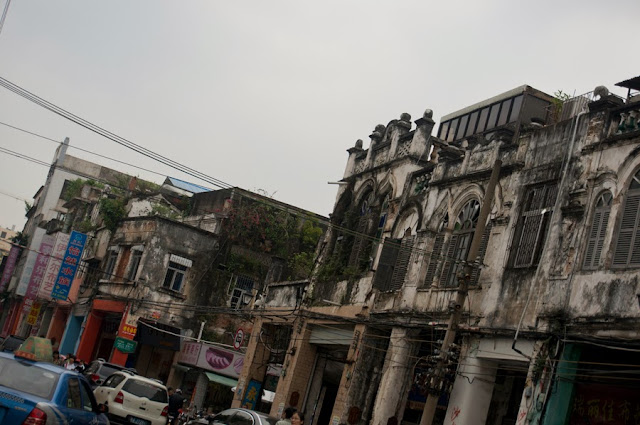 The next day I got back on the bike heading south. It was mostly transport the first day on a gray rainy day. The day after I ended up at a couch surfer’s parents house. She worked in another city but arrange for me to stay there. It was a little difficult because they didn’t speak any English. But it was fine for me and I tagged along with the father to go fishing. I got a couple but not as many or as big as her dad; the master fisherman. 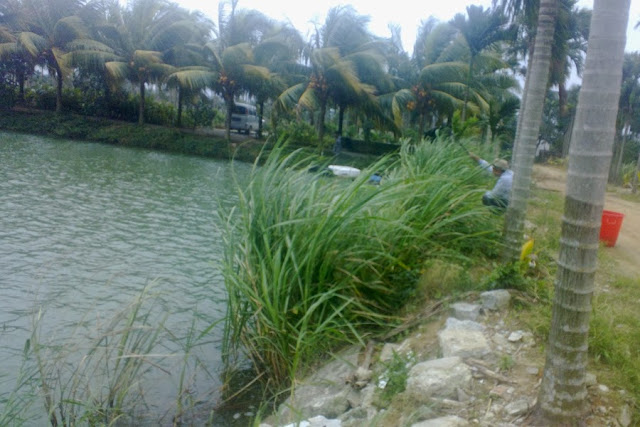 The wind continued to be in my favor as I rode along towards Sanya. There I had made plans to meet up with a friend that I had meet a couple of weeks before and we had a great weekend where I got spoiled, staying at a really nice resort in Yalong Bay and the last night at a cool guesthouse in downtown Sanya. There’s a lot of hot springs around this area and even on mainland around Zhangjiang I saw many signs for it. So on Sathurday we had a very relaxing day at a hot spring resort and I have never been so relaxed in a long time. Except for when we went into the fish therapy pool. A bath filled with small fishes that eat on your feet. And for someone as tingly under my feet as I am it was difficult having a straight face. 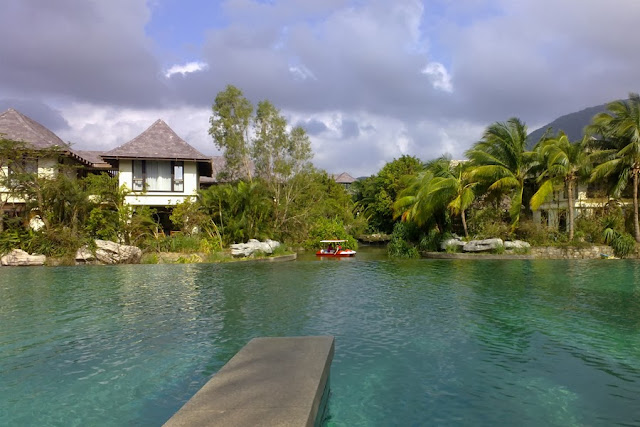 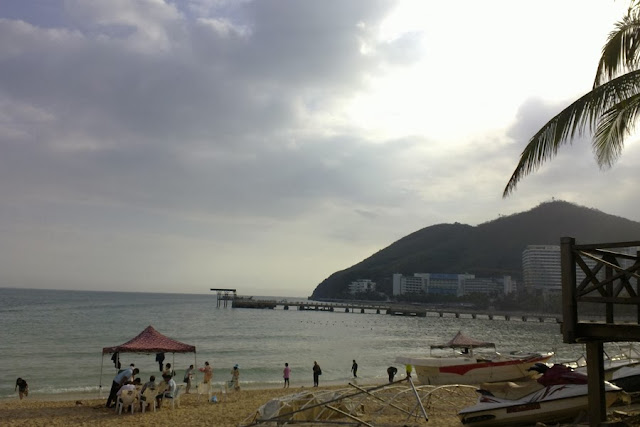 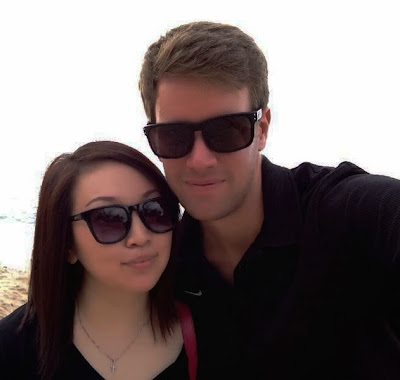 After a little mini holiday I got back on the road. And instead of riding around the island I had instead decided to go up through mountains back towards Haikou. People I talked to suggested it and said it would be more interesting than riding the west side where the road is quite far from the sea most of the time. But it was hard work riding up the hills in the tropical weather, even though it is “winter” and not as humid as it is during the summer. But it was still very sweaty getting up the hills under the burning sun. But the big upside to being in this sort of place is the fruit. Everywhere along the road you can stop and buy fresh delicious tropical fruits like bananas, mango and jackfruit. 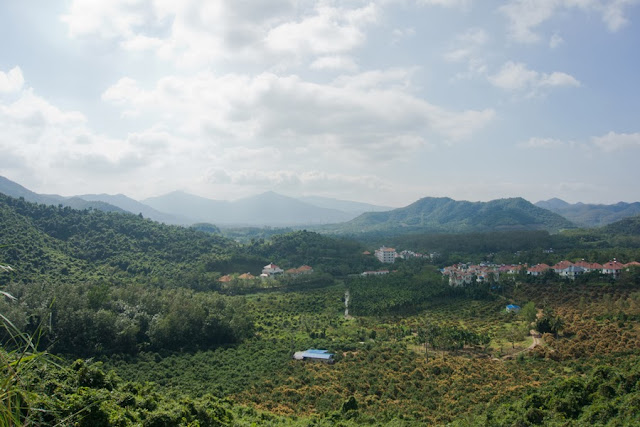 The first two days after leaving Sanya was very hilly and the second day I got up early and left Wuzhishan in the morning before it was too hot. And the biggest climb was right after leaving Wuzhishan and the road went up to about 900 meters. And the rest of the day continued with the road going up and down and of course the downhill’s are over so fast and the uphill’s seems to go on forever. And when going fast down a hill I got a reminder what can happen if you’re not careful and go too fast. I came up to a long line of cars and saw there had been an horrible accident with a car and a bus. And what I thought about after was that it is strange that I haven’t seen nothing like this before since many people here drive like crazy and you always have to be on the lookout for crazy drivers, motorcycles coming right at you on the wrong side and people walking out in the street without looking. So I’m lucky that nothing have happened to me.. . “Knock on wood”. These people were not as lucky. 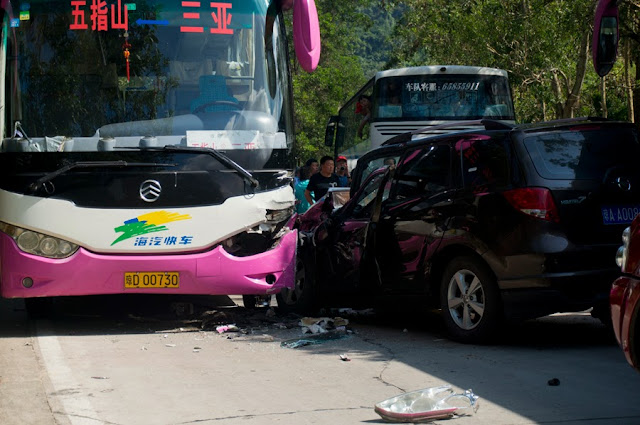 Today I rode from a small town named Tunchang back to Haikou. The mountains were done so it felt nice to ride on flatter roads after two days with a lot of uphills. But I prefer uphill to what I had to deal with today. Almost the entire way there where road work and where there was no road work the road was extremely bad with many holes muddy gravel roads and trucks blasting by covering me with dust. 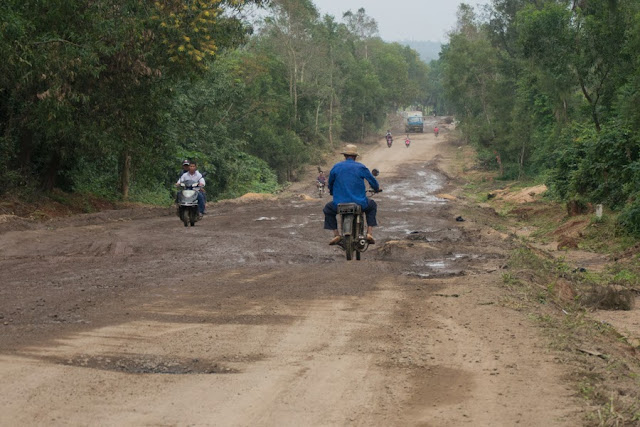 So now I’m back in Haikou staying with Sara who was the couch surfer I met up with the last day during my first visit in Haikou. And soon I’ll get back to the mainland and make my way west towards Vietnam. China has been awesome but I’m looking forward to go to a new country, hear a new language and meet new people.
Upplagd av Samuel Eriksson kl. 04:54