From huge cities to the country side

When coming back into China I stayed a couple of days with Stacey, the same host I had in Shenzhen before I left for Hong Kong. And it was really nice coming back to a familiar place, something I don’t get much of. Unfortunately I was coming down with a cold and wasn’t feeling too well. So resting up at Stacey’s place was exactly what I needed. But I wasn’t very sick and still had fun there and she took time out of her busy schedule to spend time with me. She introduced me to some great food and I ate and ate, with was really good because I still had some weight to put on after my stomach problems the week before. I left Stacey and Shenzhen on Thursday and cycled just 60 km to Dongguan. It was nice to have a slow start after not cycling that much for a while and also because of my cold. 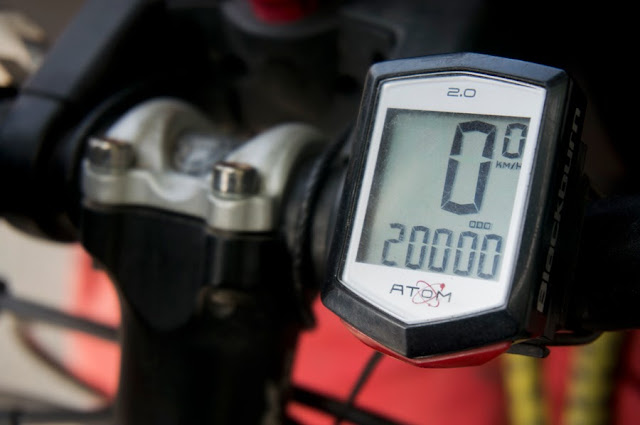 
I knew cycling in this area wouldn’t be much fun because it’s so densely populated, and it even if I’m cycling from one city to another it almost feels like I’m not leaving the city because there’s housing all along the road. And even if I tried to find smaller road there still a lot of traffic and the air quality is really bad. But luckily it was a short ride to Dongguan where I met up with my host Tian Ye and had some lunch. He didn’t speak much English so we had some misunderstandings, but it was still a nice day and we went to the Keyuan Garden that was a place with old buildings, a nice garden and a museum. There we also met a very interesting old man who had studied in Sweden among other places and we stayed there for a while and talked. 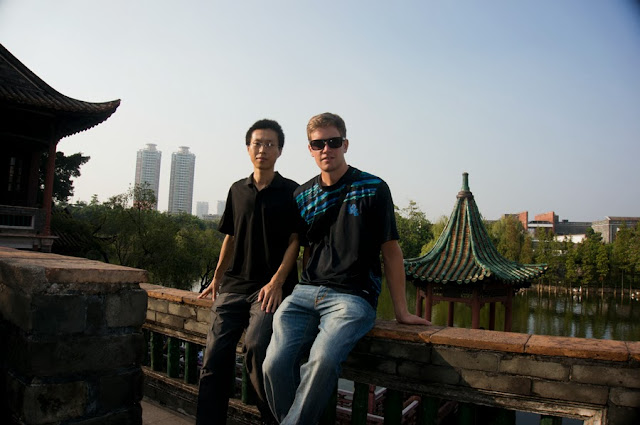 The next stop was the huge city of Guangzhou and yet again I had to deal with the heavy traffic into the city. I stayed with Isabel who was Canadian/Taiwanese girl teaching at a collage. She had a nice big apartment a little north of the center with was kind of nice because it was calmer then the busy center and also with an awesome view from the balcony. And I was not the only couchsurfer at her place, there was also Pawel, who was staying for a longer time and later in the day another Chinese girl named Amanda arrived. It was great meeting other surfers and in the evening we had a really nice oyster dinner at one of the favorite spots close to the flat. The next day I met up with another couchsurfer while Isabel and Amanda went to the zoo. Sundae and I where both very indecisive so we just wondered around town, tried to get into the museum but for that I would have needed my passport. But we still had a nice time and decided to meet up later that night. 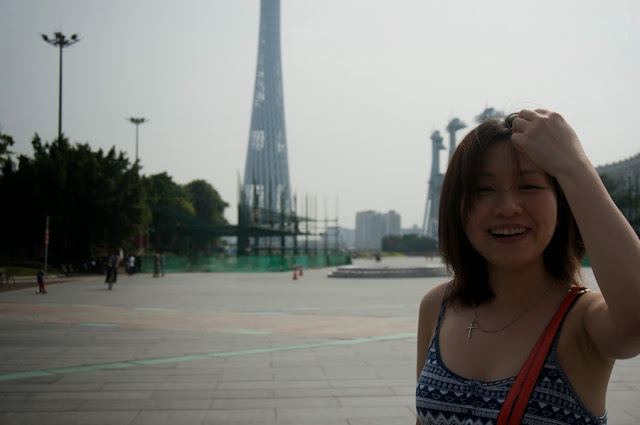 I got on the metro and met up with Isabel and Amanda outside the zoo, both a little tired after a whole day of walking around. Amanda and I went to see the Chang Long International Circus, something I had never heard of but was told it would be up to the standard of Cirque du soleil. And it was a really awesome show. It had everything from amazing stunts to a bear riding a motorcycle. 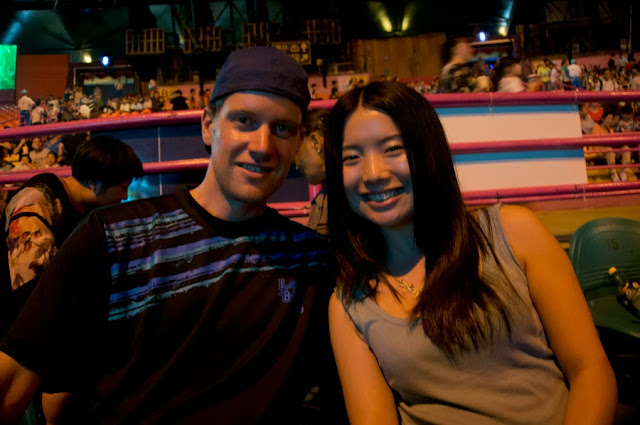 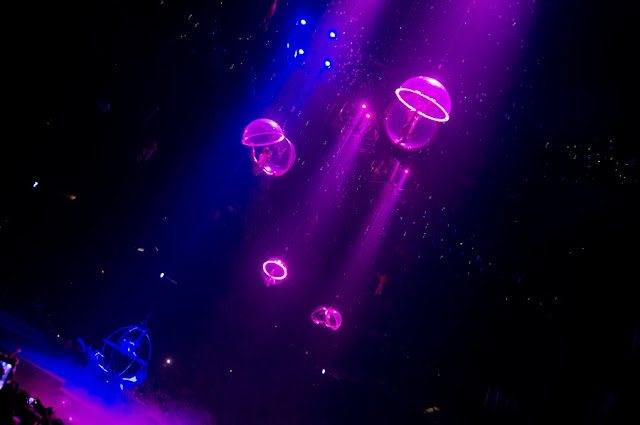 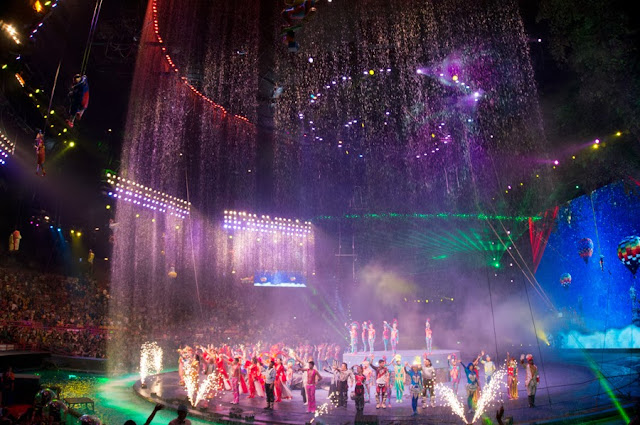 Us three met up with Sundae and her friends at a cool student bar with cheap bear. It was a nice ending to a fun day. The next and last day for me in Guangzhou was a little slower pace and I met up with yet another couchsurfer named Wendy. We had a tasty dinner and the funny thing was that she worked for the same company as Amanda did. But in different cities, so they didn’t know each other.
On Monday it was time for me to get back on the bike and try to make it out of the enormous city. It was not fun at all and the traffic was crazy. But eventually I made it the 100 km to Zhaoqing where I was staying at university campus with a teacher. But he wasn’t mainly an English teacher but a Polish teacher. I never thought anyone taught Polish in China, so that was a bit of a surprise. Tomasz was a really nice guy and we had many talks about really everything. But he was a little busy with work, but then it’s a great way to be in contact with more than one couchsurfer in a city. So the second day in Zhaoqing I met up with Renee later in the evening for a little walk around town and dinner. Unfortunately it was raining a lot this day so when walking around the big lake I couldn’t really see that much with was a pity since everyone said very nice things about the lake. 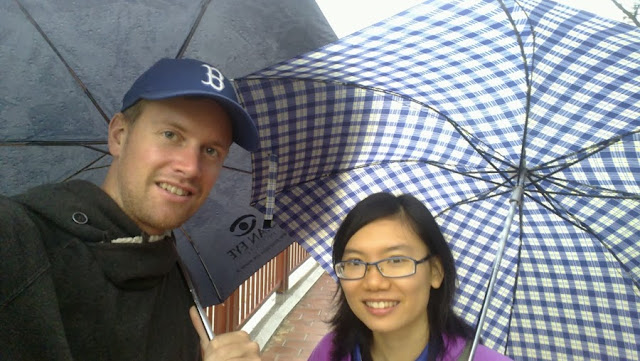 It wasn’t raining when I left Zhaoqing the next day, but it was gray skies and I was ready for rain later on. But even if it rained later that day and the road had a lot of ups and down with some very steep uphill’s it still felt great to be out of the area aroung Guangzhou and Shenzen where the traffic is really bad, and instead be cycling among the hills with green surroundings, fresh air and almost no traffic. 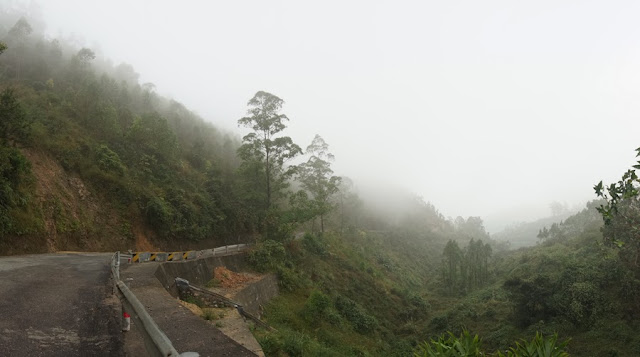 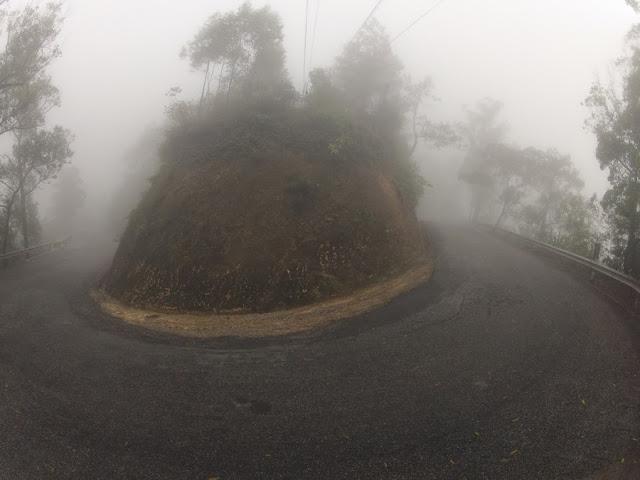