On my feet again

Last Saturday I cycled into Ganzhou on a nice road going through some hills away from the heavy traffic. It was a fairly short ride so I could take my time and enjoy the scenery. 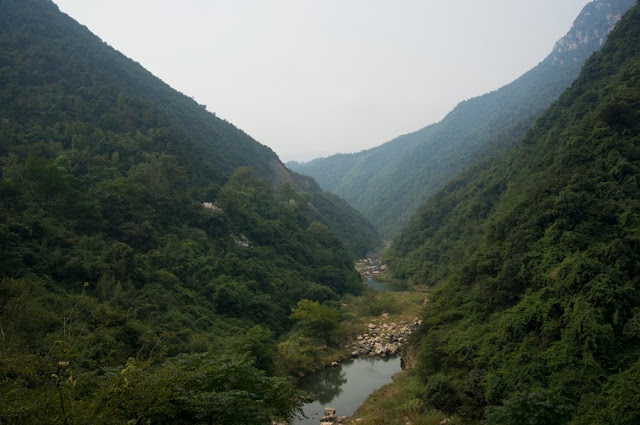 But once closing in on Ganzhou the traffic started to get thicker and the constant honking began again. As many time before here in China my Couchsurf-host was an English teacher. Joe was an American guy who hadn’t been in the city for long but was an avid traveler with many cool stories to tell. Since he was new in town we decided to explore the nightlife with his friend and colleague Malcolm. After walking along the “party street” for a while we decided on one place and went inside. I have gotten used to being stared at in China but maybe it was even more when I was with Joe who was 190 cm tall guy with long blond hair. So you really get noticed walking into a club. Another funny thing in a town with not so many foreigners is that the ones you see you tend to start talking to. So at the club we quickly met a British guy named Tom, a Zambian girl named Tandy and her friend. We had a really good time and got back late that night. 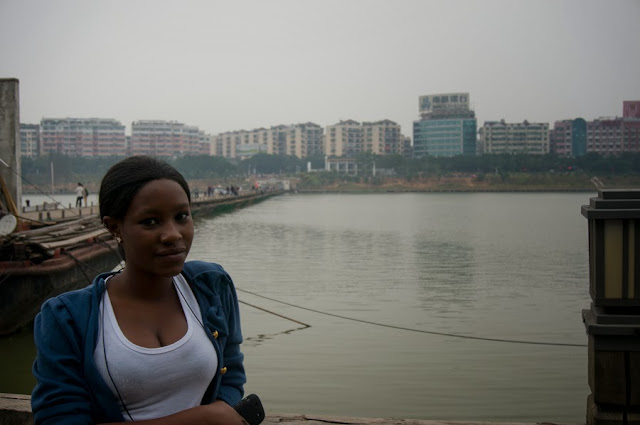 The next day Joe had to do some work so I met up with Tandy that I had met the night before and had a little look around the city. I met up with Joe again for dinner at the University campus, something I regret now. Because a few hours after that dinner my stomach started turning and I knew something was wrong. But I was hoping for the best and went to bed and planned on getting up in the morning and start cycling again. But very soon that morning I realized that it would be impossible. I had no energy and though I would take a nap and see how I felt after that. That nap lasted all day, and even if I slept almost all day I still slept pretty much all night too. The following day I could eat a little and tried to prepare myself for heading off the next day. And that morning I thought I was good enough to ride. My stomach was still not good but I had a dead line to think about and I didn’t want to get on a bus. So I set off and had decided to ride 140 km this day (very optimistic). After riding about 40 km I got really bad stomach pains, I had something’s in my bad to ease the pain but it was still really difficult cycling on. And every time there was a slight uphill I could feel how little energy I had in my legs. But eventually I reached my goal for the day and checked in to the first hotel I could find. Once I was in my room I just lay down on the bed and fell asleep. I woke up after an hour and crawled into the shower. That night I seriously thought about staying there until I got better and then get on a bus to Shenzhen. But the next morning after a long night sleep I felt a little better and got back on the bike. This day I only planned on doing about 80 km so even if I didn’t feel great It still felt like I could make it. The road was rougher today with more hills and my genius shortcut took me on a small gravel road that was either straight up or straight downhill. 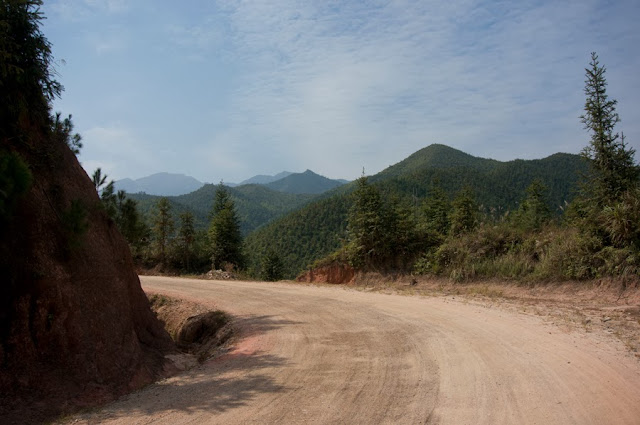 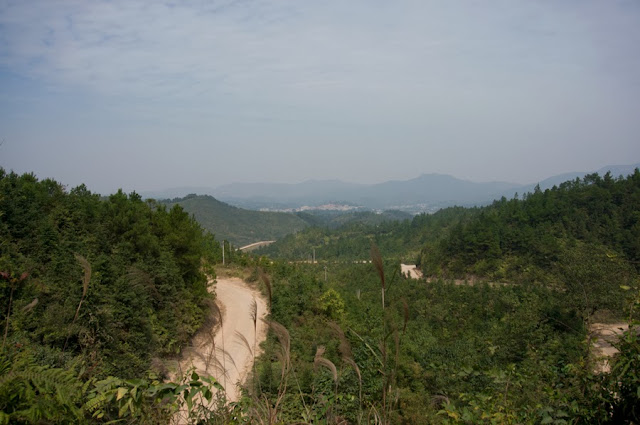 Even today the stomach pain came back after cycling for a while but the day was shorter and I got more rest at a hotel in Heping this day. The mood wasn’t at the top when I still felt bad the next morning. Today I had a host waiting for me in Heyuan and I really wanted to feel better so that I could be more social and a good guest. Luckily it all turned around during this day. At lunch I still didn’t feel great, but a little better and once I reached Heyuan I hadn’t had any stomach pains during the day and once I had met my host Wu and his lovely family had set the table with a lot of tasty food my apatite was back and I was really hungry! I had to stop myself not to eat too much and chock my stomach. I had a nice evening in the village house outside the city and talked traveling with my curious host Wu. 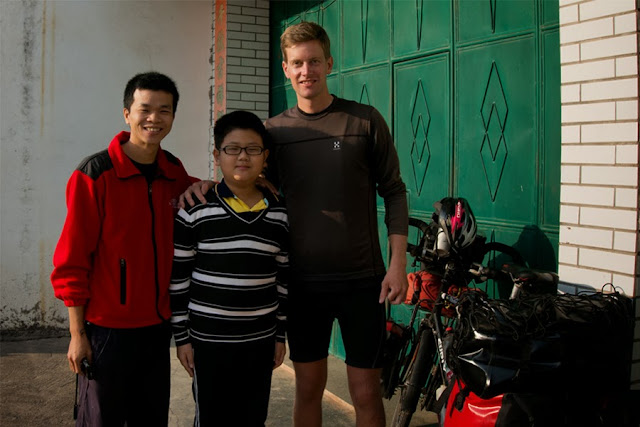 We parted the next morning after a great breakfast with the family and I cycled on about 100 km to Huizhou. My stomach was back to normal today and that felt awesome after almost five days of problems. But I don’t have the same energy in my legs as before and I need to put on the weight that I lost during these days. The road between Heyuan and Huizhou was fairly flat so I got there in good time and met up with my host Yu and his friend in the city. We had a really nice evening and ate a great seafood dinner in the old part of town. 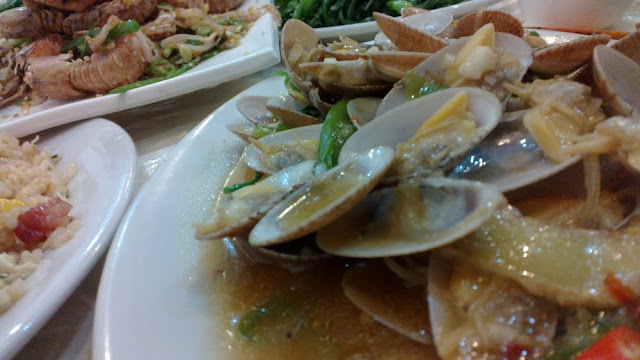 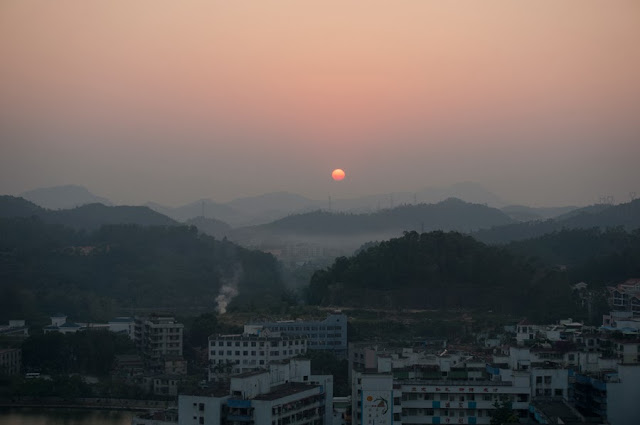 I could afford one day of rest and decided to take it here today in Huizhou and Yu and I had a nice day together. But we slept in and didn’t set out for brunch until midday. For me it got a little late last night because of “El Clasico” that started at midnight here. I hadn’t seen a football game in a while so it was really nice, even if it was a stream on my little computer. 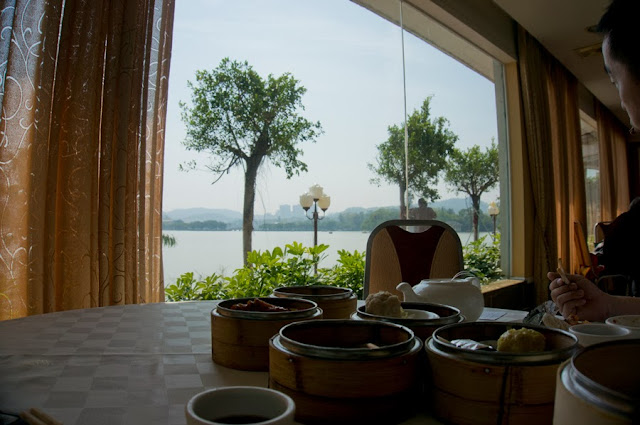 Tomorrow I’m cycling to Shenzhen, the city that borders to Hong Kong where I’ll cross over to on Tuesday. Just hoping it won’t be too difficult cycling in to the mega city…  It probably will be!
Upplagd av Samuel Eriksson kl. 04:53