On my way south 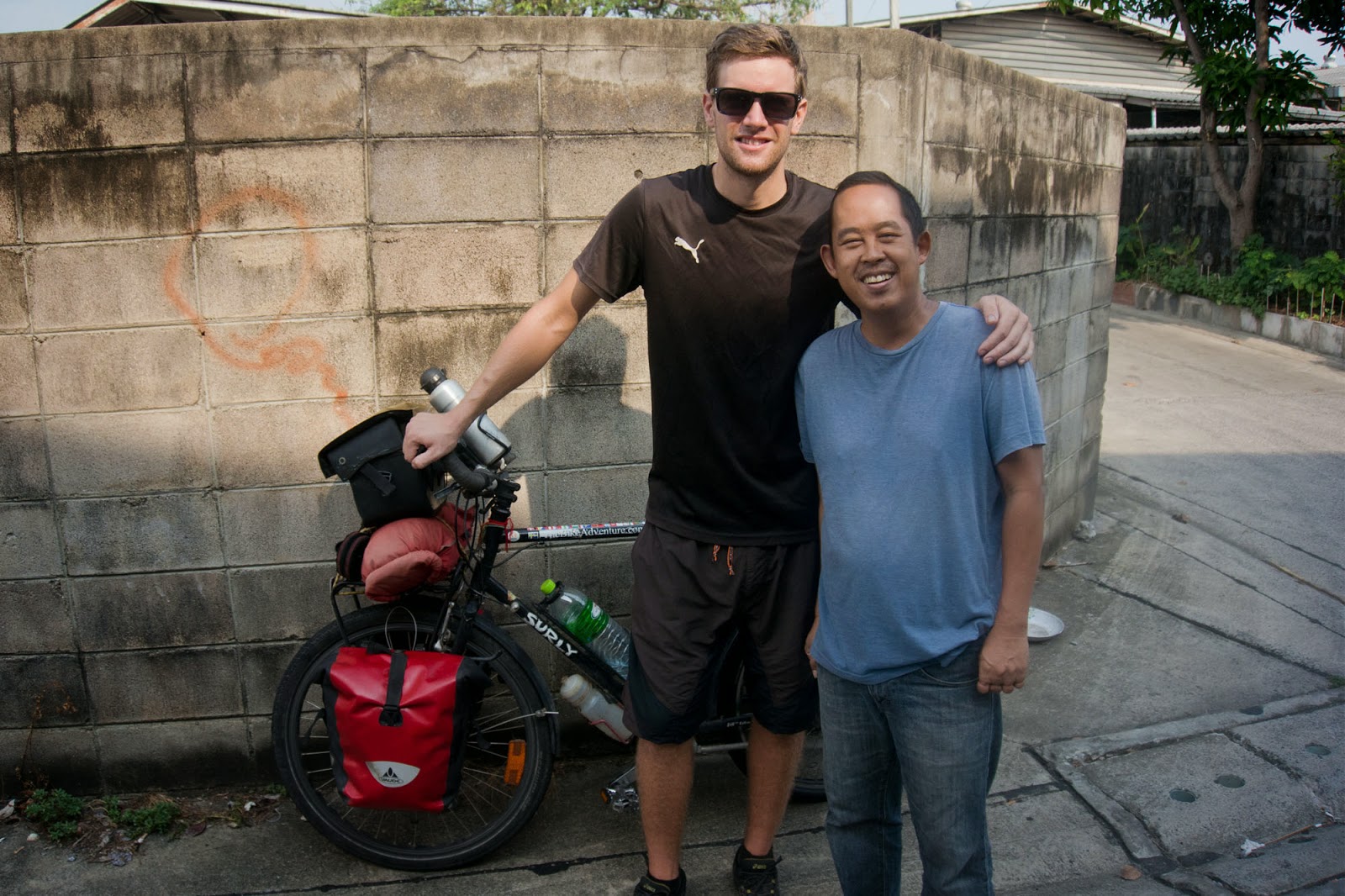 Riding a bicycle in and around Bangkok is not something I would recommend anyone. Even though I rode 90 km it still felt like I hadn’t left Bangkok, there’s so much traffic and I was just looking forward to get away from that. And it was much better day two when I found some nice small roads to follow close to the sea. For a long while the road went through massive salt fields, and it was really interesting and nice to see the work going on in the fields. 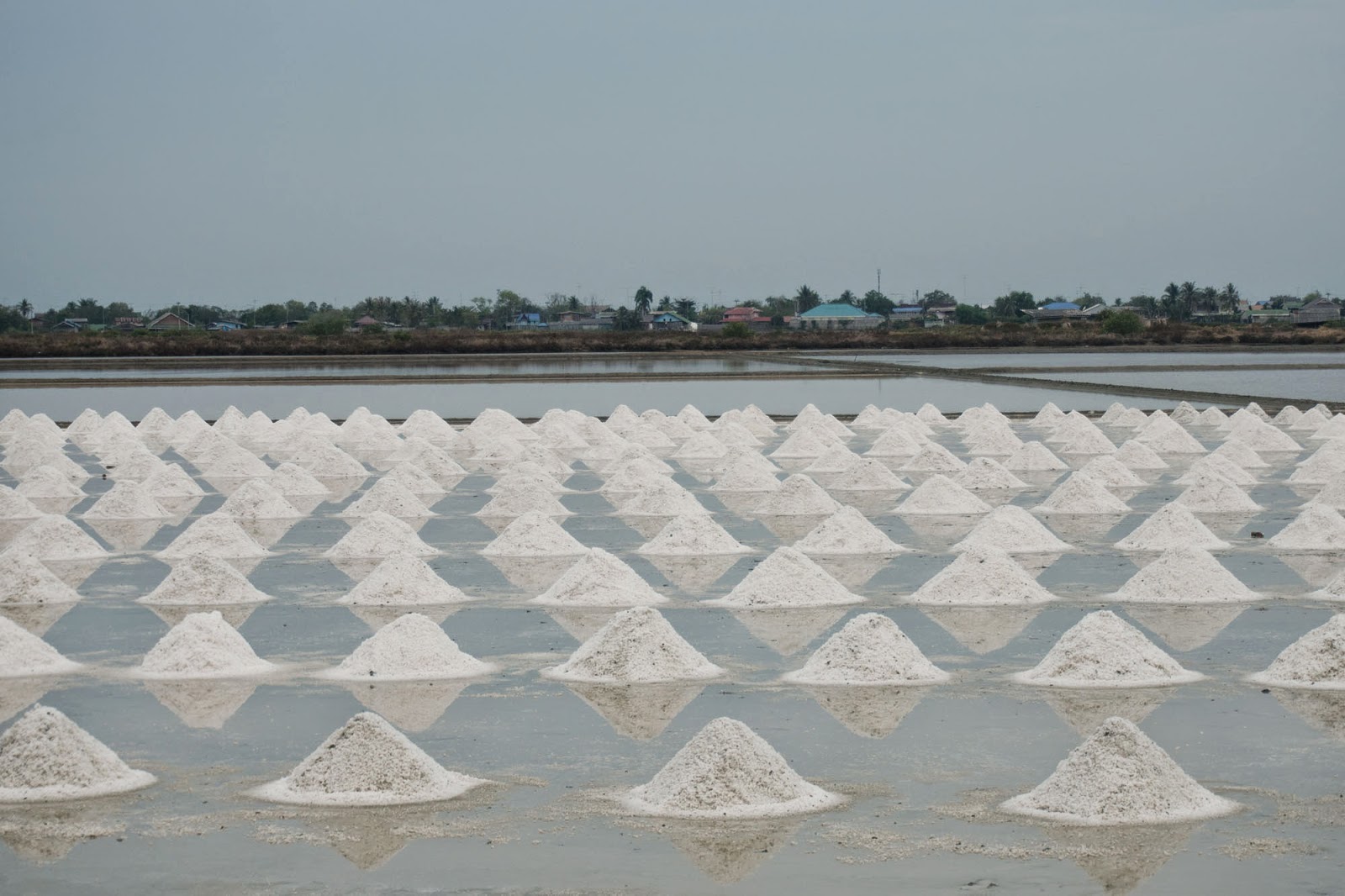 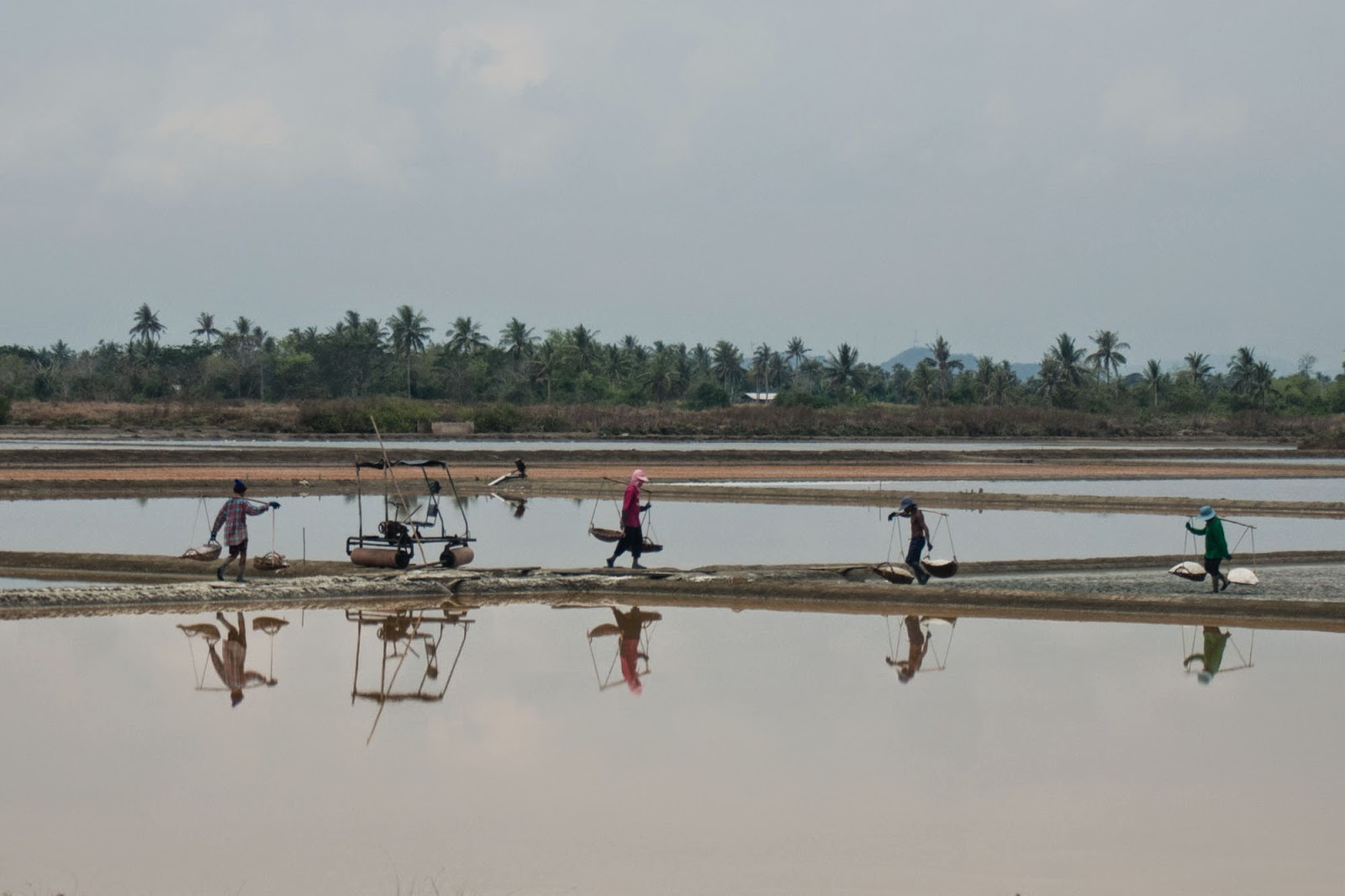 After a beautiful bike ride I stopped for the night in the very touristy town of Cha-am. It’s definitely not a place for me with hotels everywhere, a not very nice beach full of beach chairs, boats and jet ski’s driving around. So I just stayed the one night and save the days on the beach for when I get to the islands. I continued south from Cha-am and passed through Khao Sam Roi Yot National Park. It was a beautiful place to ride through and I took my time that day since I planned to stop at a place in the park for the night. But around there where only fancy hotels and resorts, so I continued on hoping to find something further on. After a calm day the wind picked up in the afternoon and on course that meant head wind. Tired and hungry I was glad to see a sign for camping at a beach I passed by. It was a beautiful place still within the national park and I could set up my tent right next to the beach. 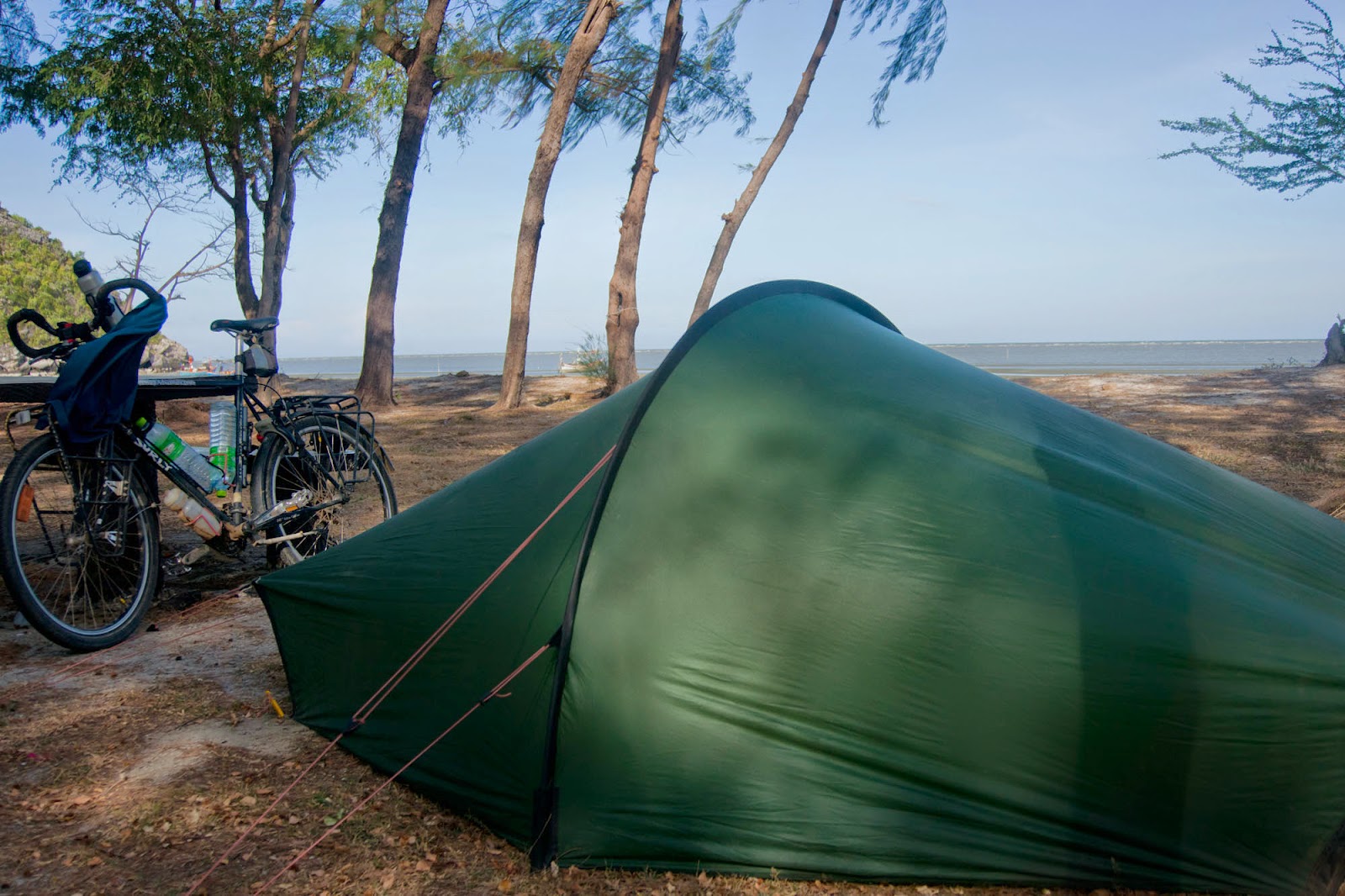 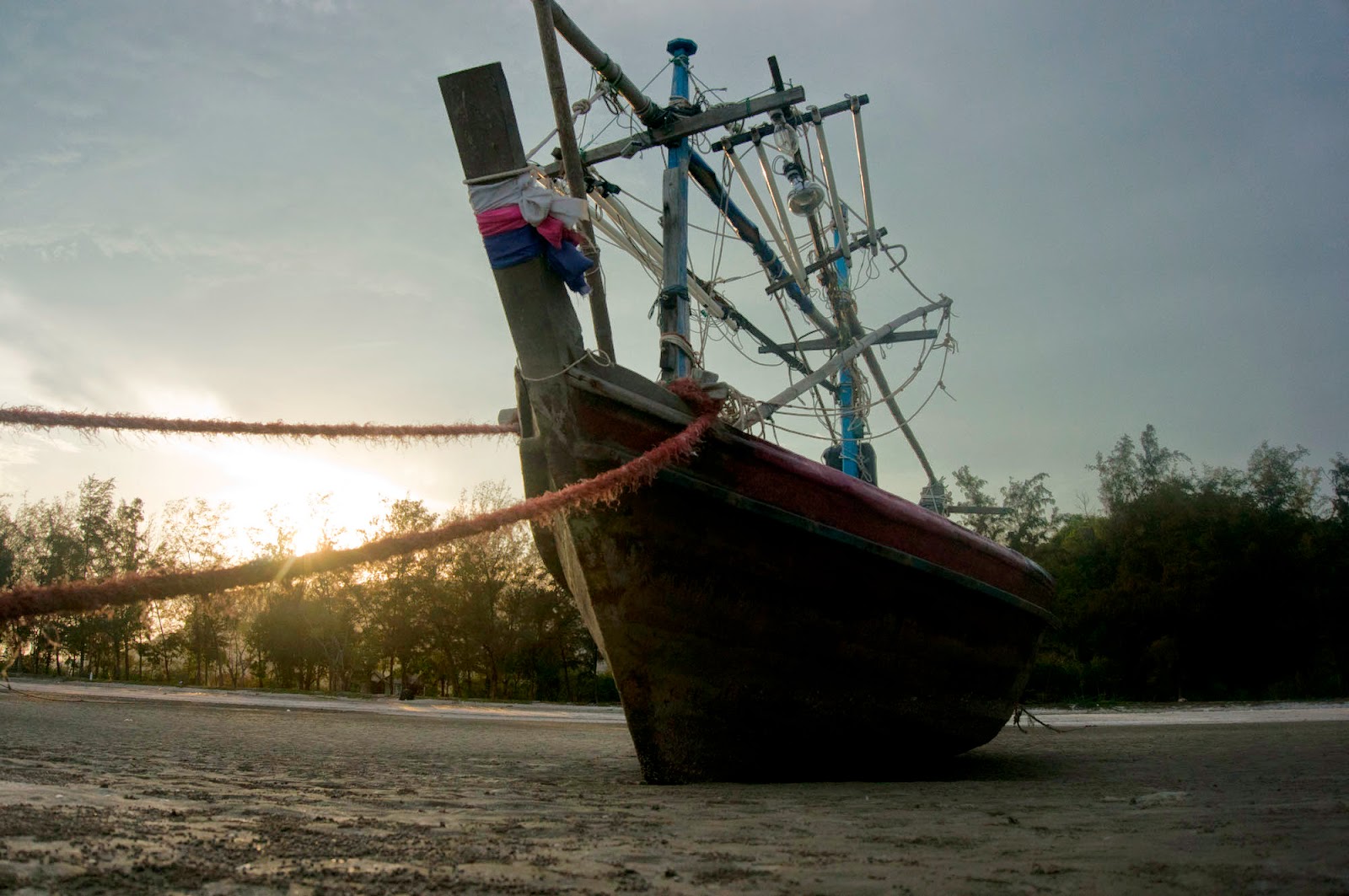 What I hadn’t planned with was how hot it would be sleeping in the tent. And it was like a sauna in there and no way that I would get any sleep, even though I opened everything up. The wind I was struggling with before had completely stopped. So I covered myself in mosquito repellent and lay my mattress on a bench right next to the beach. A beautiful place but I didn't sleep much. 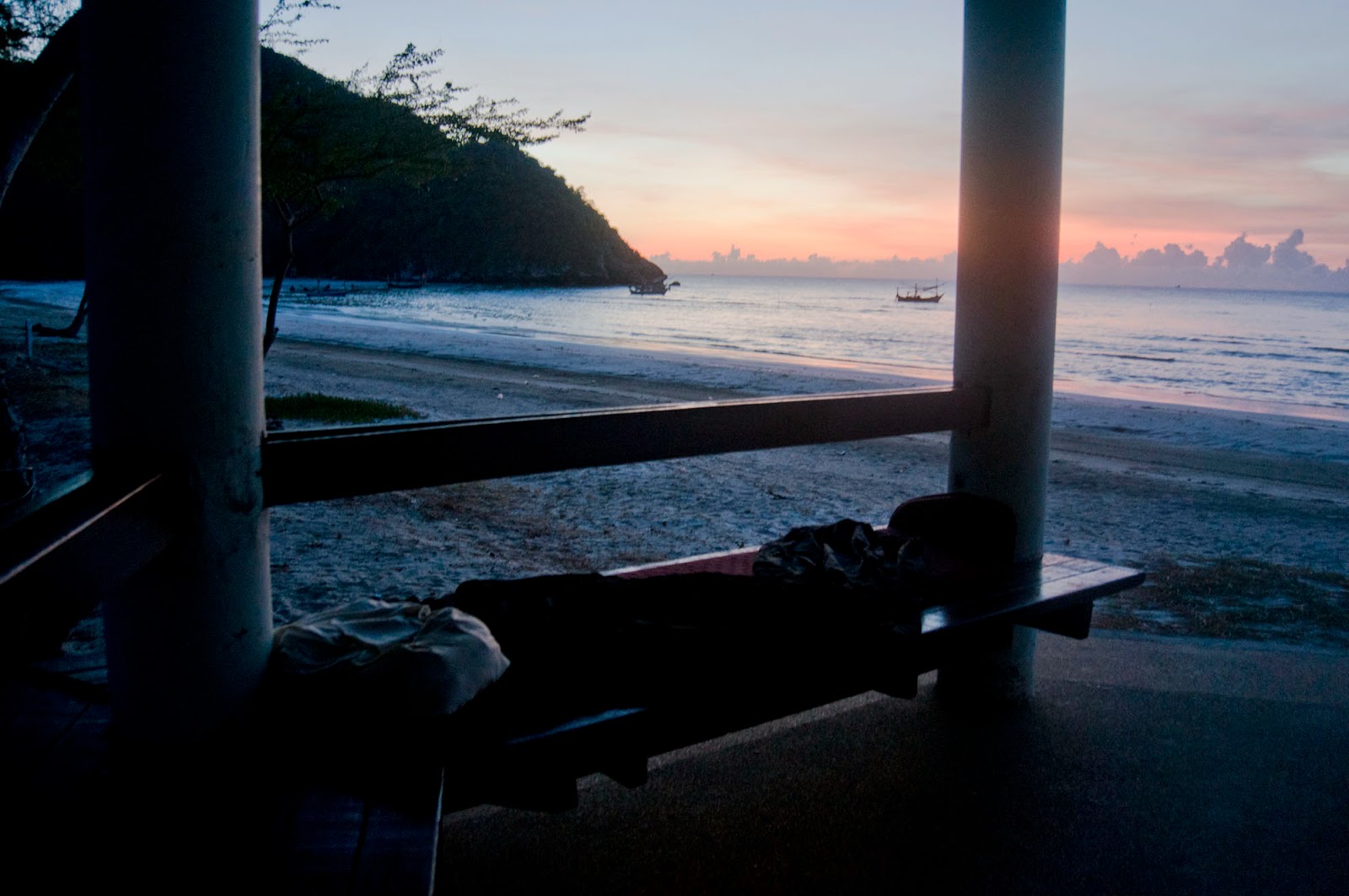 But it was all worth it when the first thing I say when I opened my eyes in the morning was this amazing sunrise. 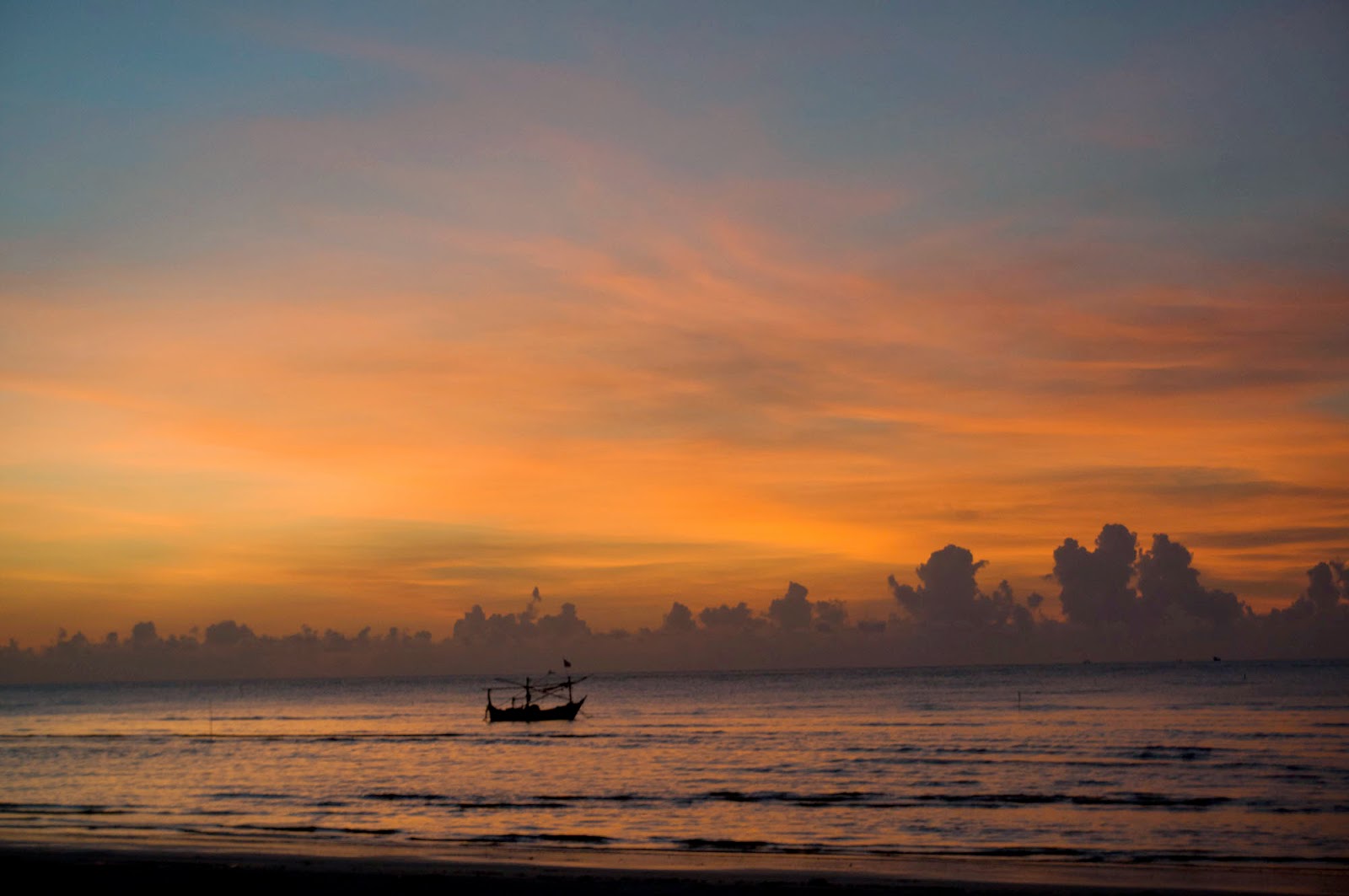 After a bad night I only did 50 km to the next town and had a great afternoon nap for a couple of hours. Today I was feeling on top again and pushed on for 110 km. In the evening I had to stop and get away from the rain. It was raining a lot, but after one hour it stopped and I was back on the road again. And riding after heavy rain is just great, the air is so fresh and after days and days of extreme heat I really enjoyed riding this afternoon. 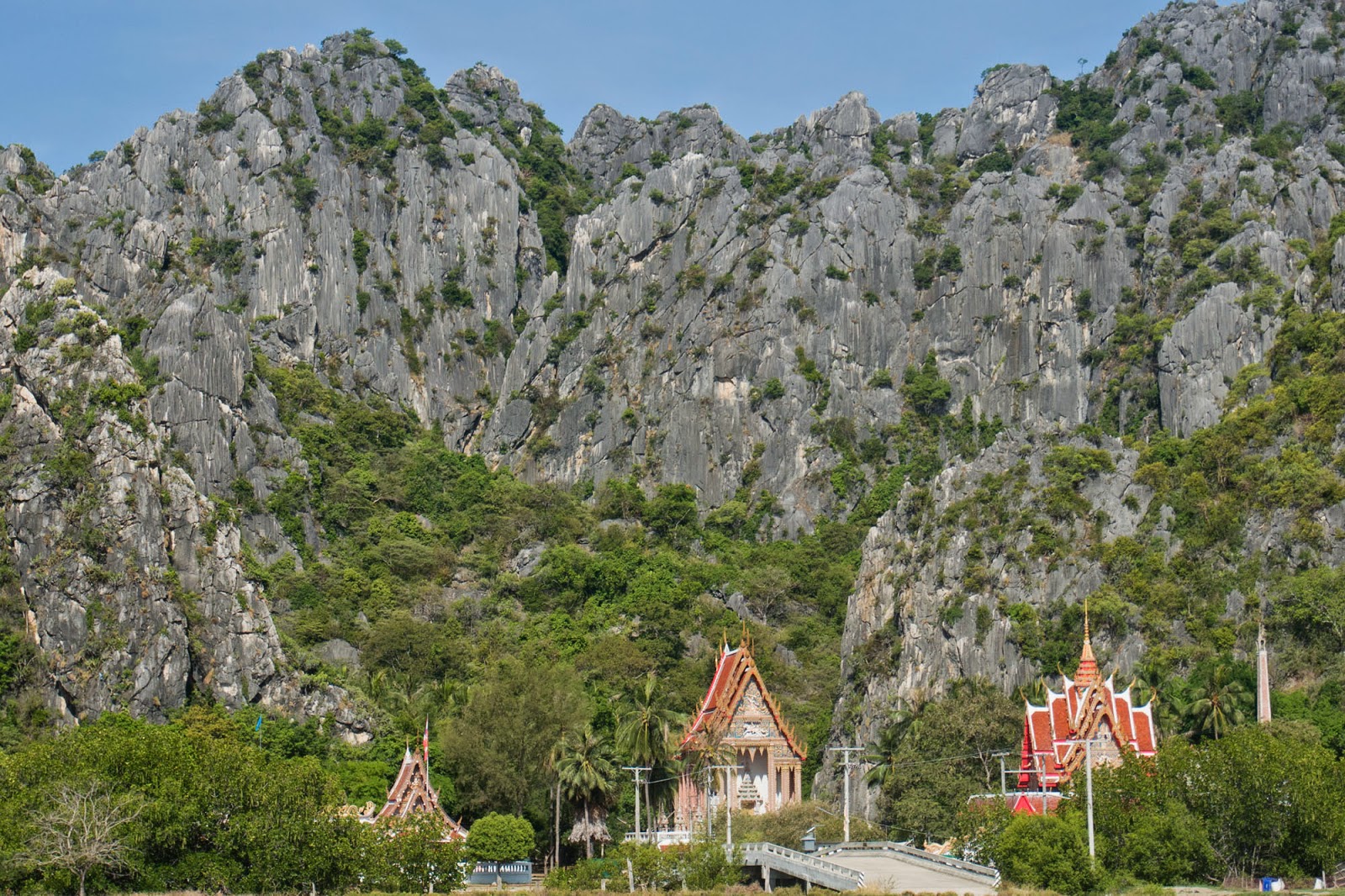 Tomorrow I’ll be riding down to Chumphon and get on a ferry to Ko Tao. I’m really looking forward to get back to an island and we’ll see how long I’ll spend there before getting back to the mainland and continue riding south.
Upplagd av Samuel Eriksson kl. 06:09