On vacation up north

Last Thursday Brett who also was staying with the same couchsurfer in Bangkok and I got on the night train to Chiand Mai. I felt good to take a little break from cycling and live the life of a backpacker for a while. I really wanted to see north of Thailand, but it felt a bit to far to ride my bike up there and back again. Also really nice to have a travel companion that I got along with very well. 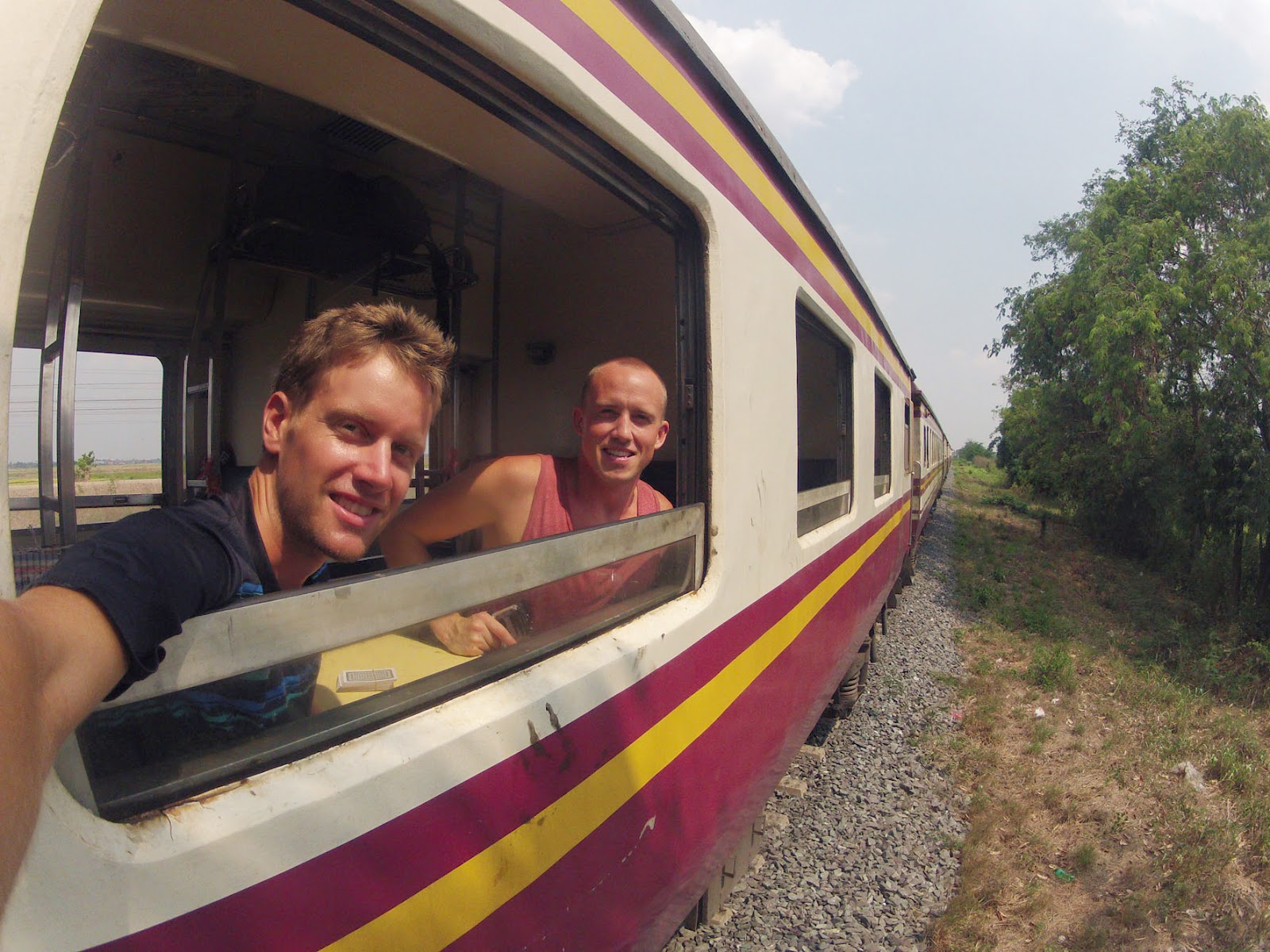 The train ride was nice but I didn't have that much sleep until we woke up in Chiang Mai at just after 4 in the morning. I was nice to arrive early in the morning when the air was a little cooler compared to a very hot Bangkok. And we were lucky to be able to check in early in the morning at the hostel and had a few more hours of sleep.
We realized that there isn’t that much to see in town unless you love temples, bit I feel I’ve seen enough of them. But we met some really nice people and got a taste of the nightlife in Chiang Mai. After two nights in Chiang Mai Brett and I rented scooters for a couple of days and rode to the small town of Pai. It was an amazing ride on the winding roads in the mountains and a lot easier that to have to cycle up there :-p But the best thing about bicycles is that you never run out of petrol. Unfortunately scooters do and I learned that the hard way. Luckily it happened during a downhill and I only had to push my bike about 200 meters until I could fill up from one of many places that sells petrol out of a barrel with a hand pump. 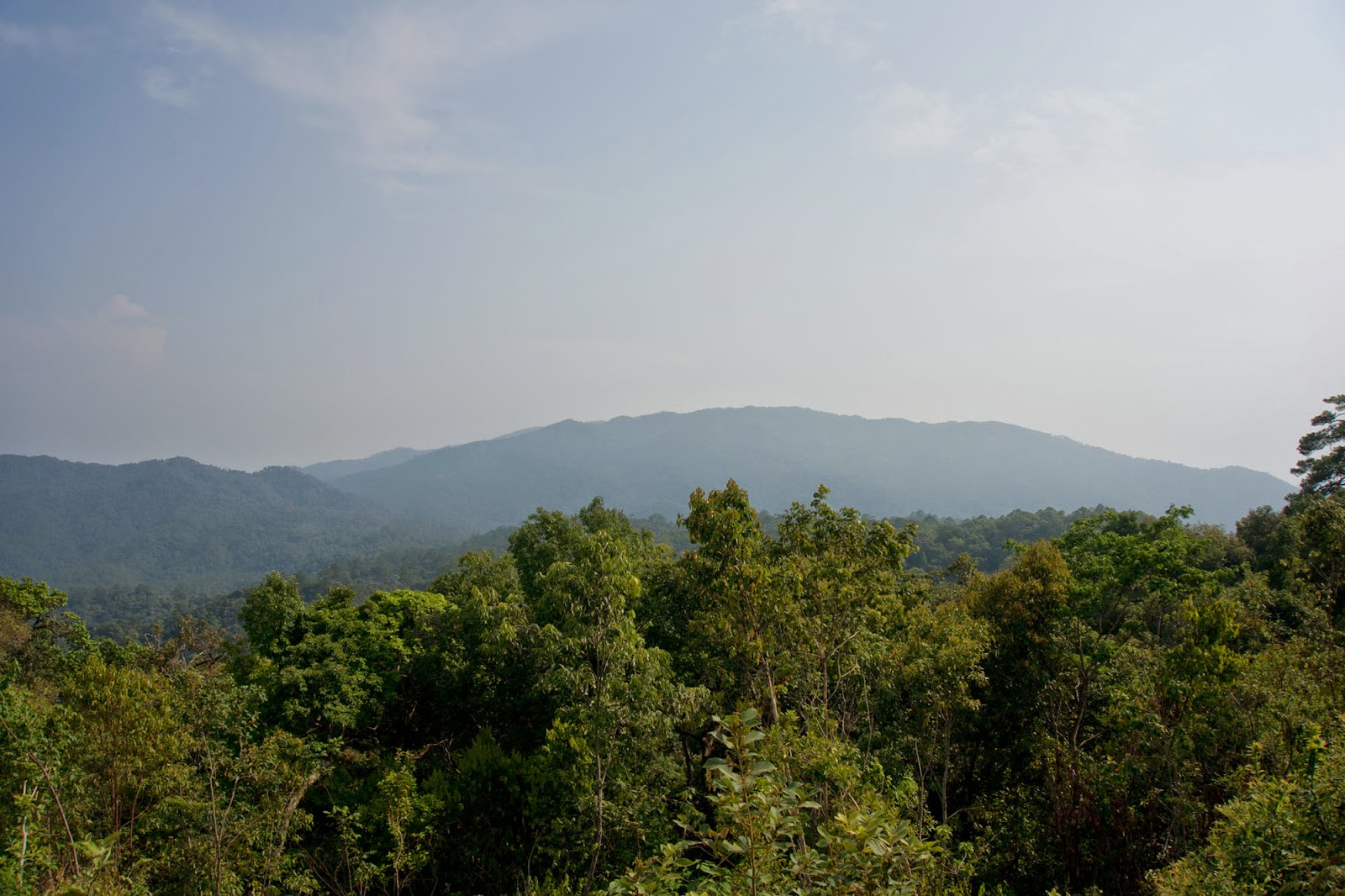 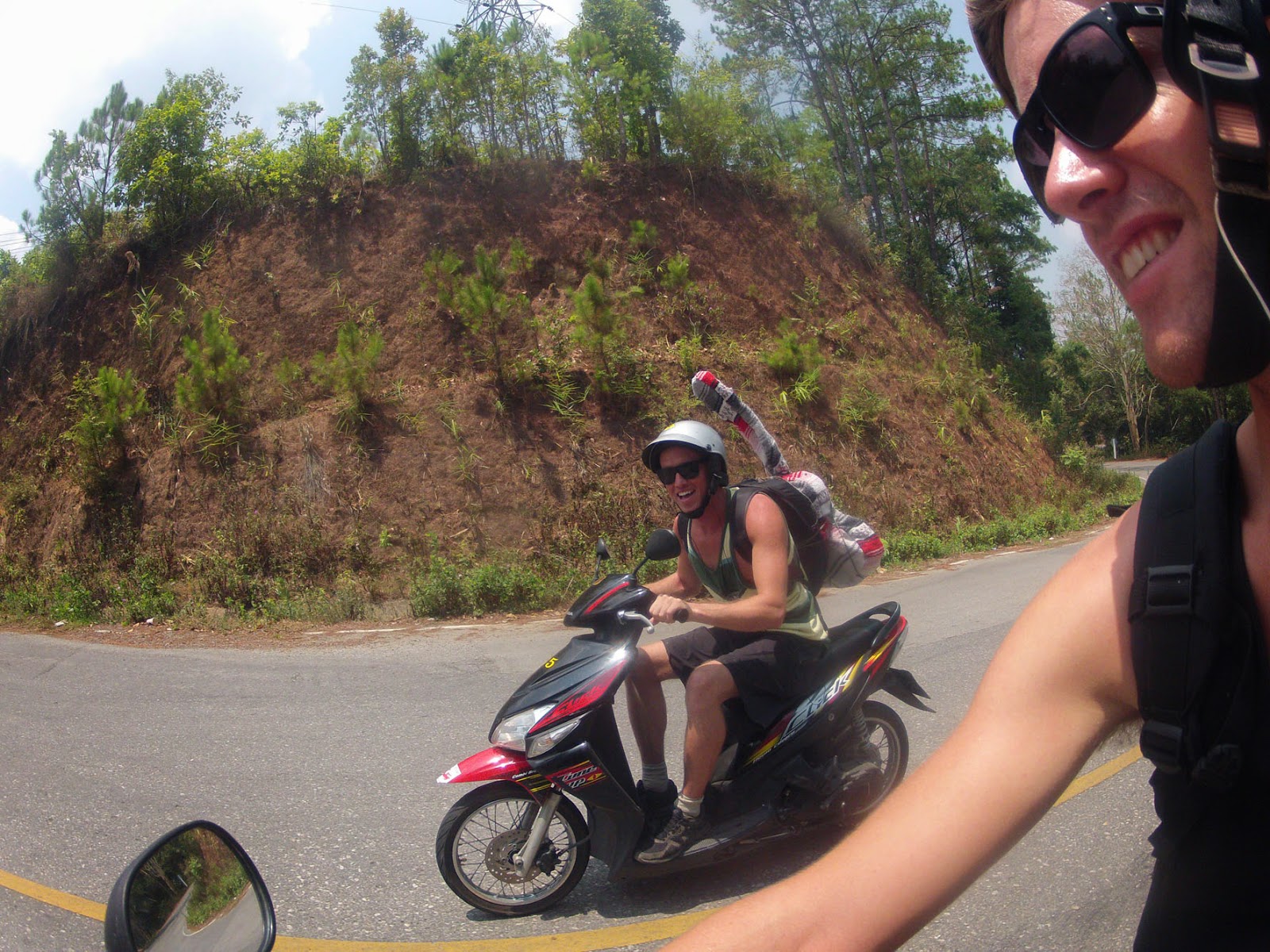 From Pai we also went on a day trip to some caves. We had company with Veronica from Norway and had a great day. The ride there was absolutely amazing on perfect roads up and down the hills. The cave was really nice and we went into the cave on a bamboo raft. After the cave we got back to Pai just in time to see the sunset at the Pai canyon witch was a perfect end to a great day trip. 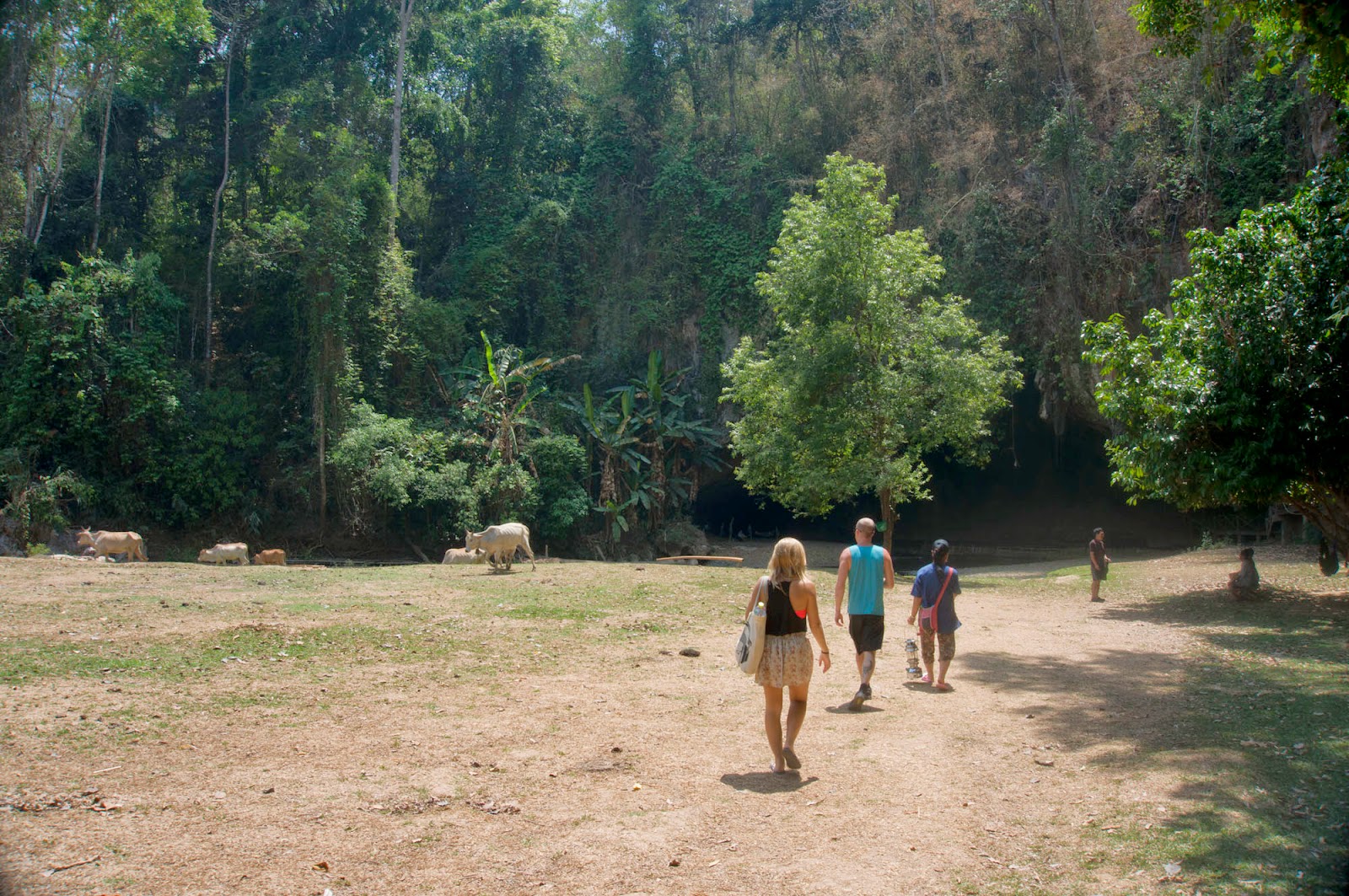 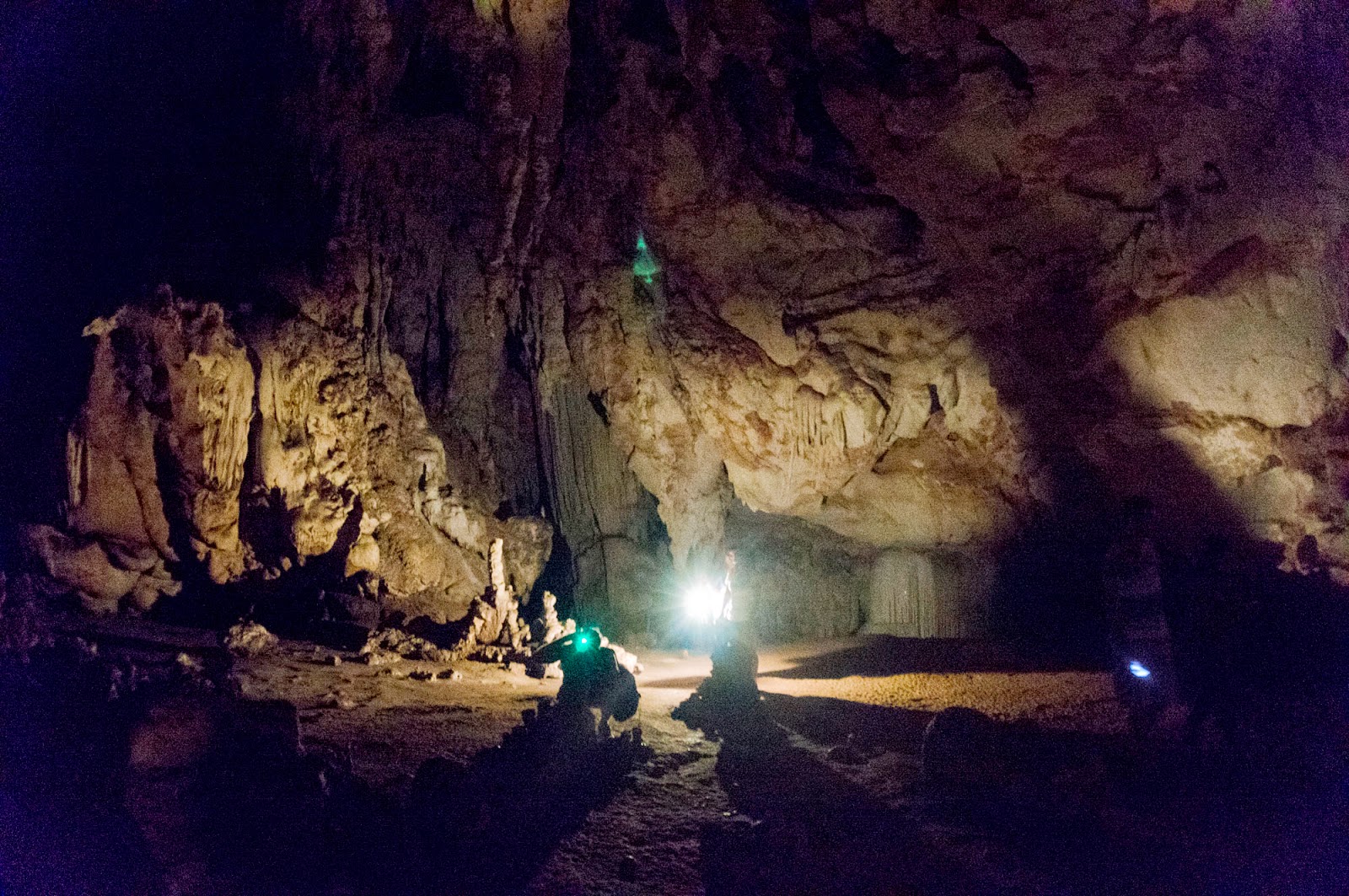 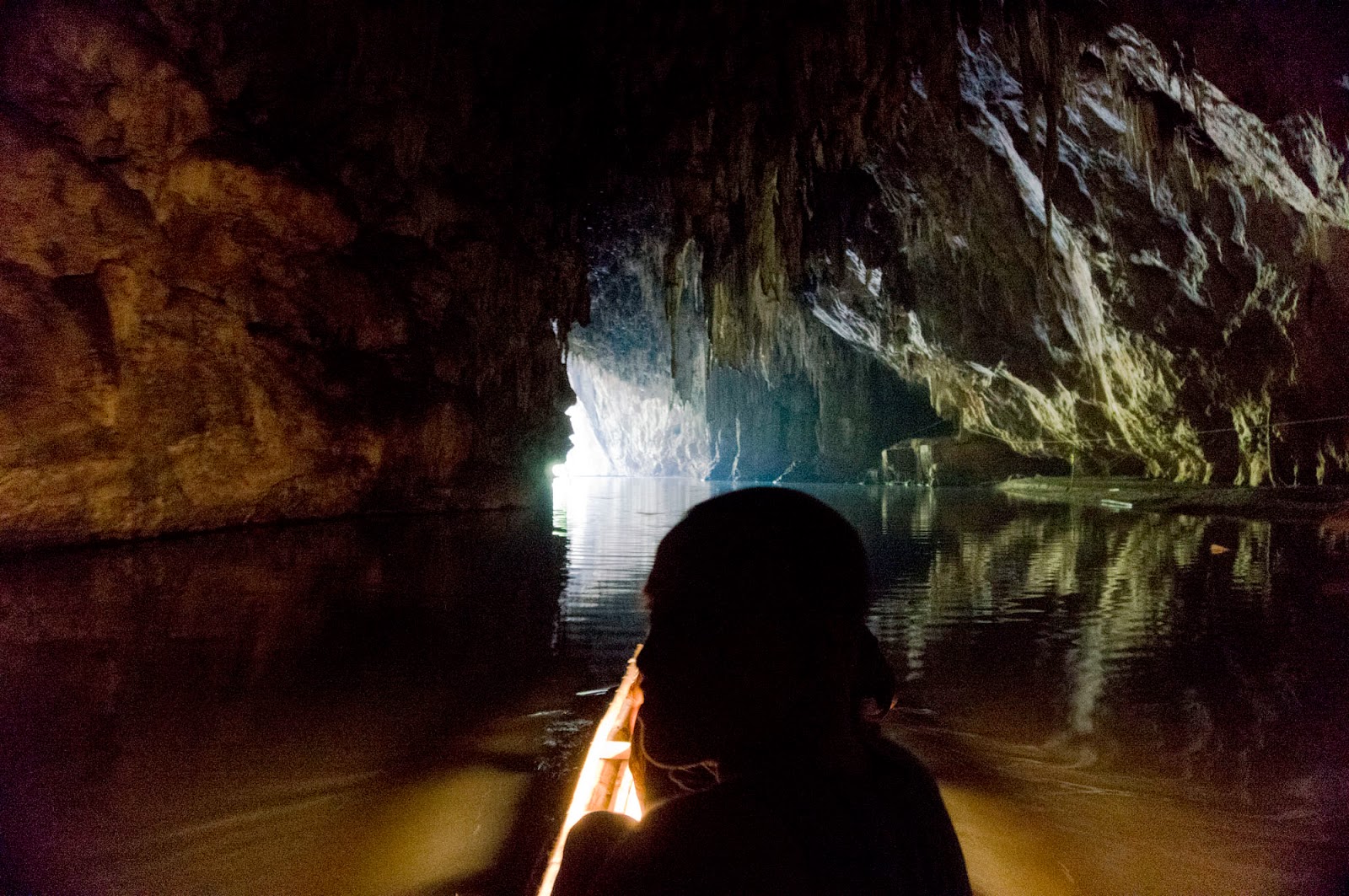 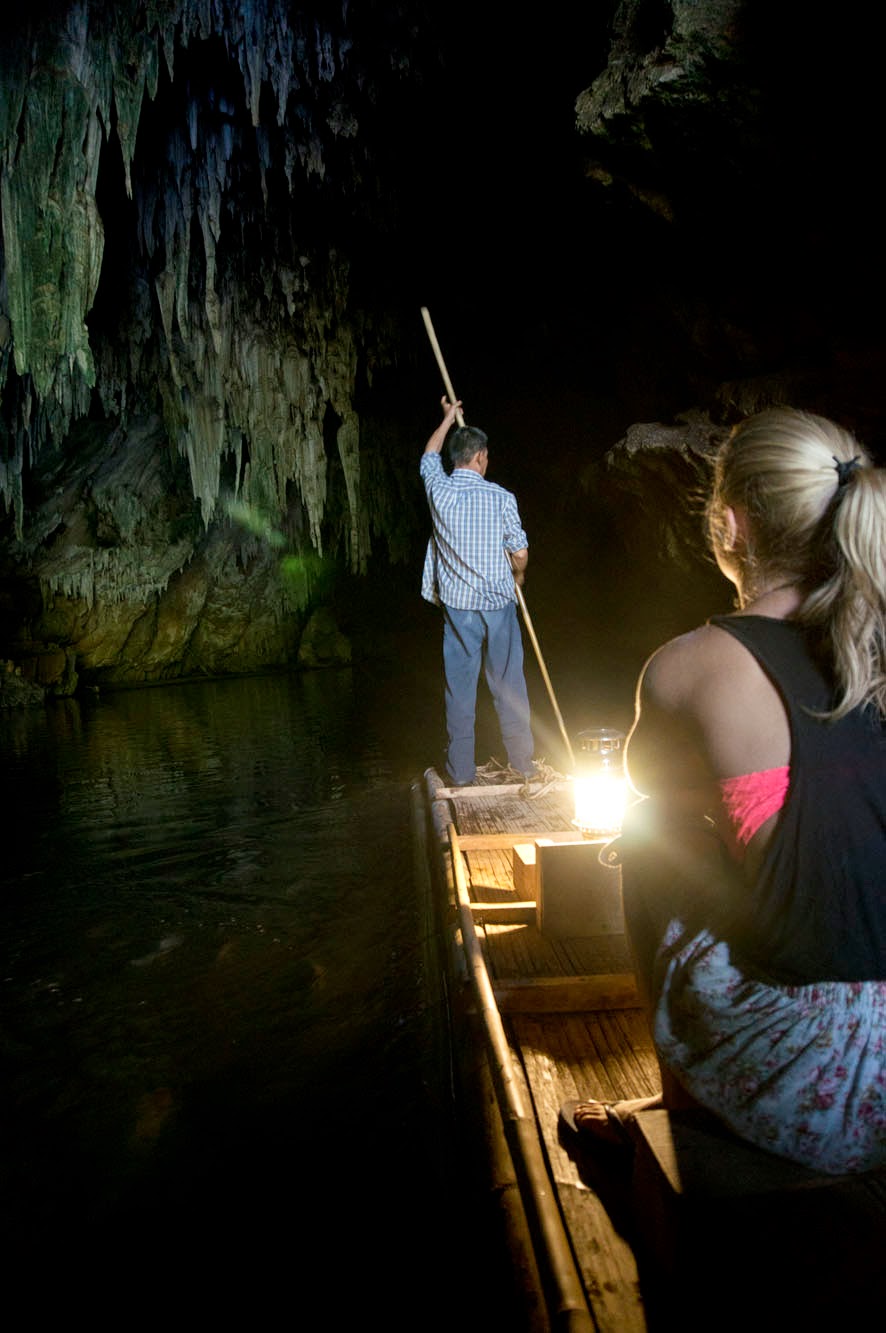 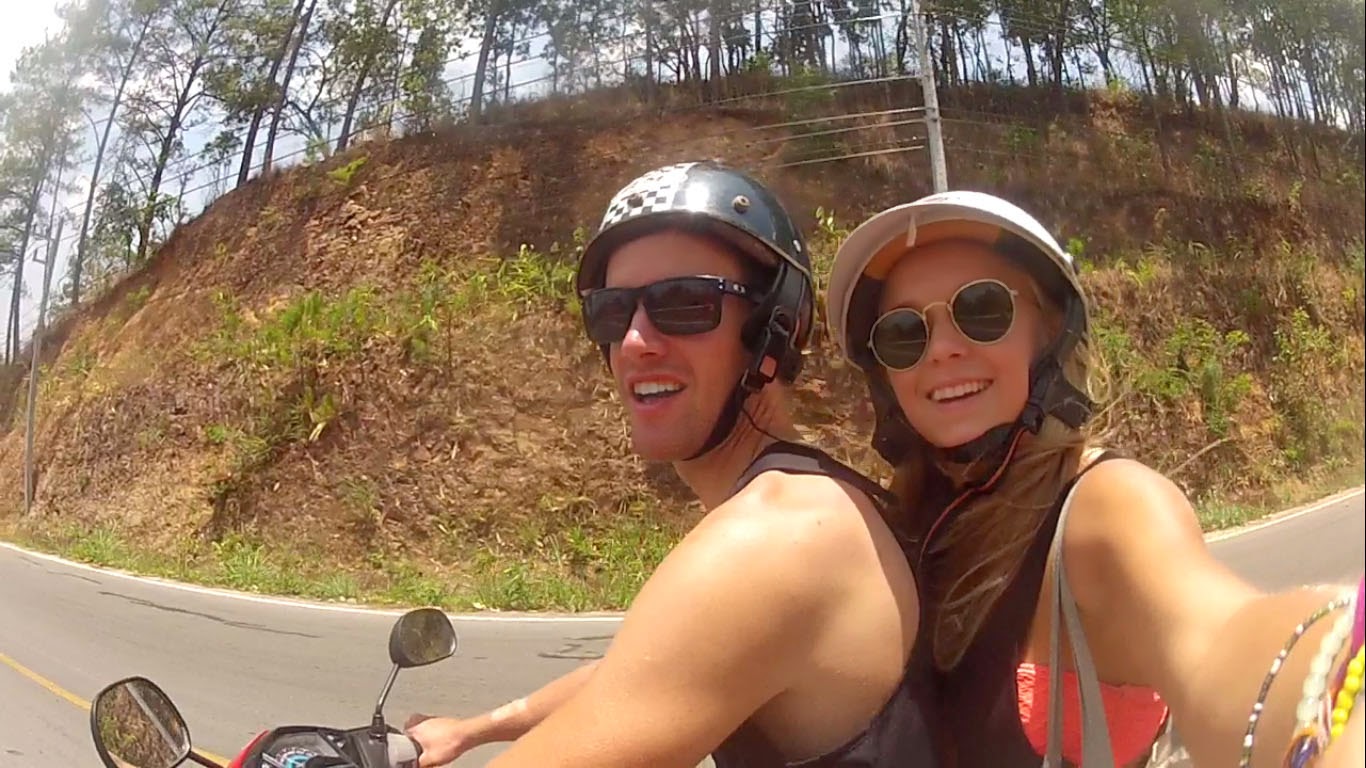 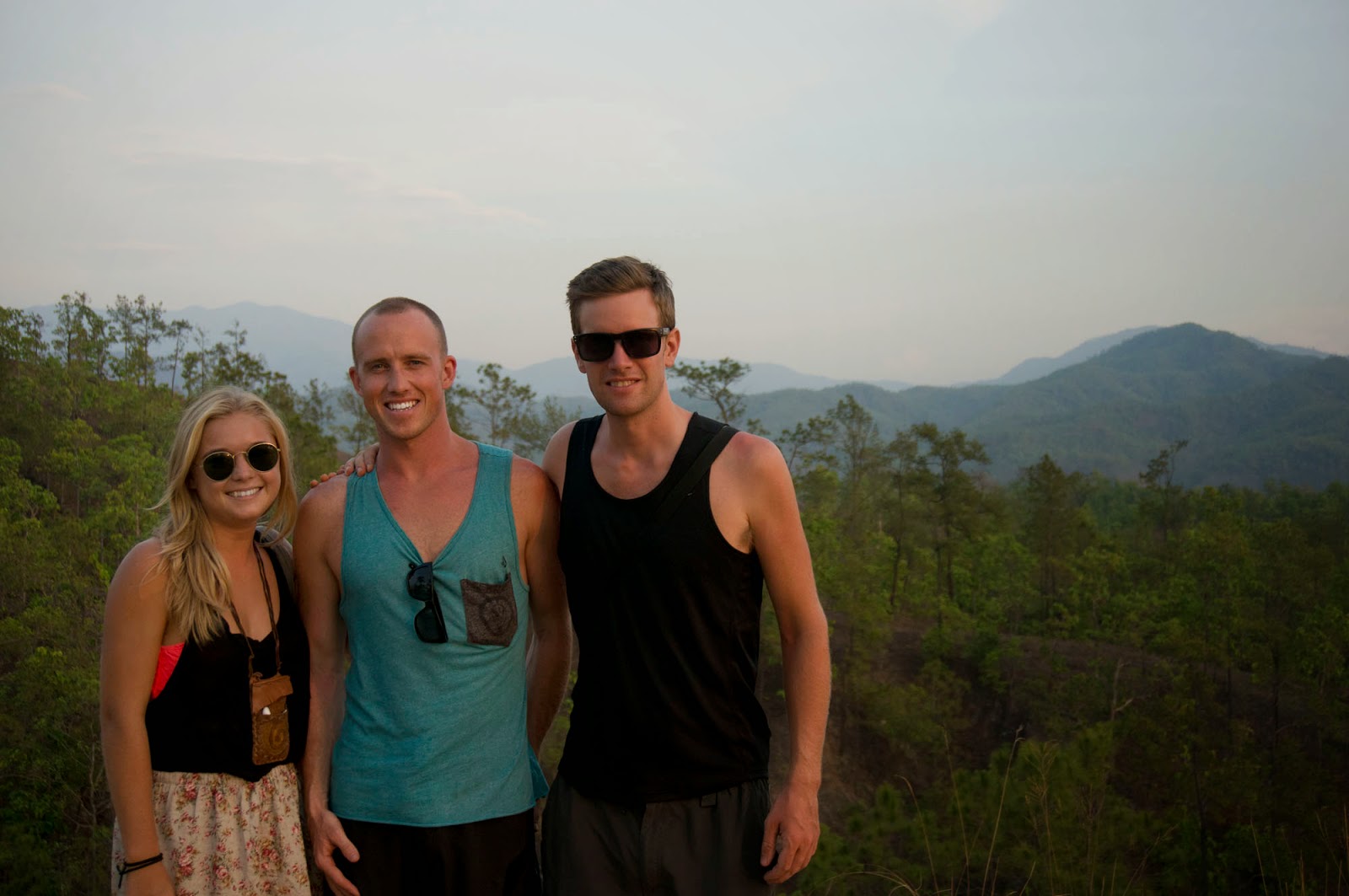 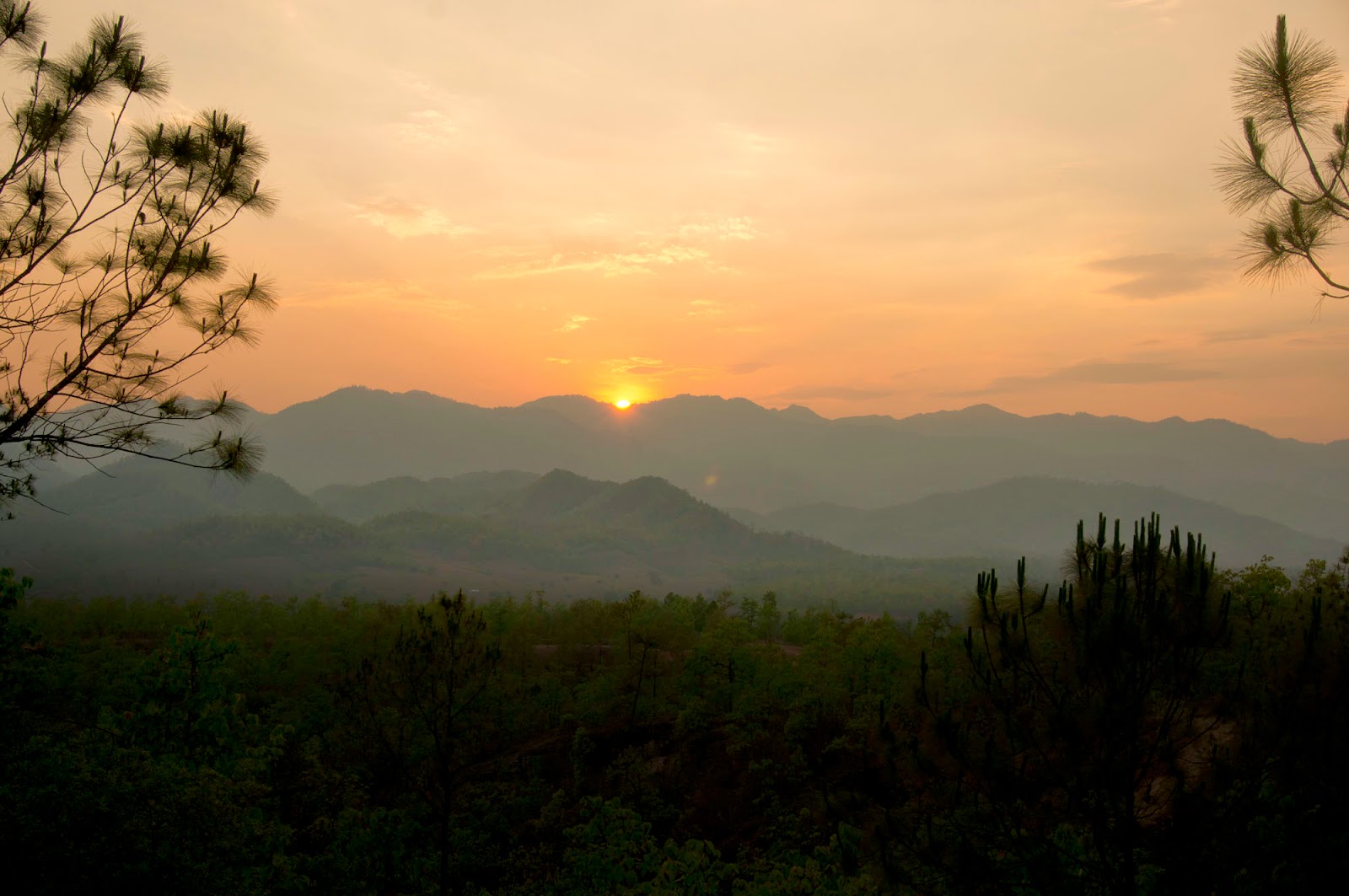 We stayed at a place called Darlings resort witch was run by a super nice lady who is called darling and also call everyone else darling. From there we had a short walk down a hill and over a bamboo bridge to the center of the little town with some good restaurants and a pretty good and chilled out night life.
We rented our bikes for four days and had to get back to Chiang Mai to return them. If not, then I have a feeling I might have gotten stuck in Pai for longer. The ride back was as good as before and we didn’t have any incidents with the bikes. We were of course careful since we had seen so many people with bandages and hear many stories about people having accidents with the bikes.
Before Leaving Pai we stopped by a elephant camp where we got to pet and feed the elephants. And when getting so close you realize how big and those animals really are. 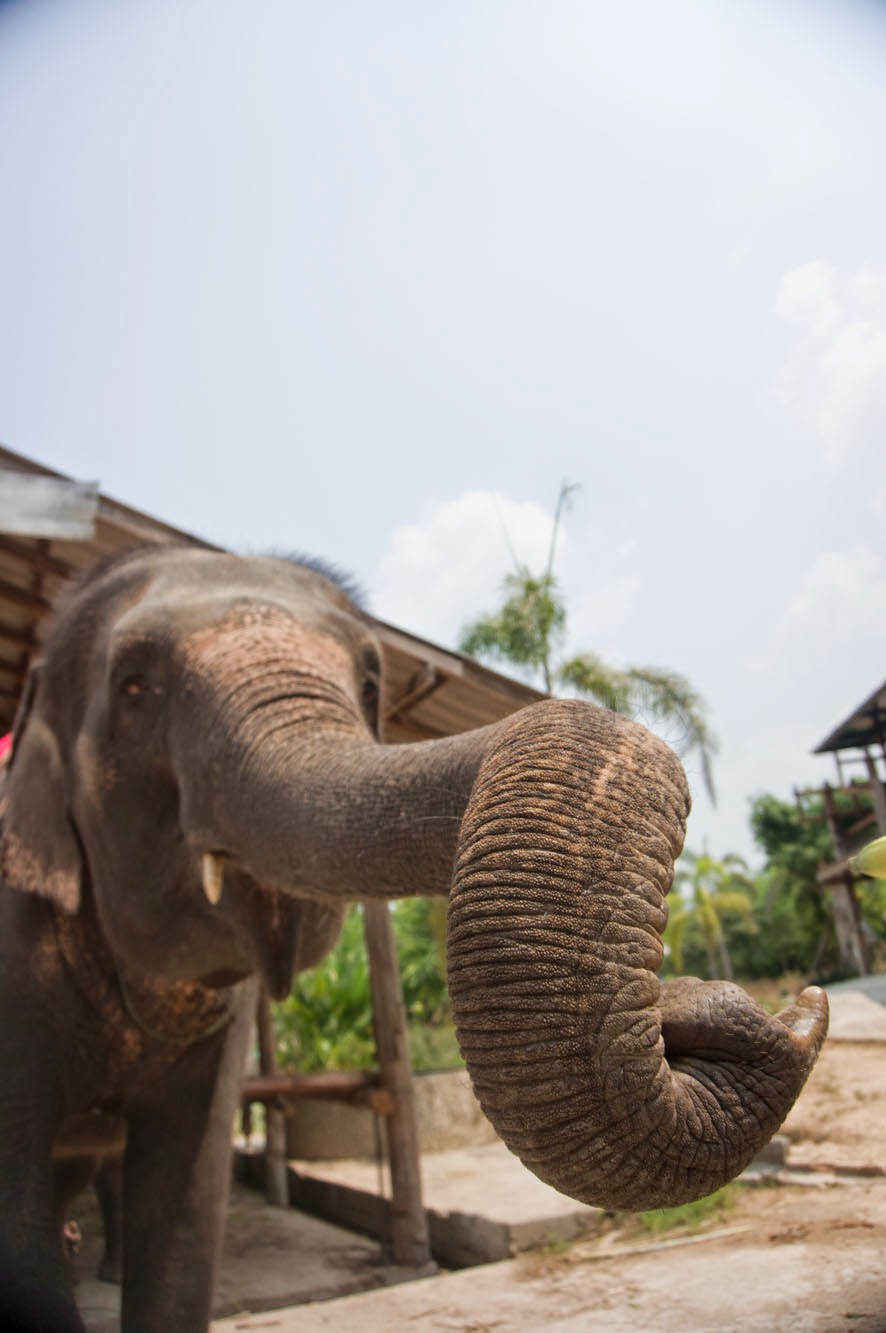 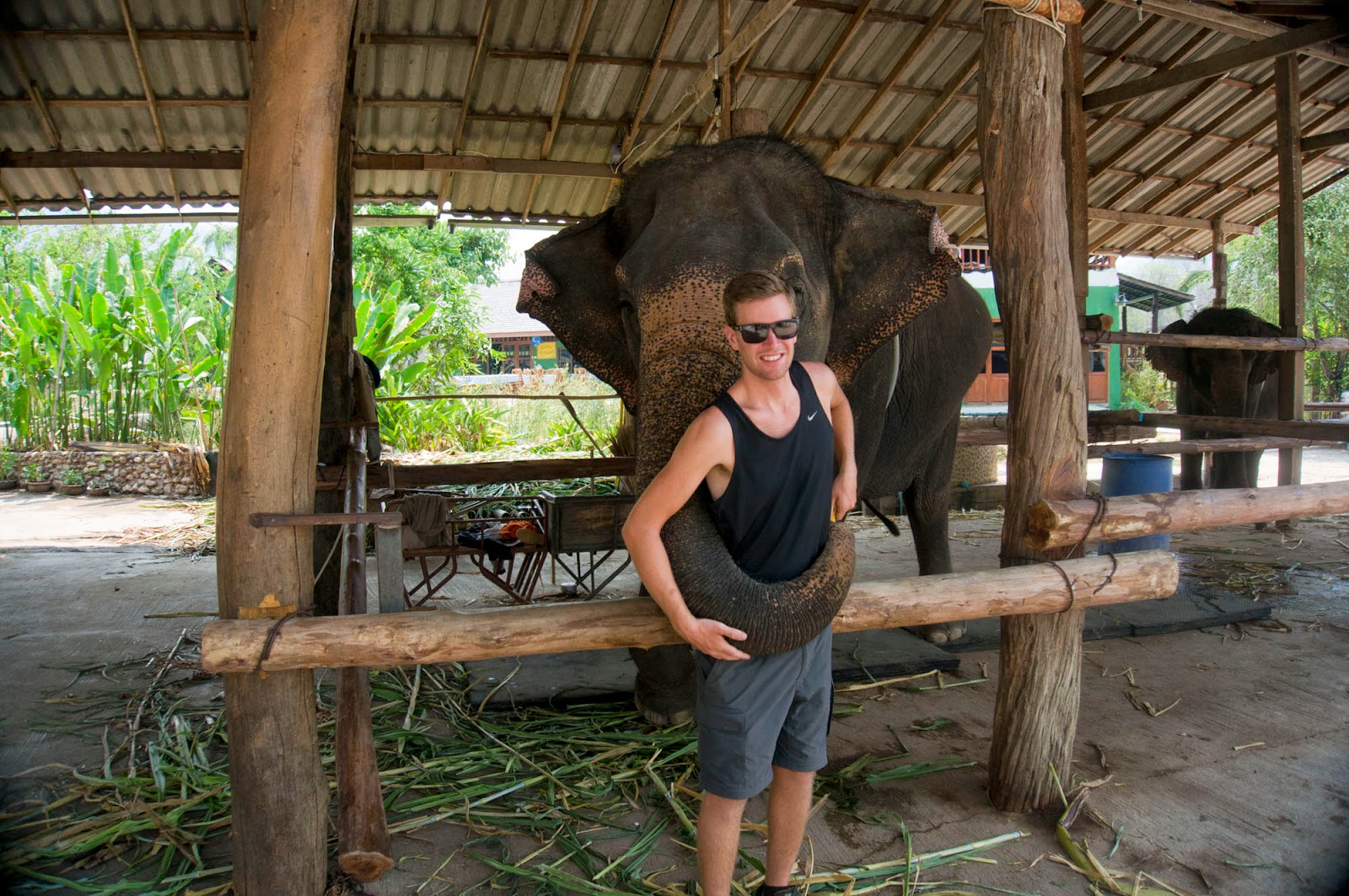 Even though Pai was great it also felt good to be back at our hostel in Chiang Mai again. We met up with people we met there before and people from Pai and we didn’t get to bed that night until the sun was back up again. The rest of the time in Chiang Mai we just relaxed, explored a little around the city, chilled out by the pool and drank as many fruit shakes as we could. 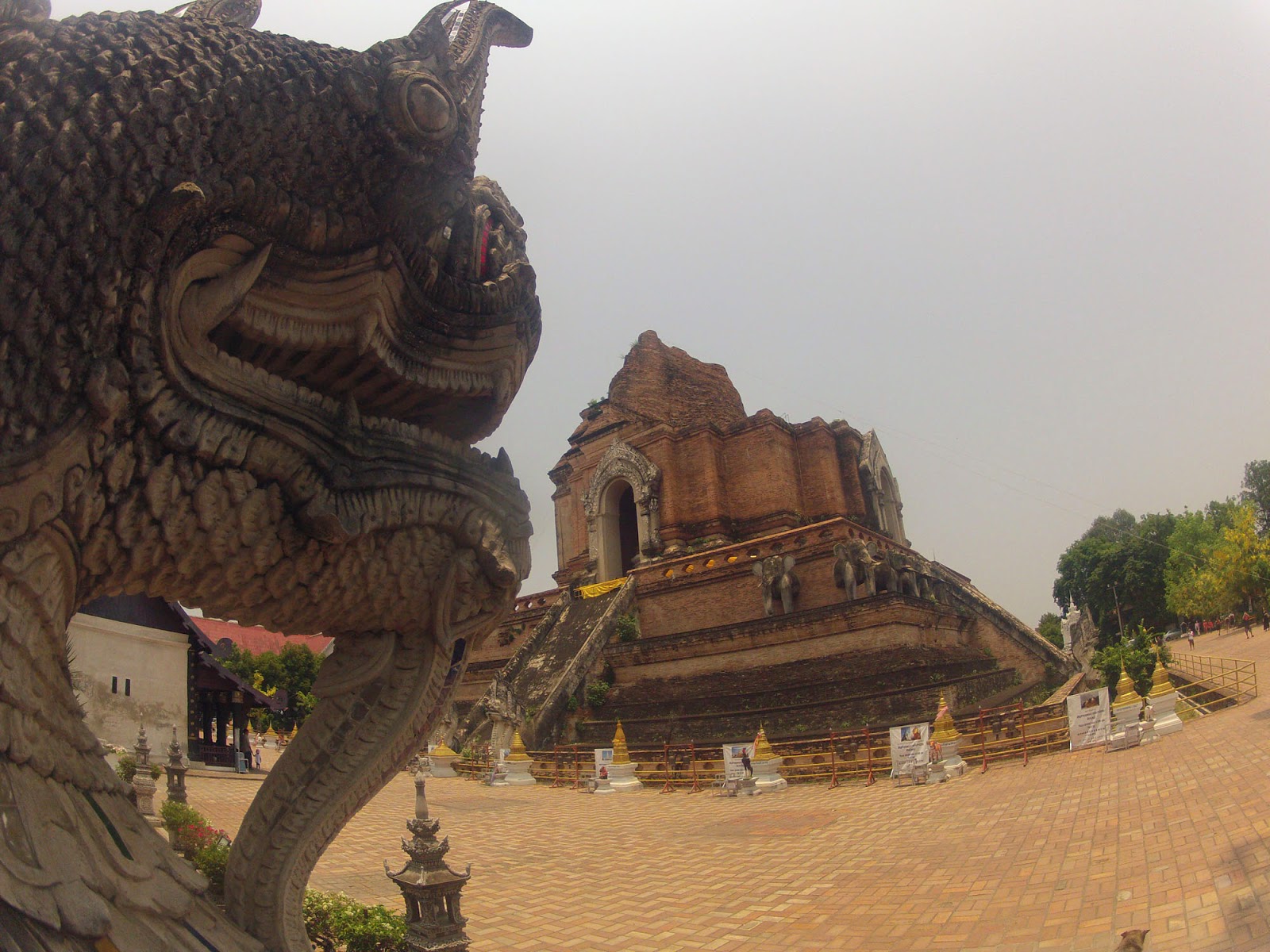 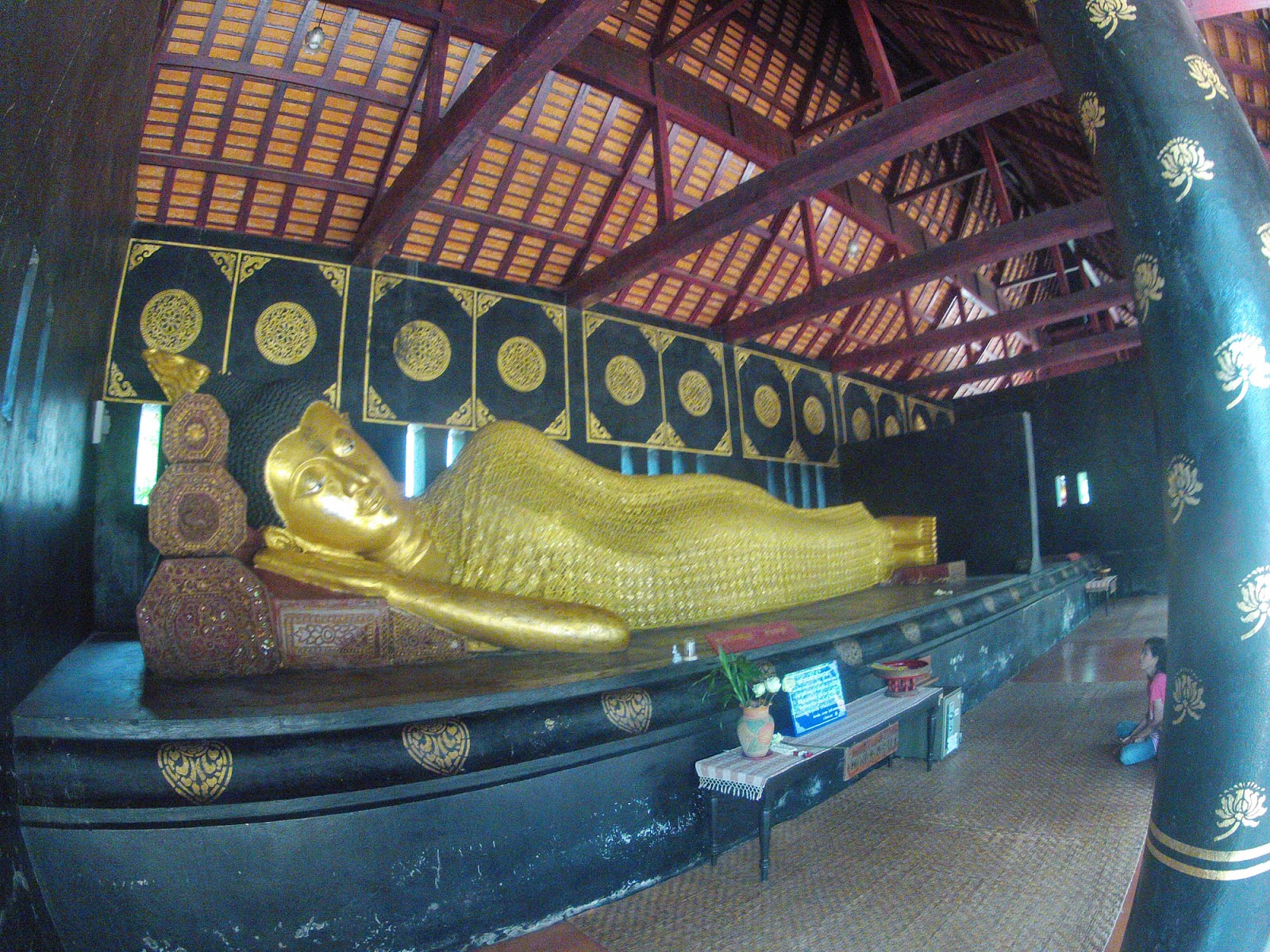 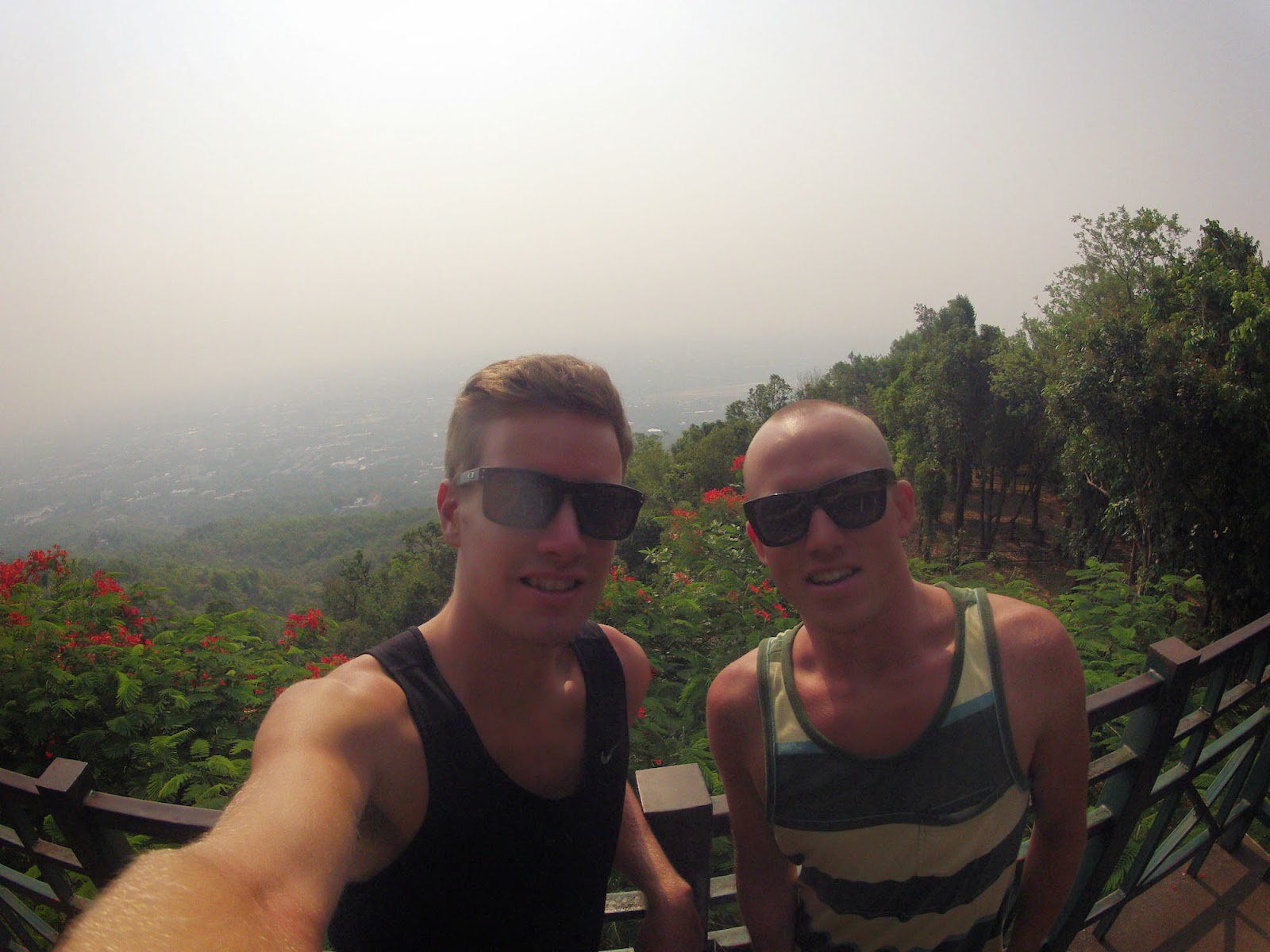 After a great time up north it was eventually time to get on another night train back to Bangkok and back to the bicycle again. With a new rear tire and new pedals (second pair that broke) I’m ready to ride out of Bangkok and go south. And I can’t wait to get back to the sea again..