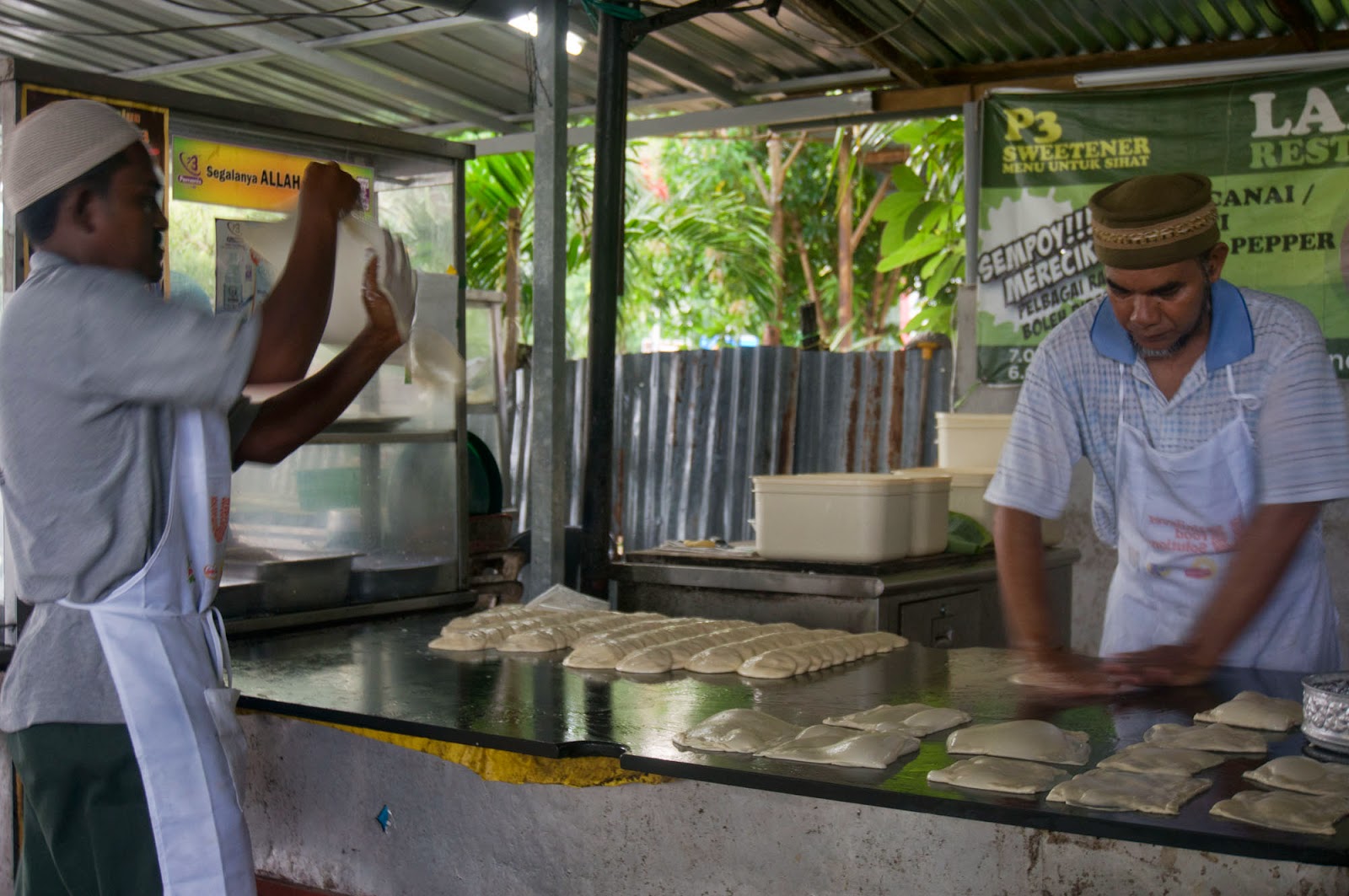 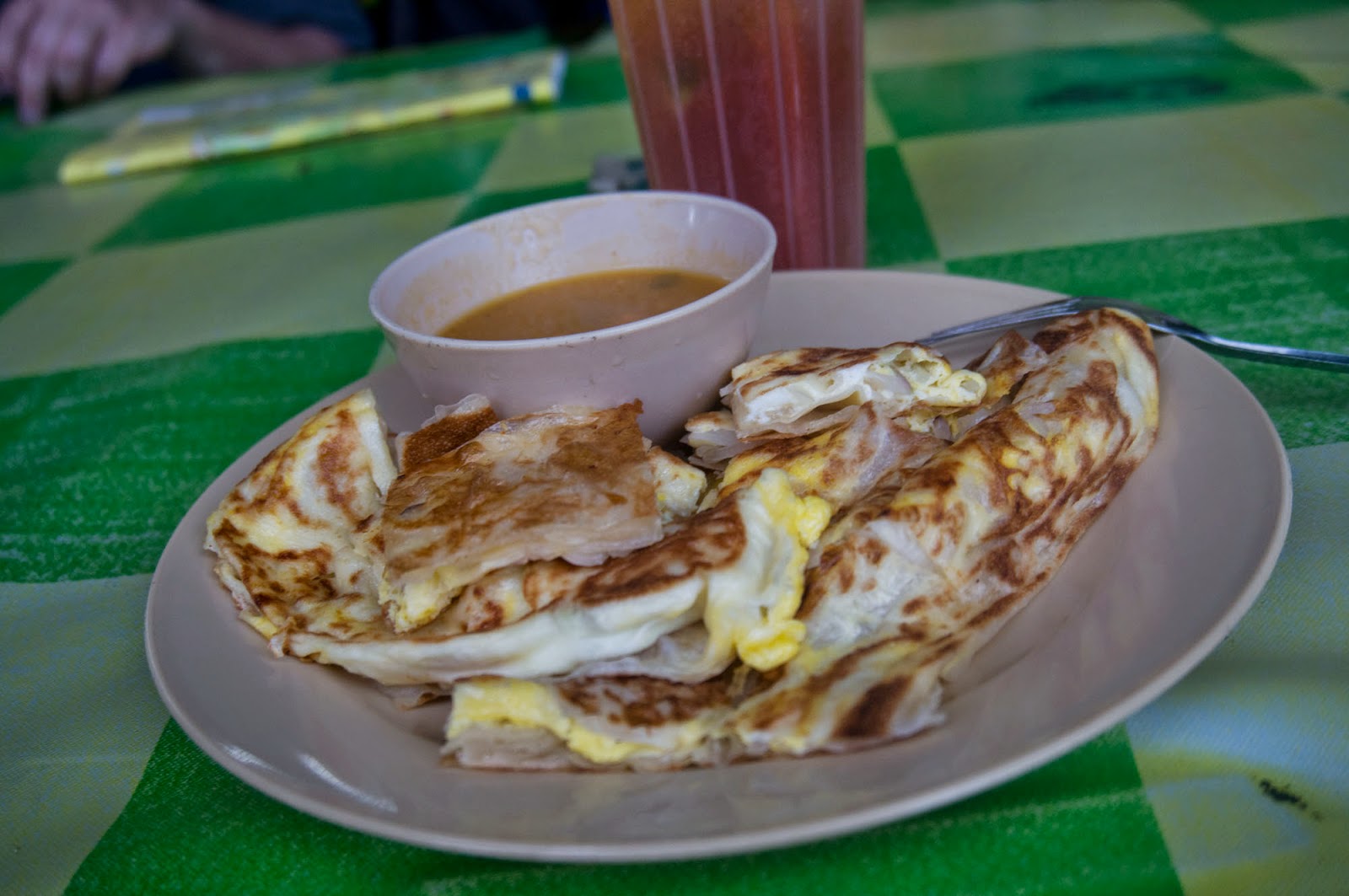 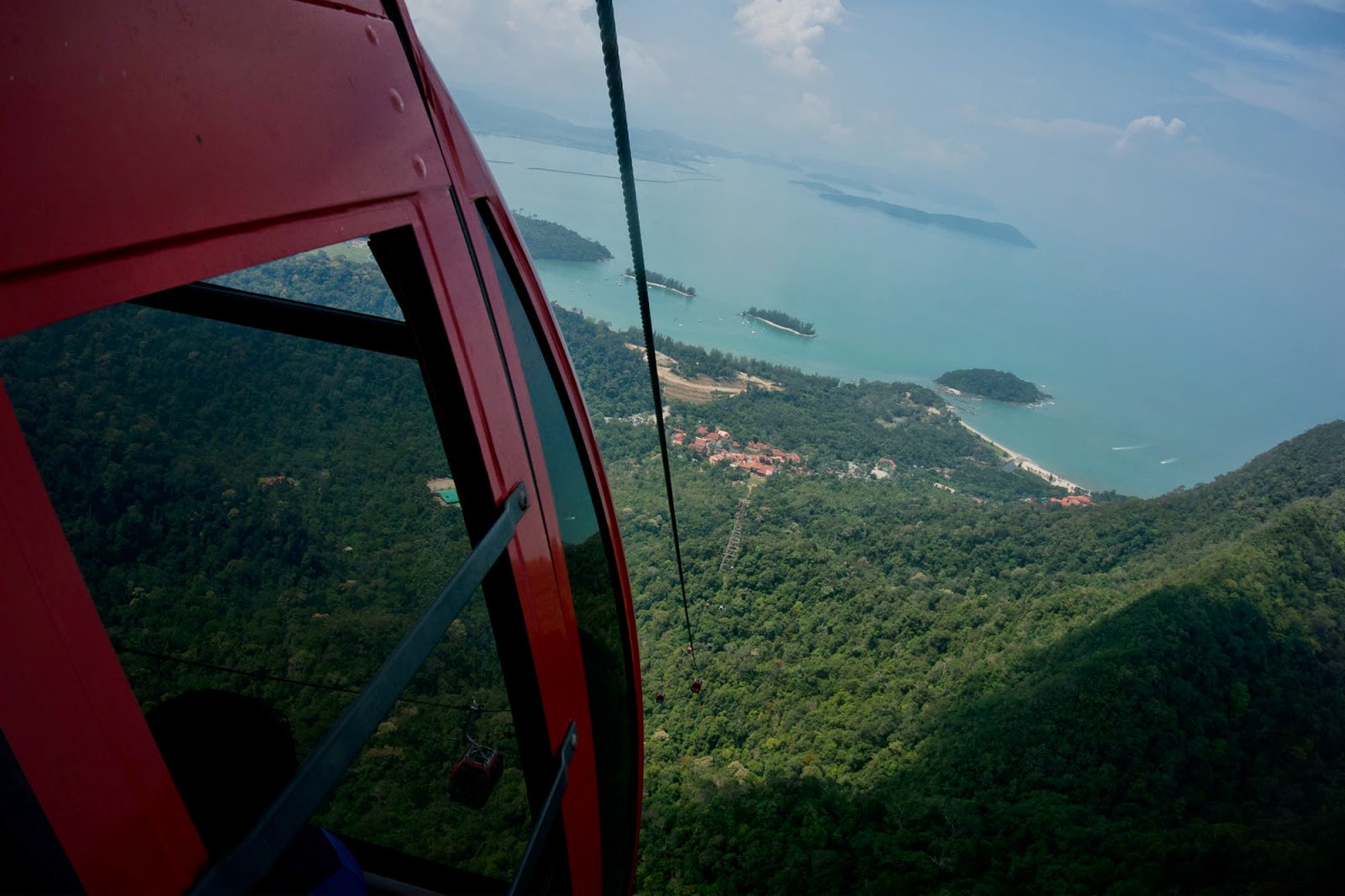 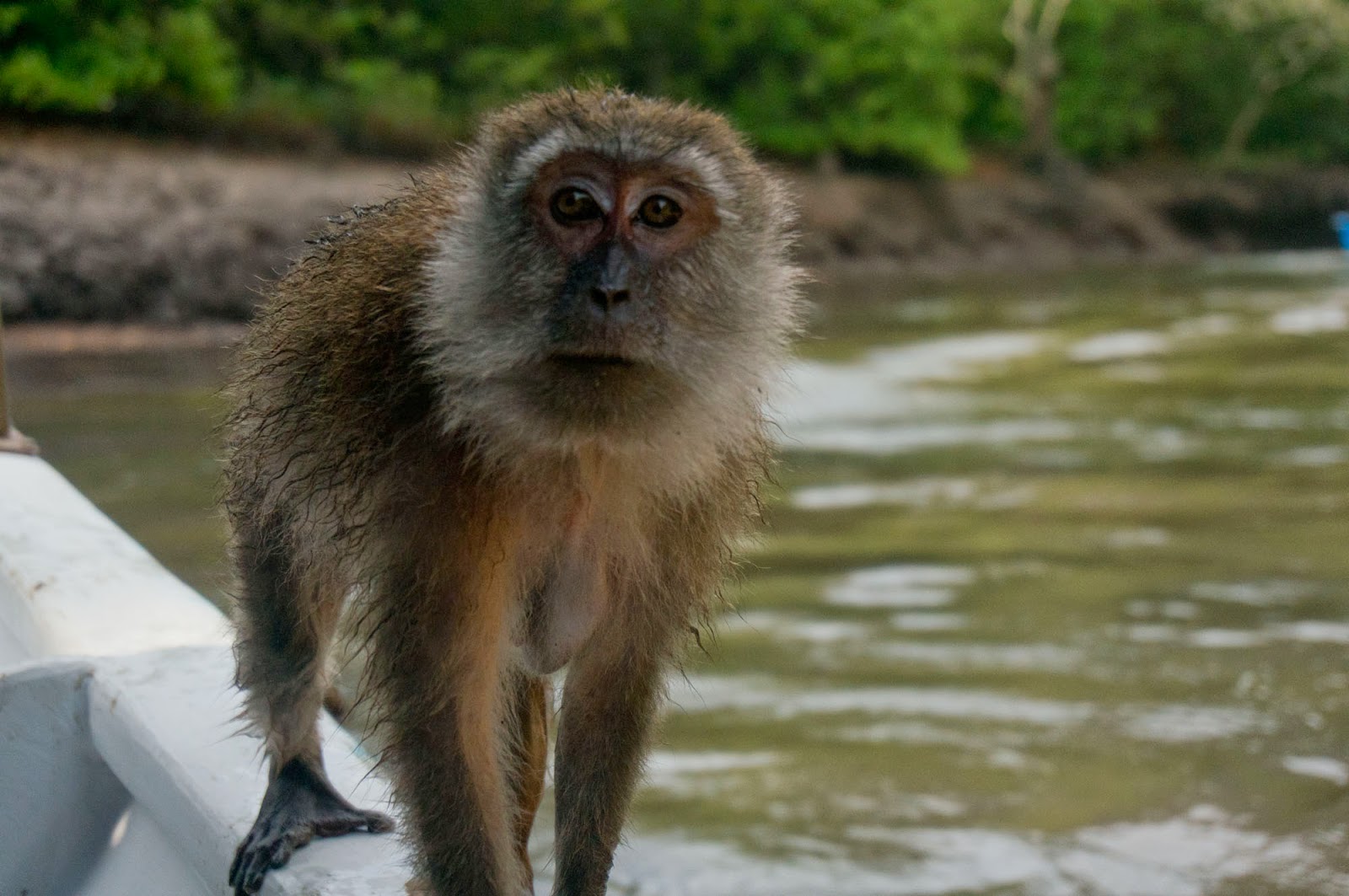 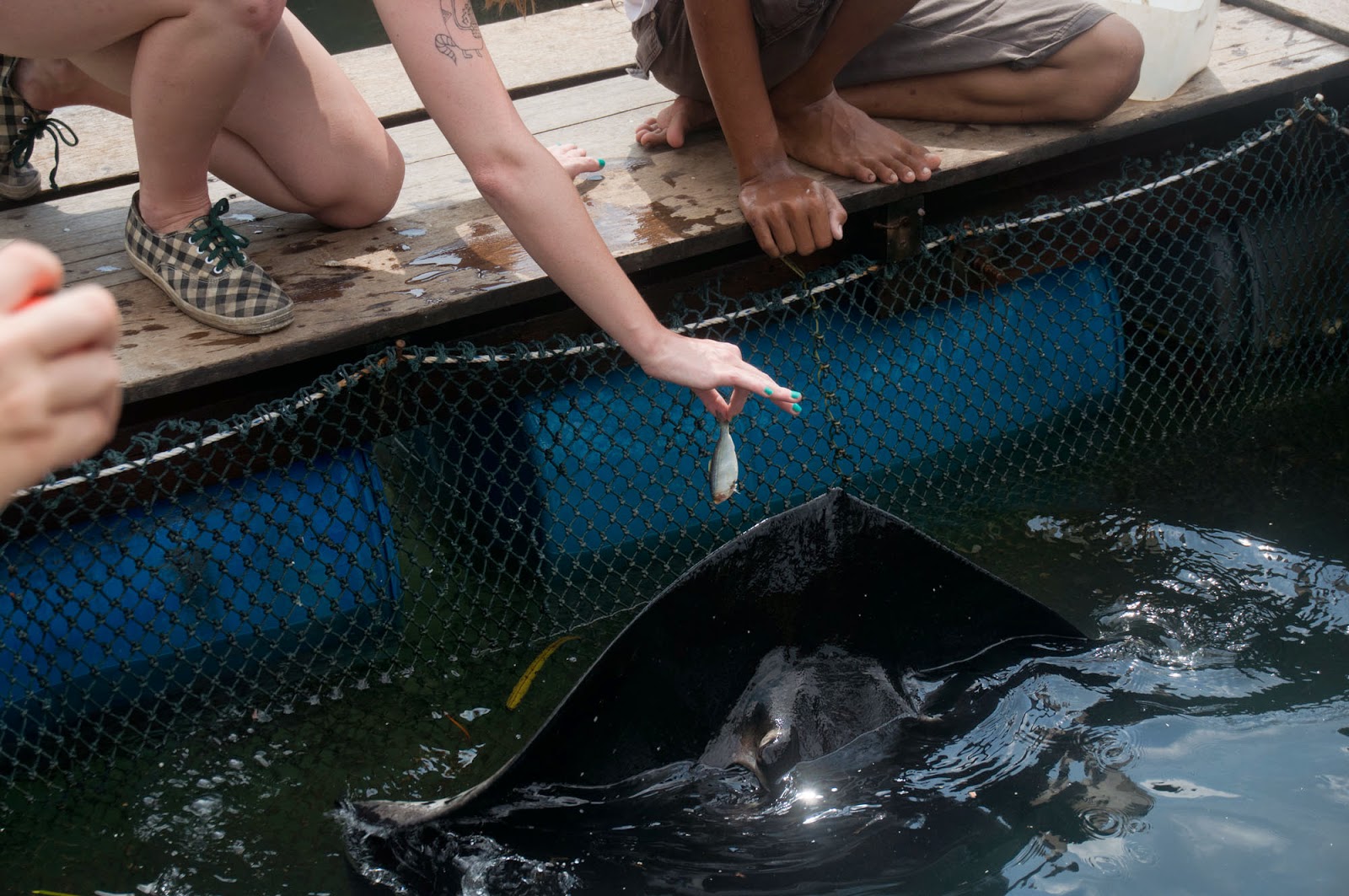 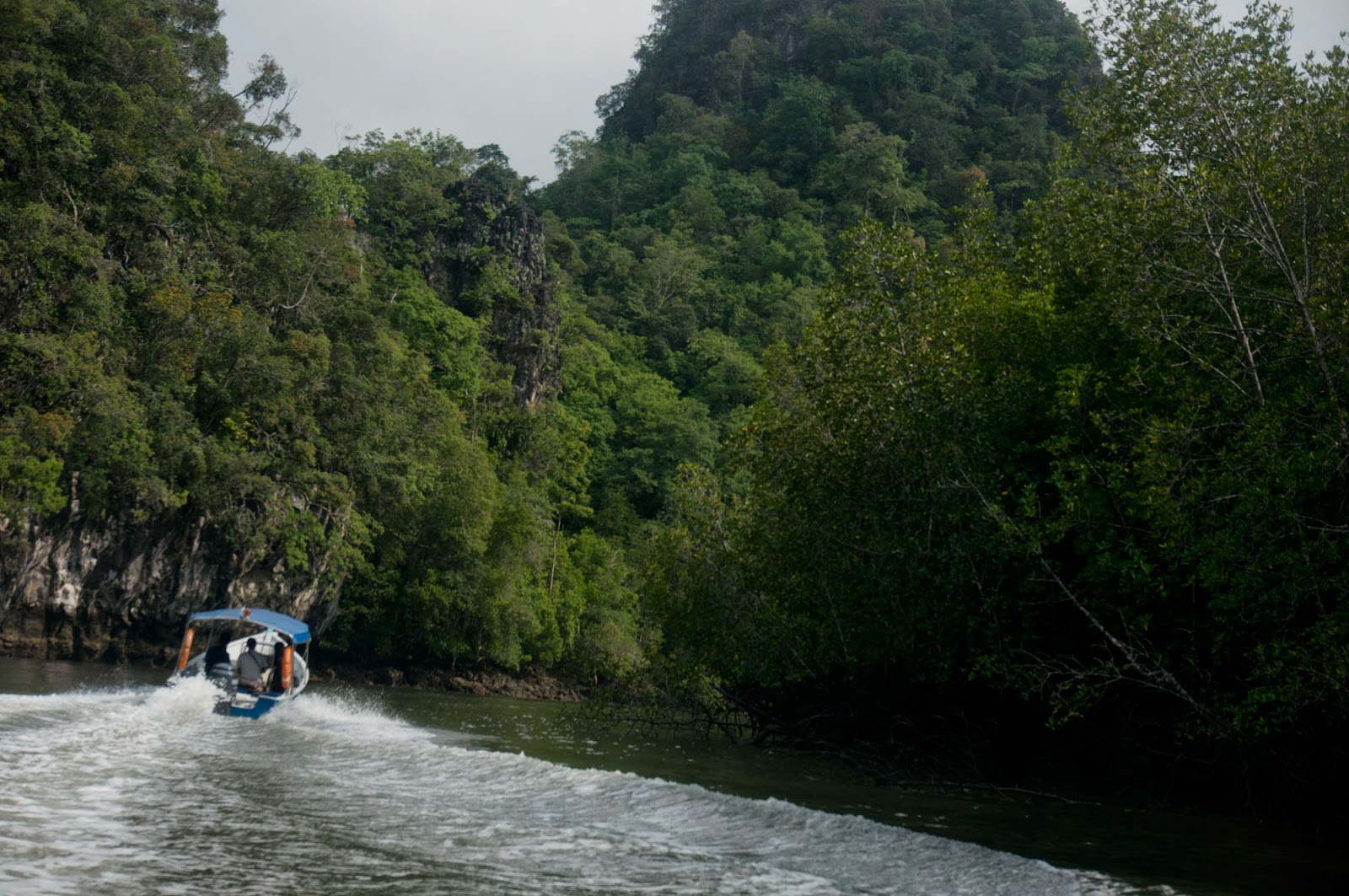 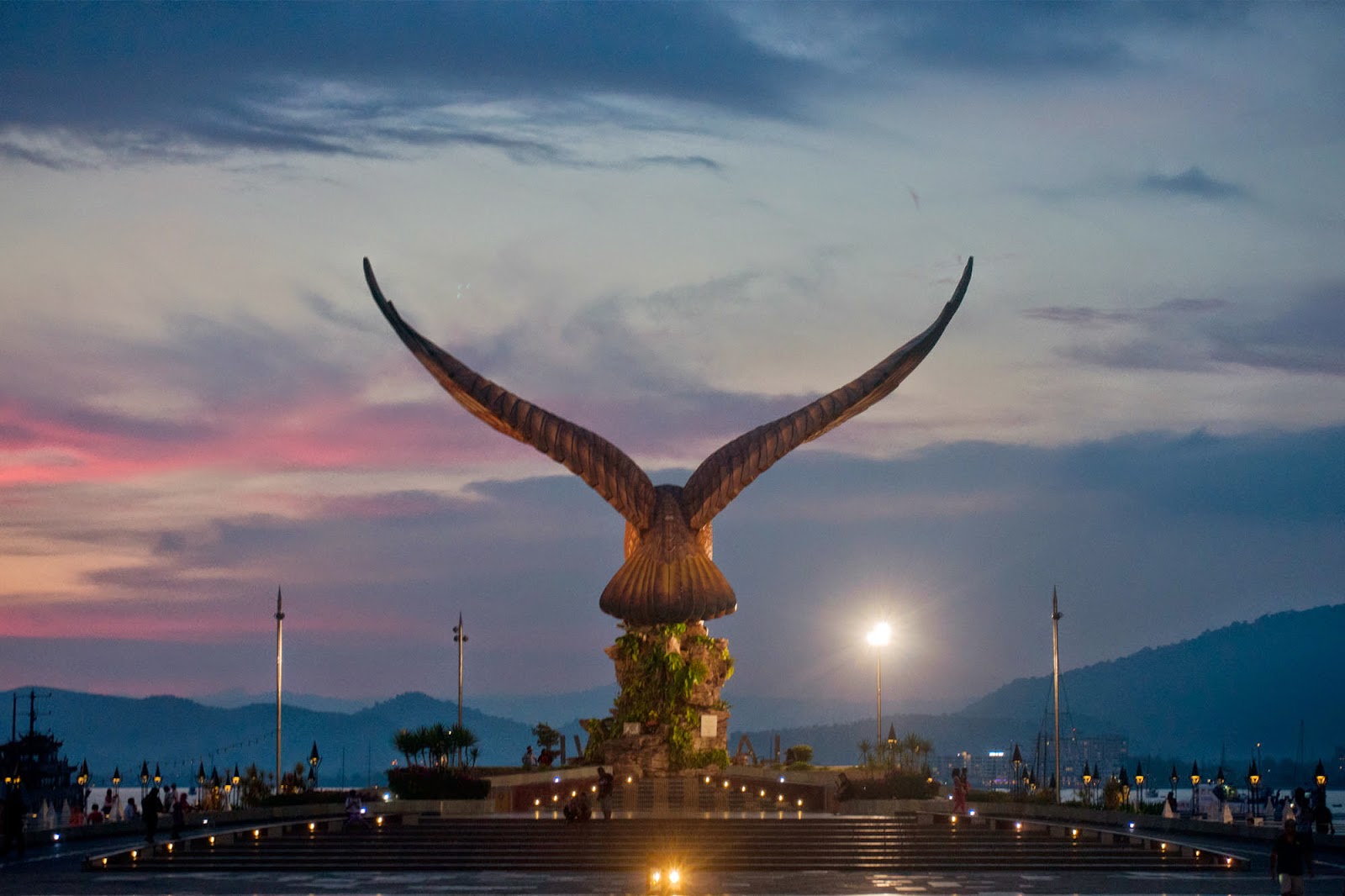 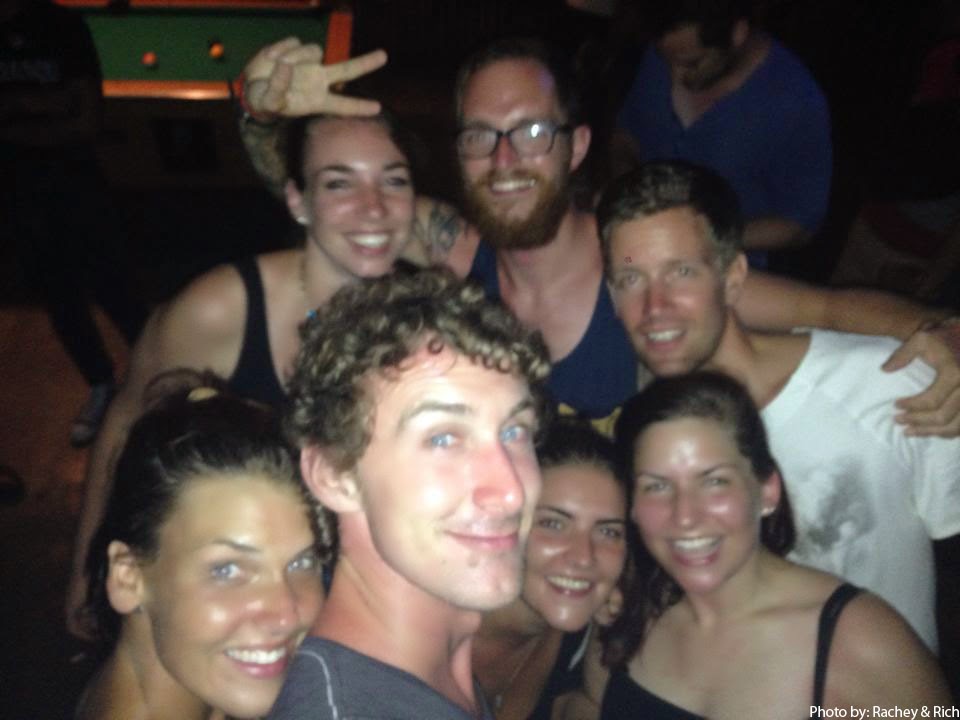 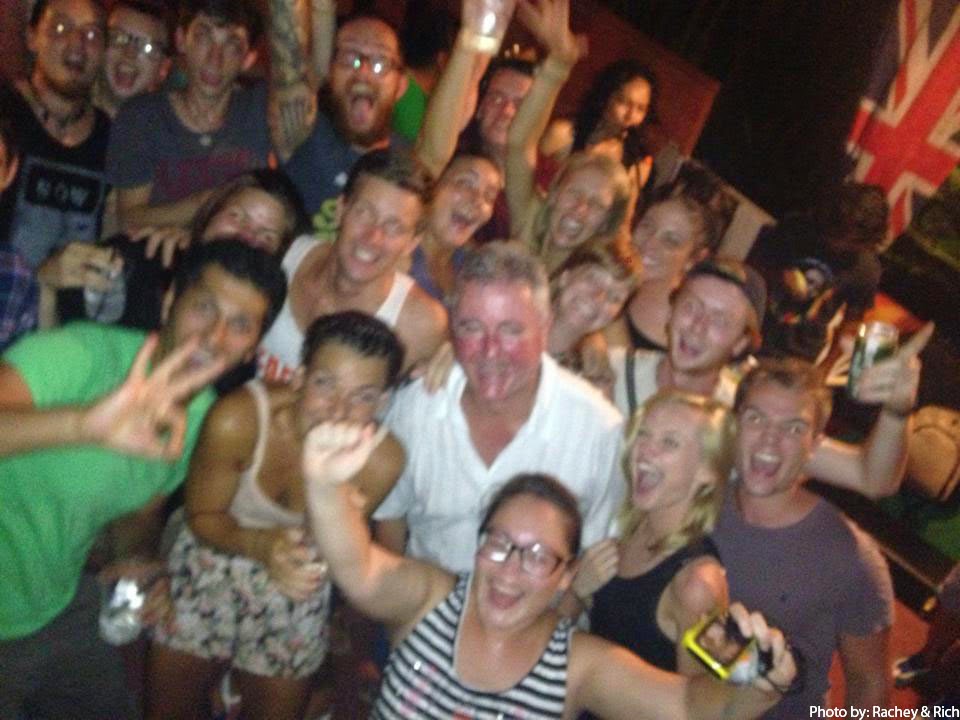 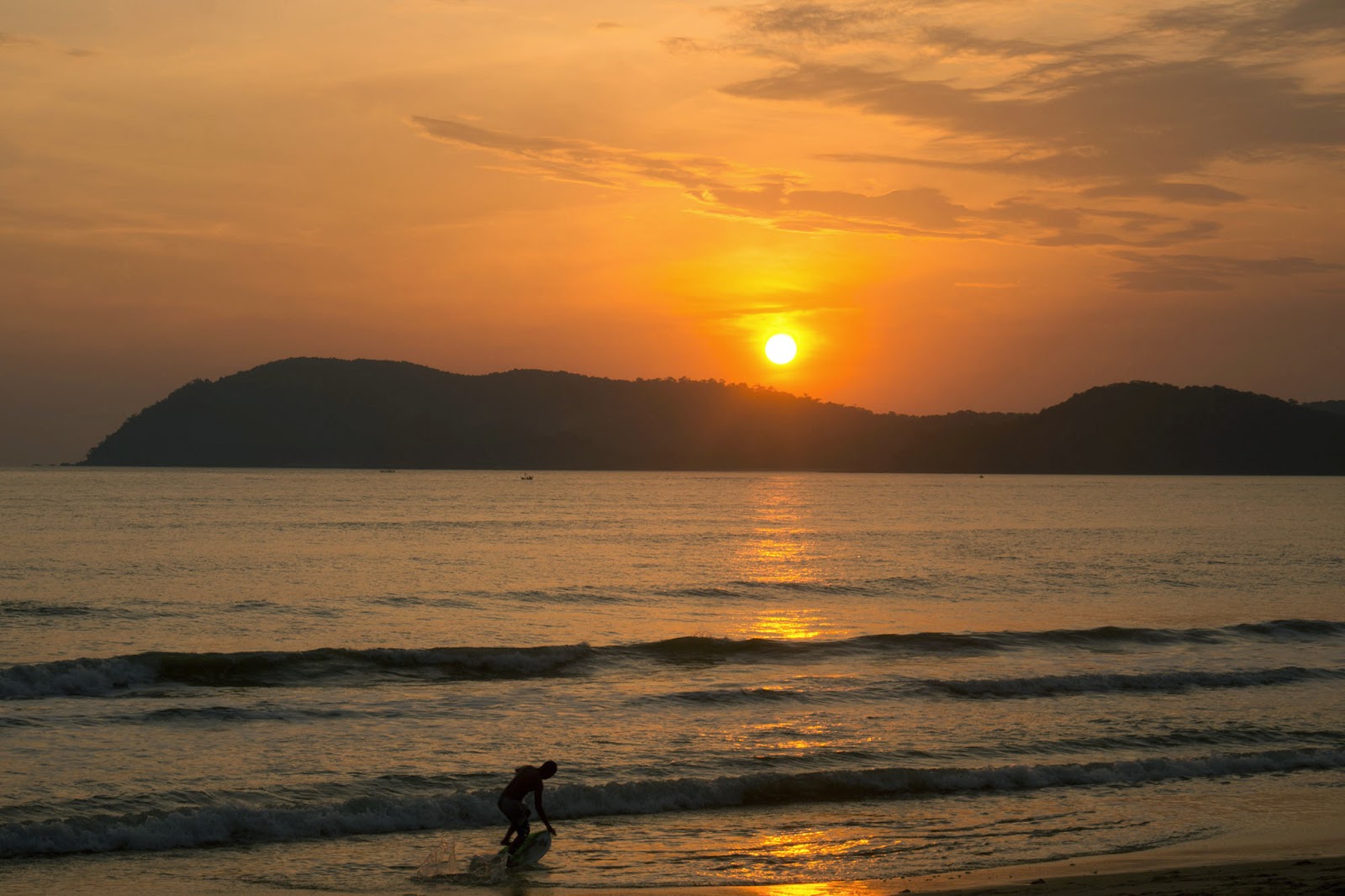 Just before 10 pm and curfew time I left Hard Road Café Hostel and rode down to the harbor to catch the night boat to Surat Thani. The night boat I was on from Chumphon to Ko Tao was really comfortable with a bed in an air-conditioned room.  But this time I wasn’t as lucky, the boat was a smaller wooden boat with just mattresses on the floor and fans to cool down. 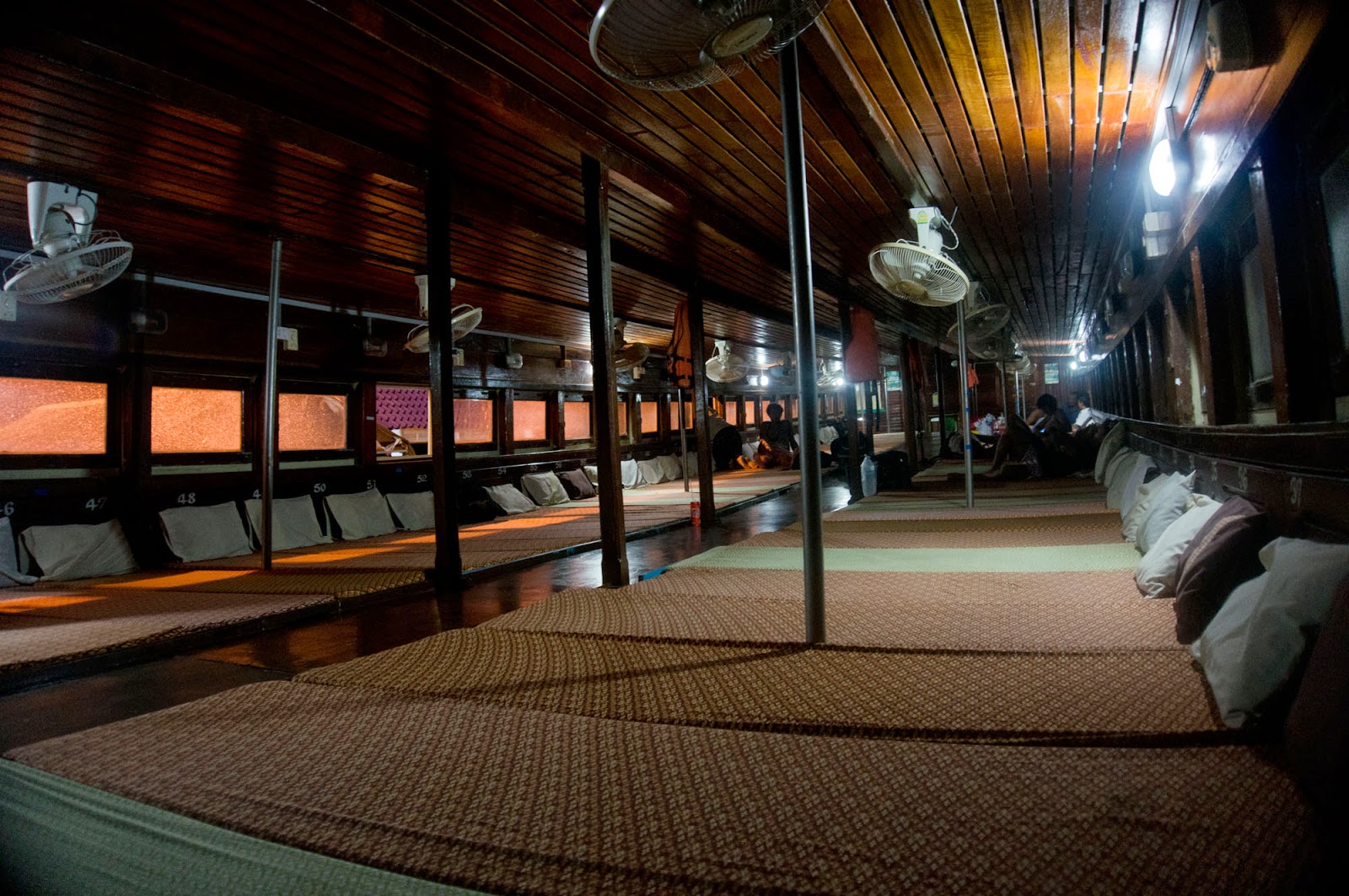 I didn’t have a great night sleep and got off the boat just as the sun came up. But it was really nice to start riding that early in the morning before it was too hot. So even if I was a bit tired I still managed to push on 120 km to a small town where I found a little hotel for the night. I was coming into Krabi province and could see the beautiful rocks along the road. 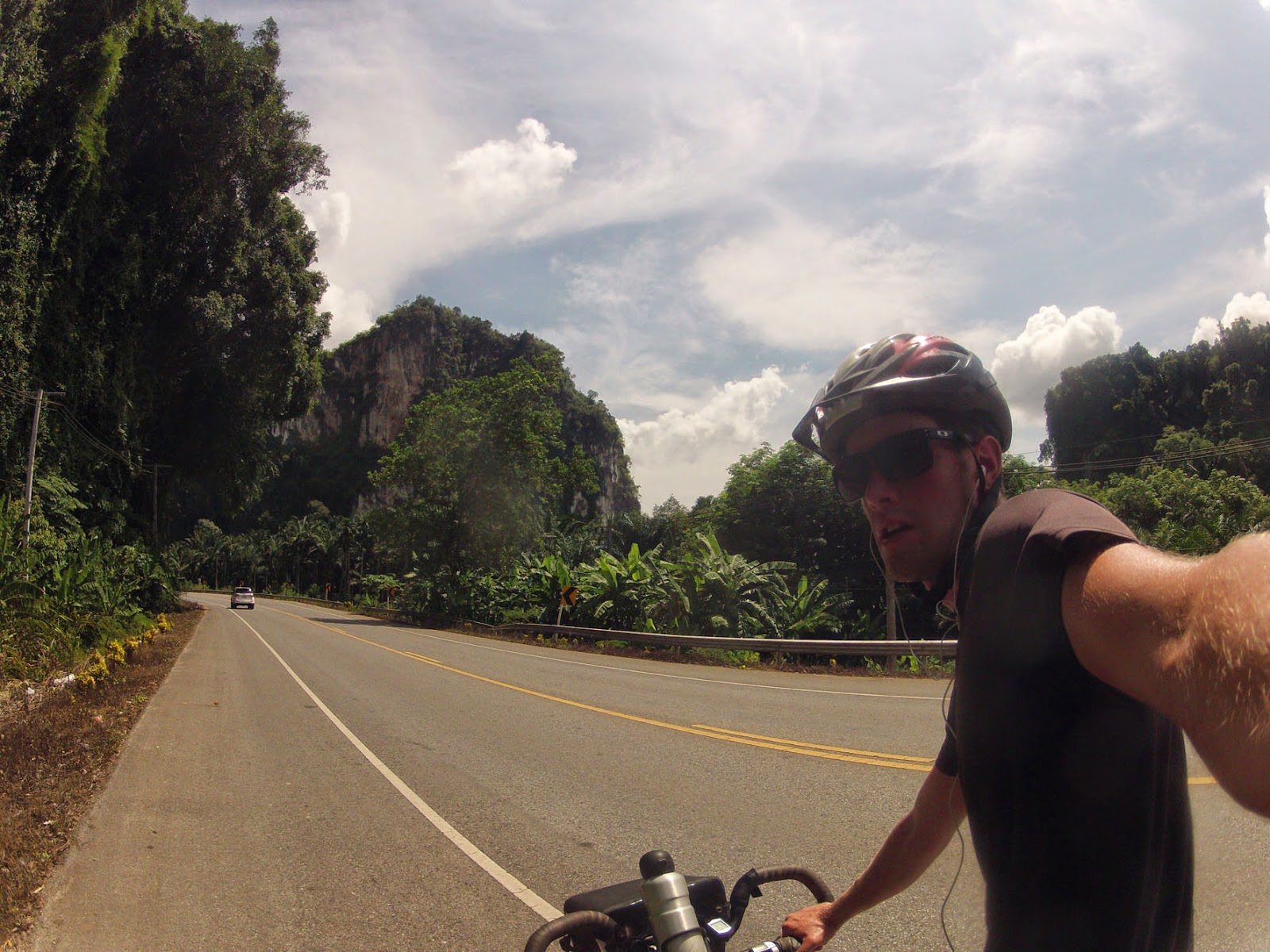 Next stop was Ao Nang, a place I visited with my family five years ago. I wasn’t sure that I wanted to go back since I had seen it already, but since I still had some time left on my visa and got a really good recommendation for a hostel there I decided to go. And that hostel made the stay really worth it, it was a very nice and social place. After arriving I went with some people to a hill for a climb up to a temple. I didn’t know about it and definitely didn’t know how hard it would be going up those 1272 steps to the top. But it was absolutely worth it and the view from the top was amazing. 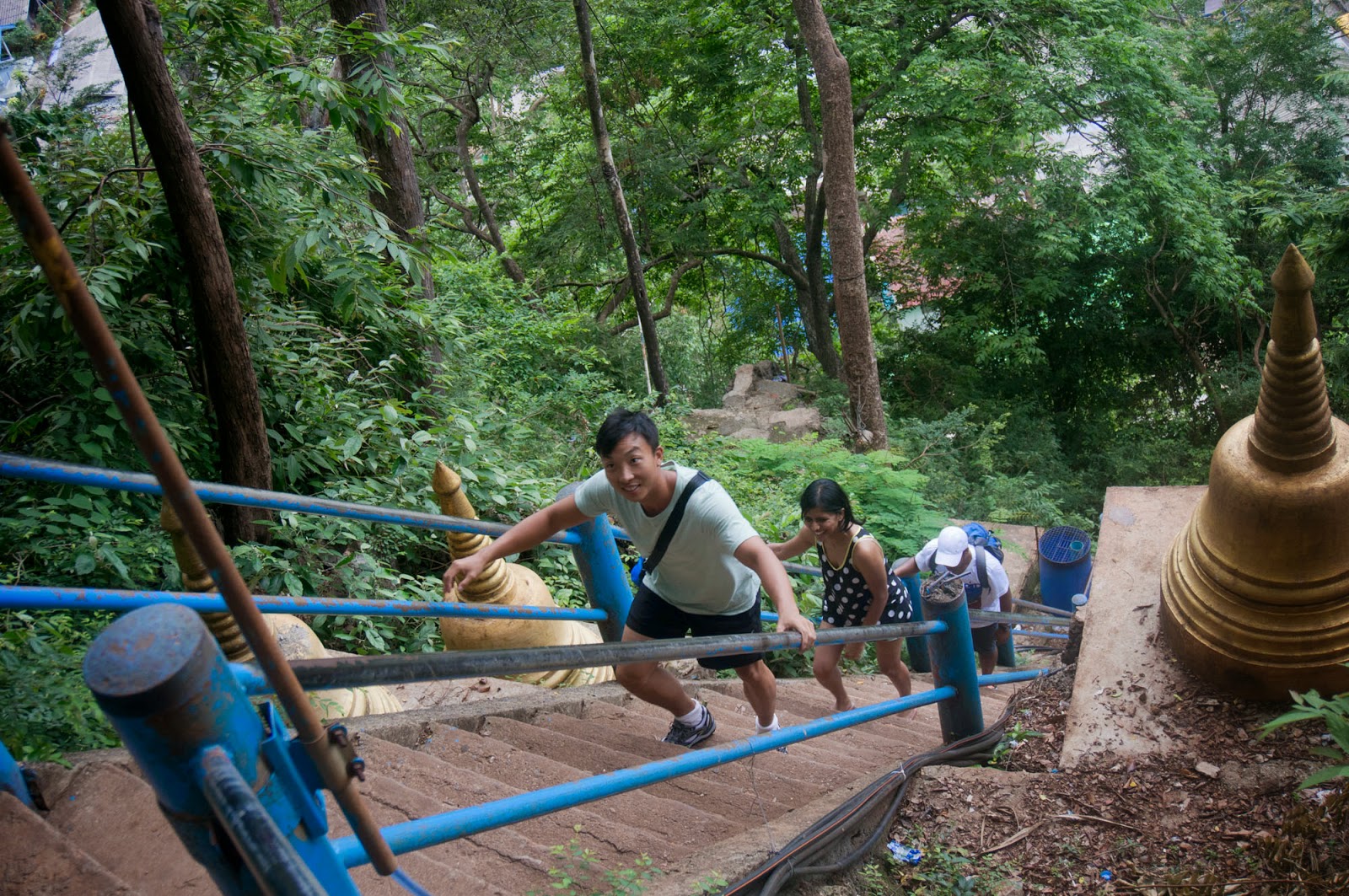 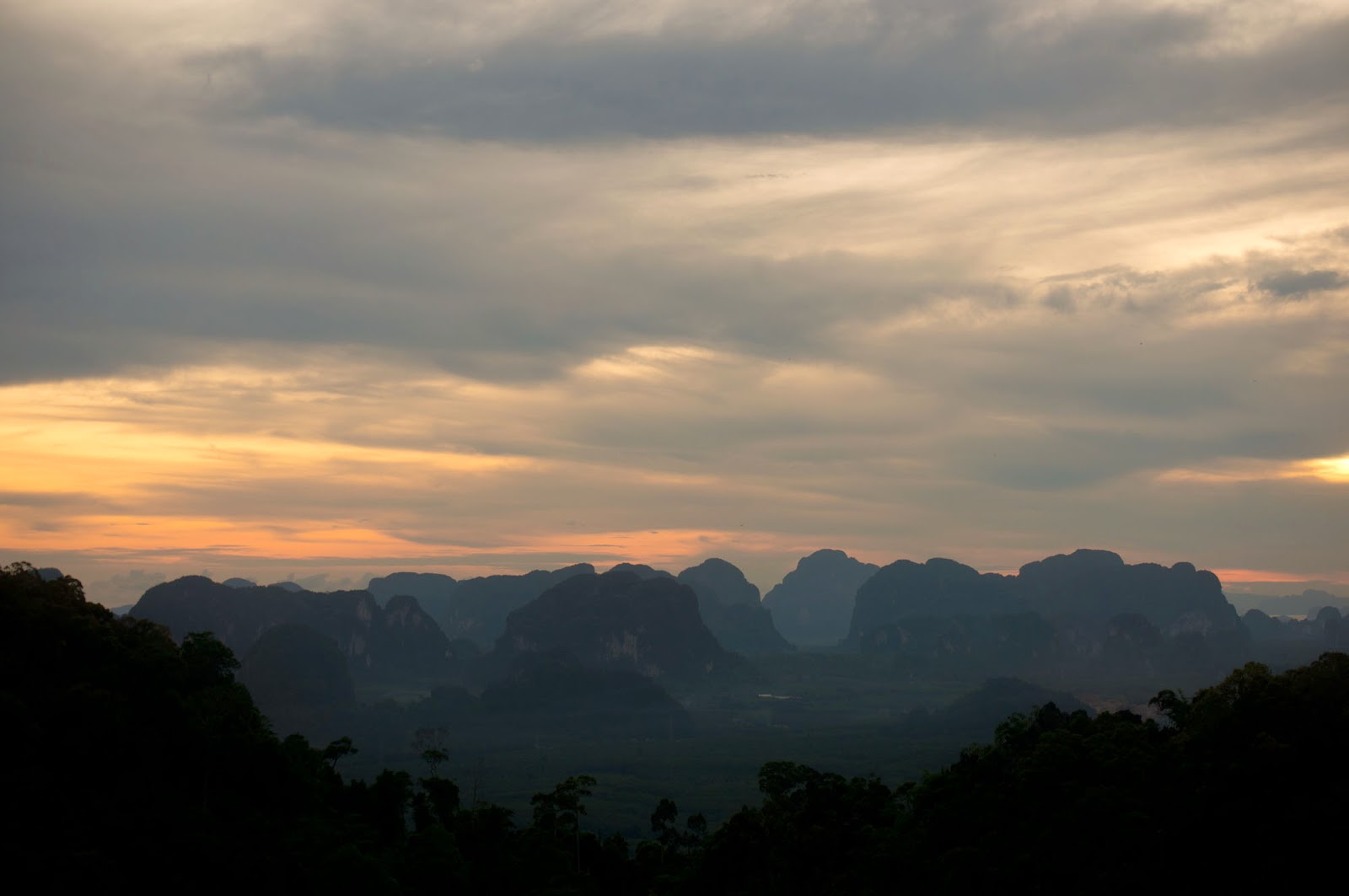 The next day a group from the hostel went on a full day island tour around the amazing islands in Krabi. The highlight of the day was BBQ on the beach on an island with one of the most beautiful sunsets I’ve ever seen. And to finish off a great day we stopped in the dark for one last swim with glowing plankton witch was something I’ve never seen before. 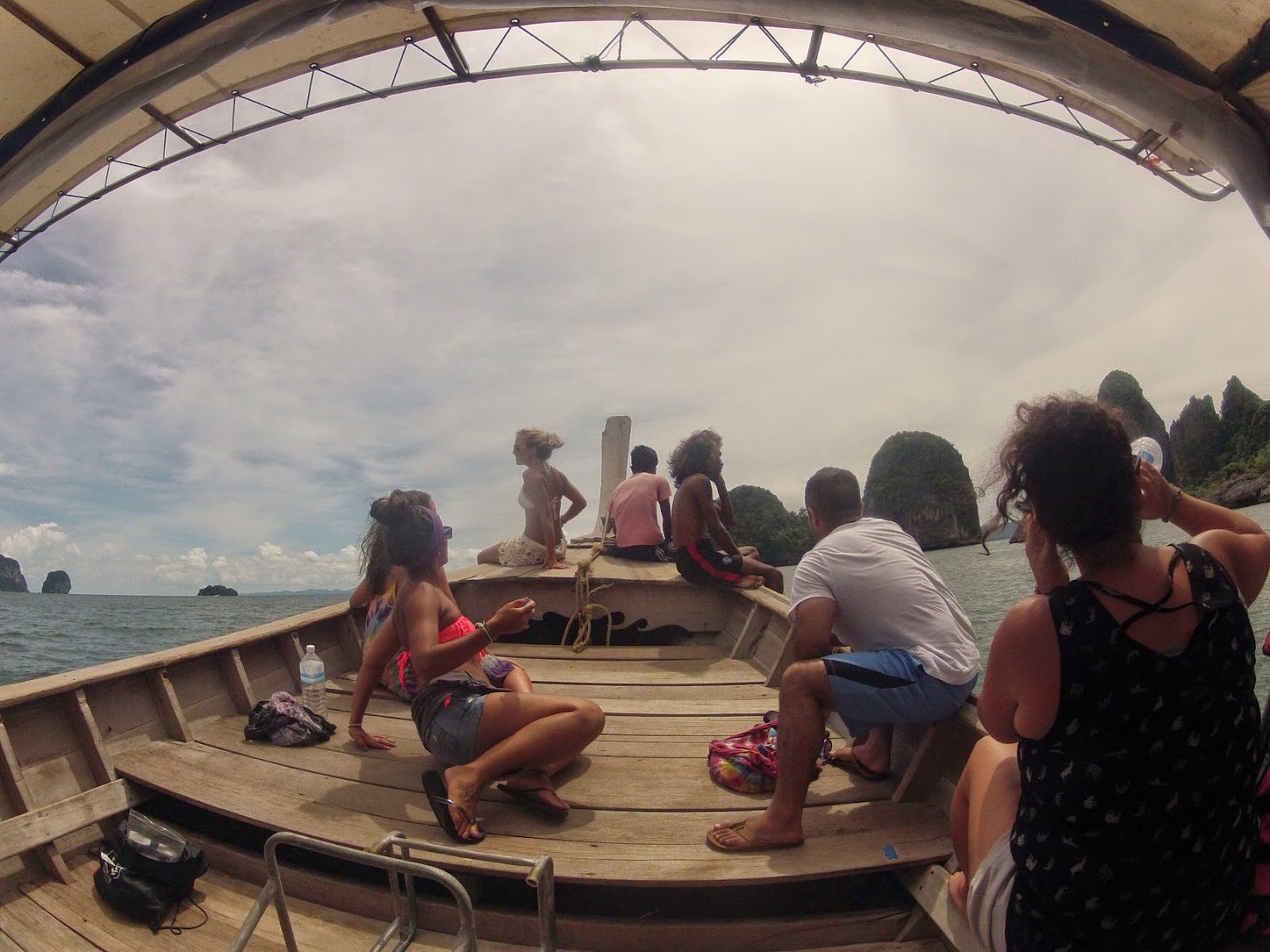 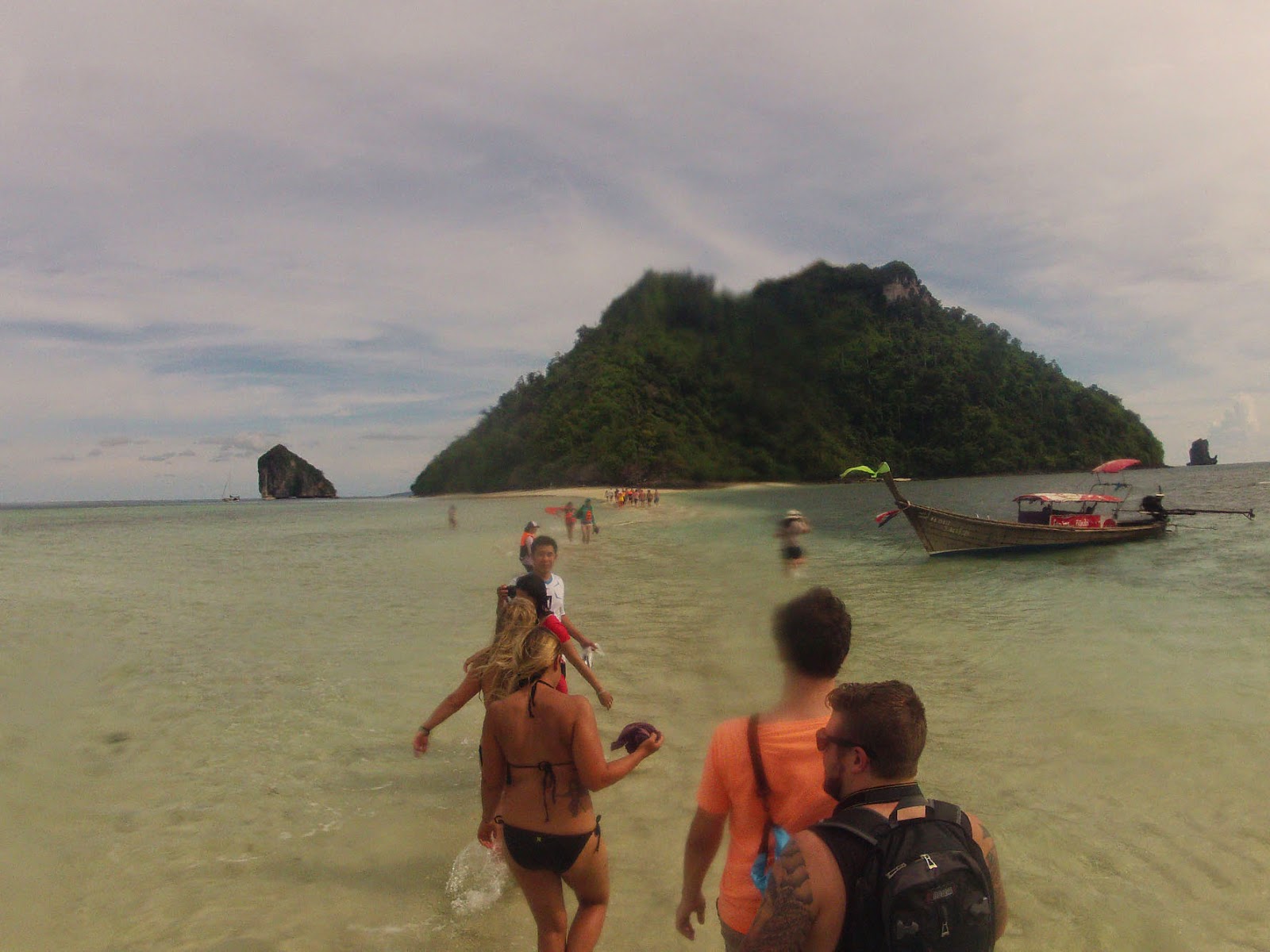 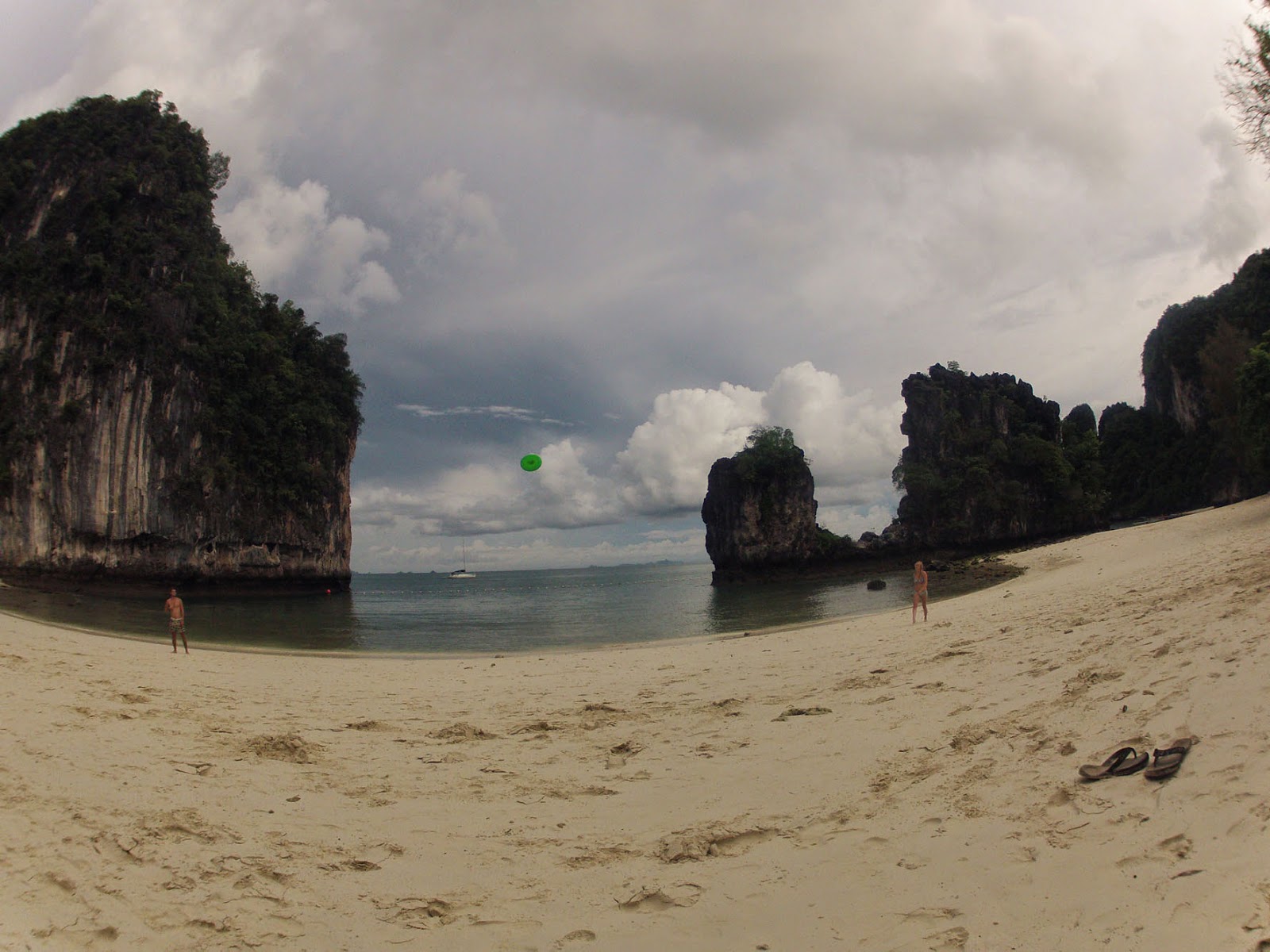 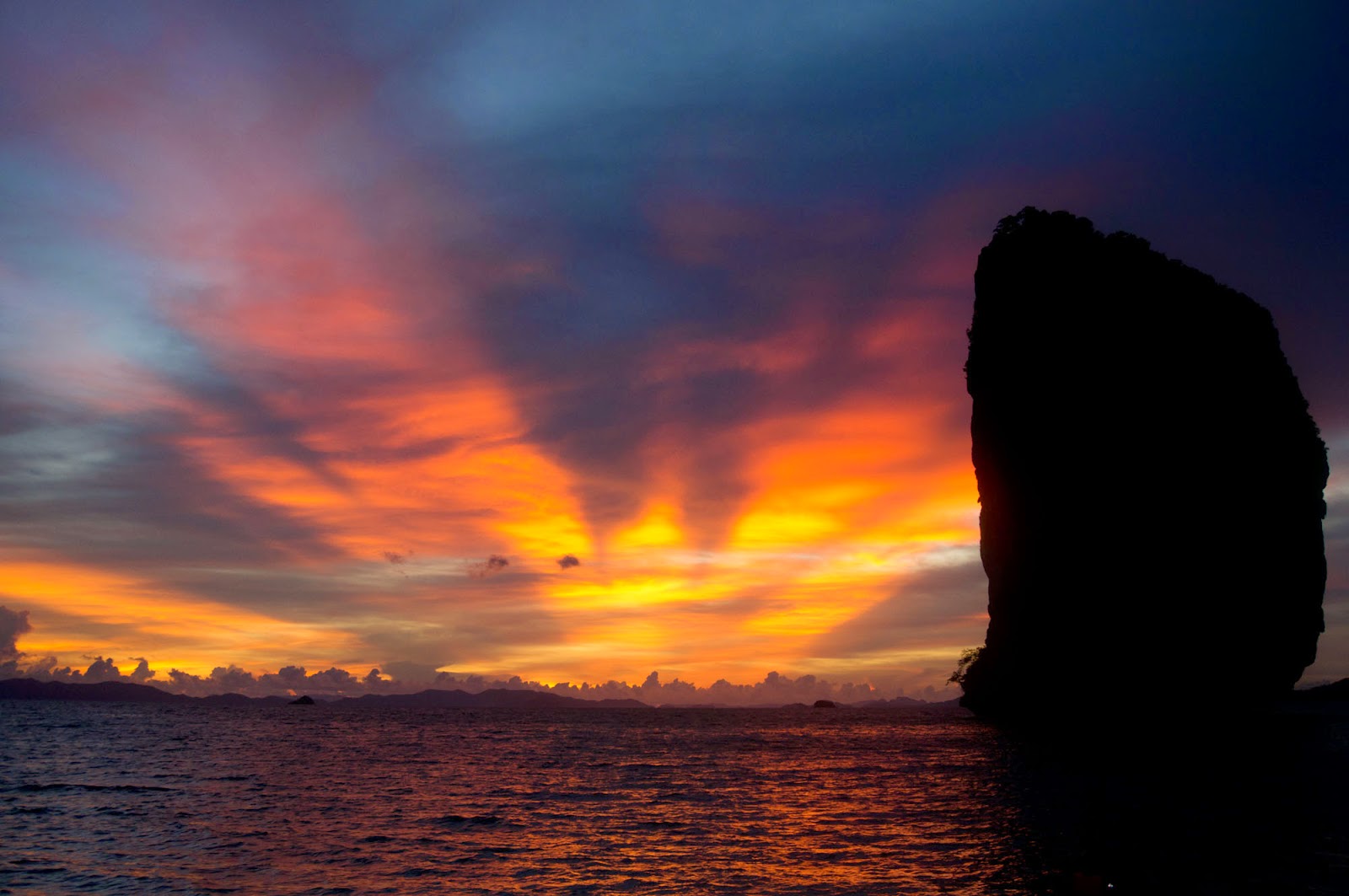 Another highlight of Ao Nang’s beautiful nature was a trip to a hidden lagoon close to Railay beach. Me and three other guys rented kayaks and paddled around some islands and then decided to make the climb to the lagoon.  It was a really difficult climb, especially the last part down to the lagoon with three steep drops where we free climbed barefoot on slippery rocks holding on to a wet rope. With some cuts and bruises we finally made it down to the lagoon and the reward was absolutely worth the effort. It was so quiet and peaceful as I just floated on my back out into the water and looked up to the sky. 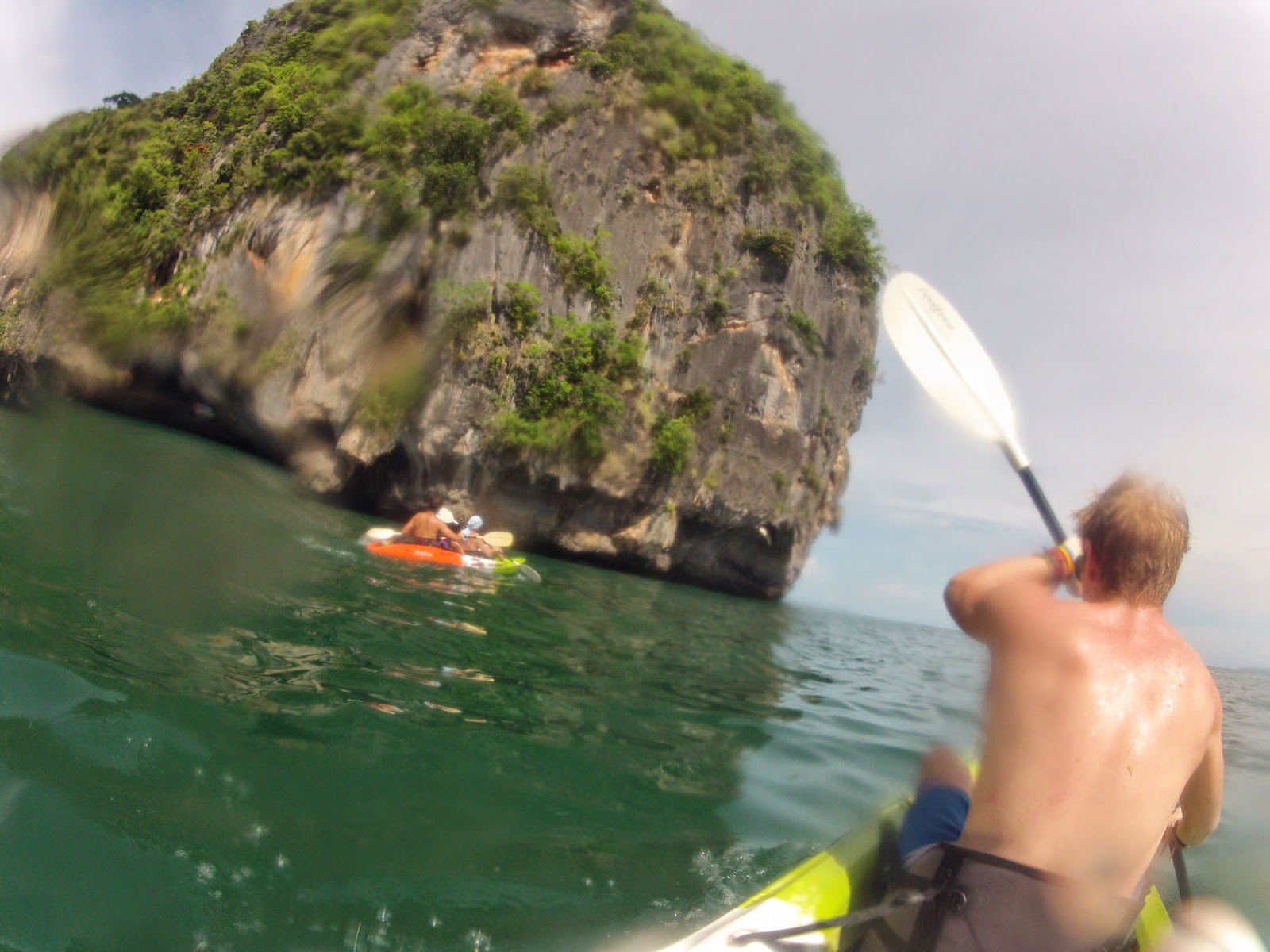 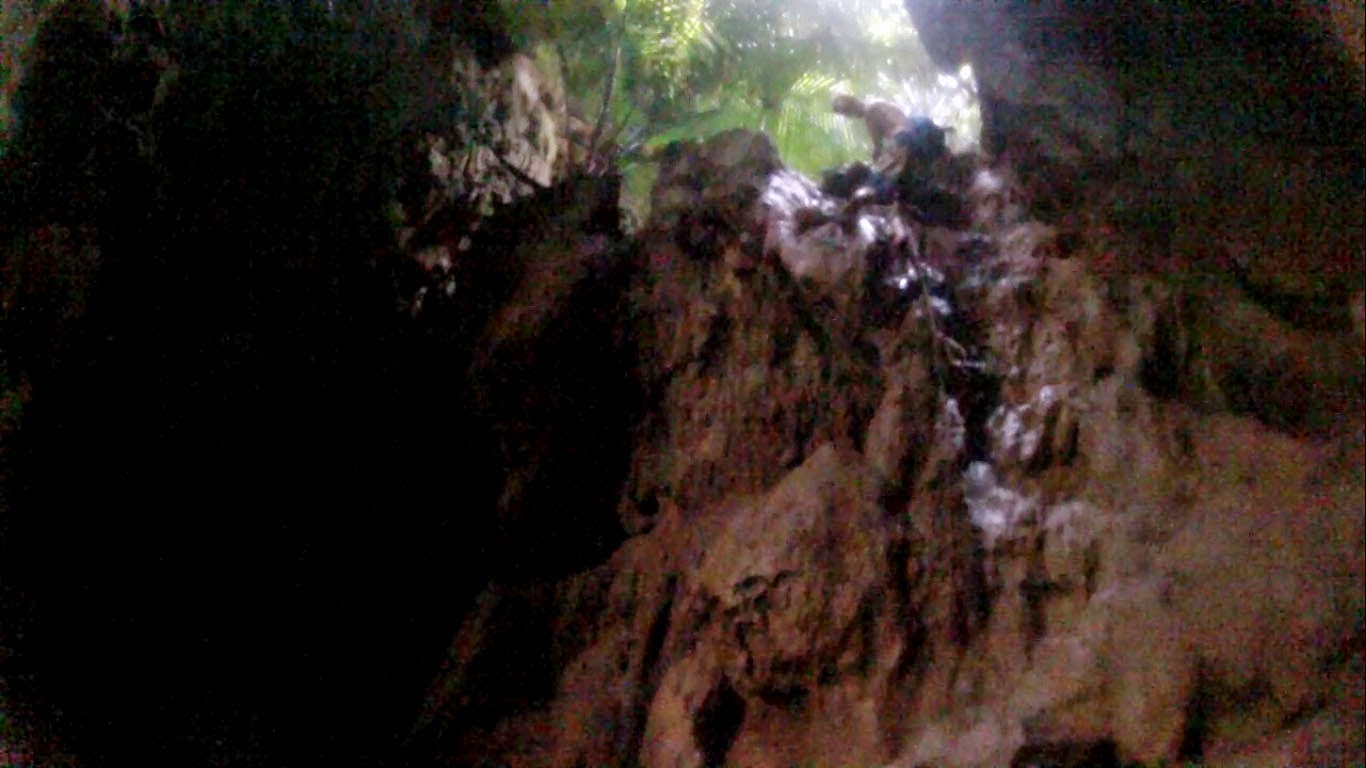 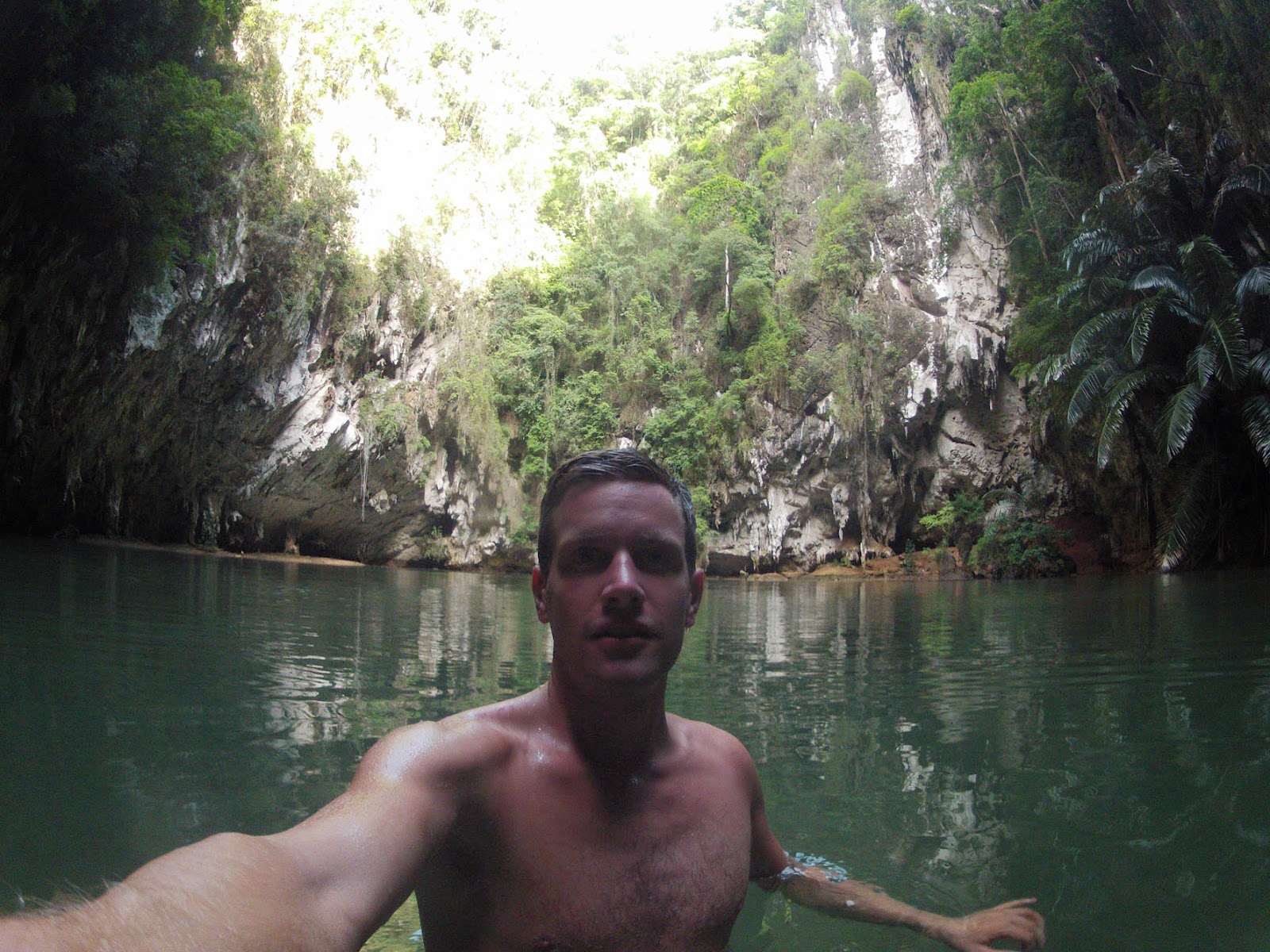 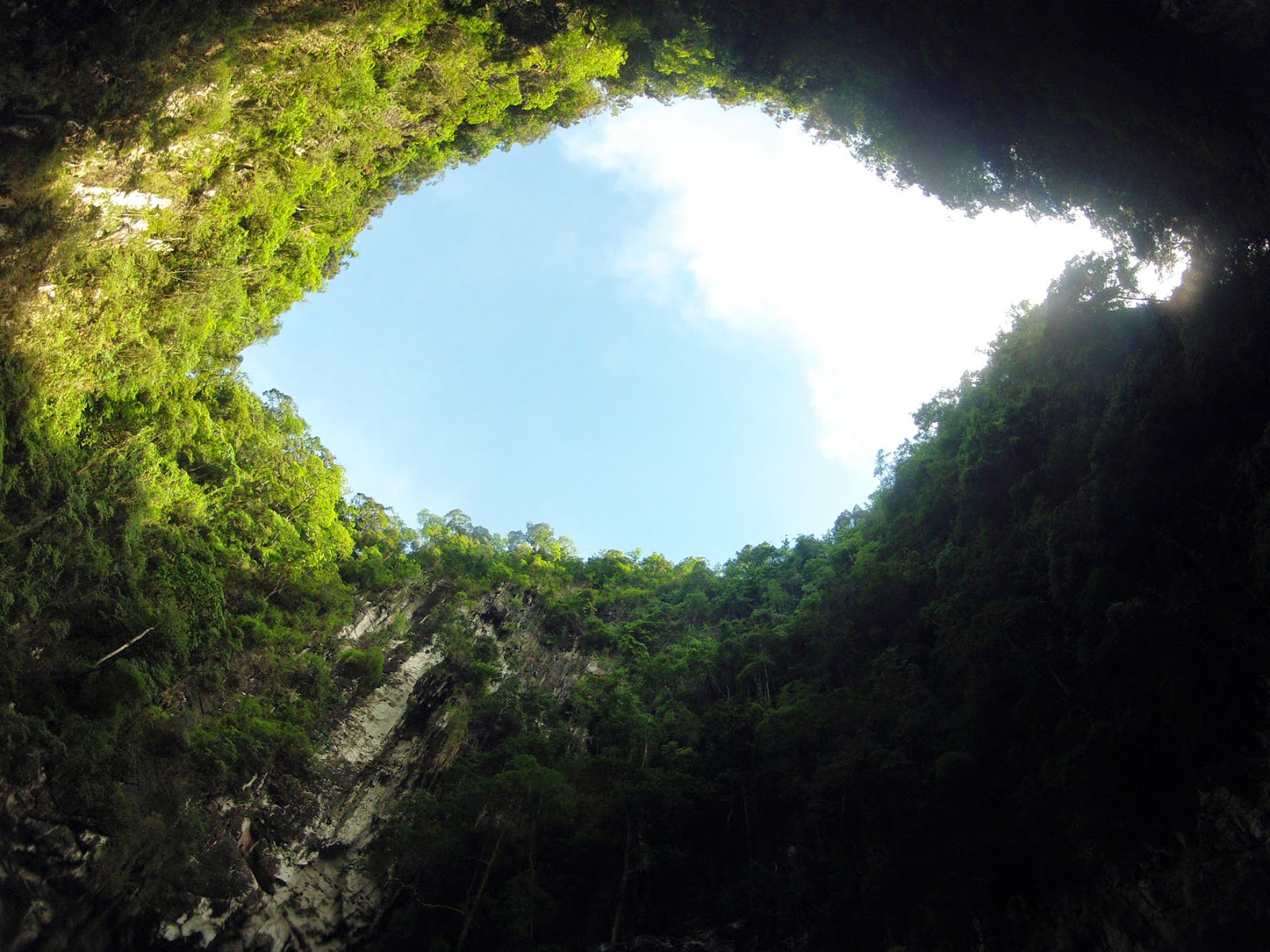 I ended up staying in Ao Nang for one week and could probably have gotten stuck there for longer. But the visa was running out and it was time to head south to Malaysia. It took me three days to get down to the most southern point of Thailand. The last night I ended up in a small town and had some problem finding a place to stay for the night. I was directed to a little guesthouse but once there I couldn’t find anyone there. But one door was open and I knocked on the door and was greeted by a nice Pilipino guy who was teaching English at the local high school. He didn’t know of any place nearby and the guesthouse he was in was full. Marcial was really nice to me and offered me to stay at his place for the night. We had an nice evening eating Pilipino food with another teacher and a young guy from Germany who was going to work in a national park on an island just off the cost.

The next morning I cycled the rest of the way down to Satun where I got on the ferry over to the Malaysian island Langkawi. I had such a great time in Thailand, met great people and really got to experience the country during two months. But it also felt really good to again cross a border and to see something new. I now only got a couple of weeks more left until I reach Kuala Lumpur and from there fly back home to Sweden. It feels good but also strange when it’s coming close to that day. But until then I will enjoy this last time here in Malaysia..