A week in Hong Kong

After one night in Shenzhen I had to get to the border and leave mainland China and into Hong Kong. I had read about Lo Wu being the best border to cross with bicycle since it was possible to bring it on the train going to Kowloon. But after passing through customs I was stopped because they didn't allow bicycles on the train. They wanted me to take the front wheel off but I explained that it wouldn’t make the bike any smaller because of the front rack and all the bags, it would just be impossible to move around. Eventually they let me get on the train and ride it to the first stop in a town called Sheung Shui. I had known that this might happened and had looked up what road to take to get to Hong Kong Island. Unfortunately it had to ride quite far because most of the roads was highways that didn't allow bicycles. 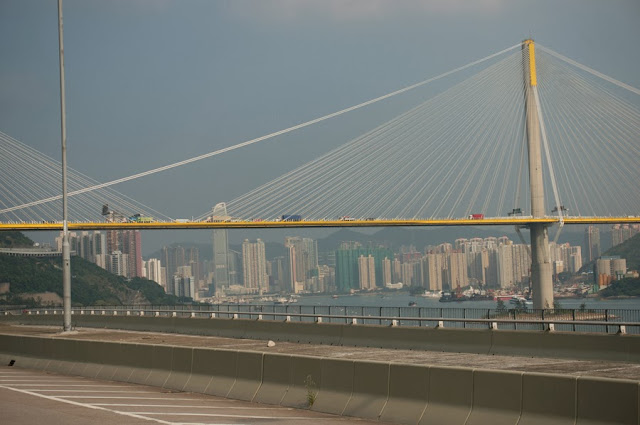 It immediately felt different from being in mainland China, most notable at first was riding on the left side. I also noticed how the traffic showed more respect for me as a cyclist and waited to pass until there was enough space. Unlike in China where the trucks just sounds the horn and drive past you. But something that is much better in the mainland is the roads. The roads in Hong Kong has no though for bicycles and riding into the center was really difficult. Especially the last bit in Kowloon and in the center of Hong Kong Island. My host lived on the middle of central Soho so to get there I had to get on the charming Star Ferry across the Victoria Harbour. 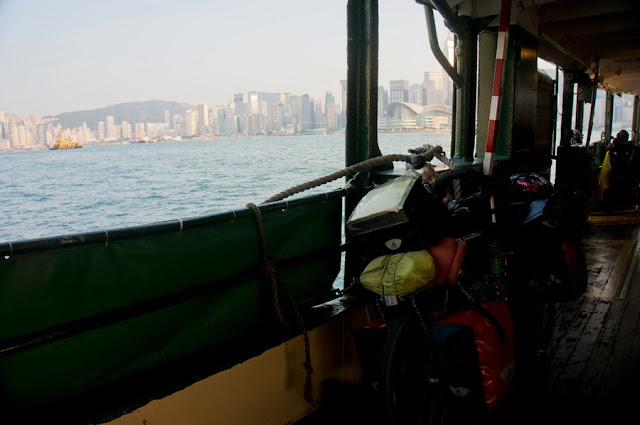 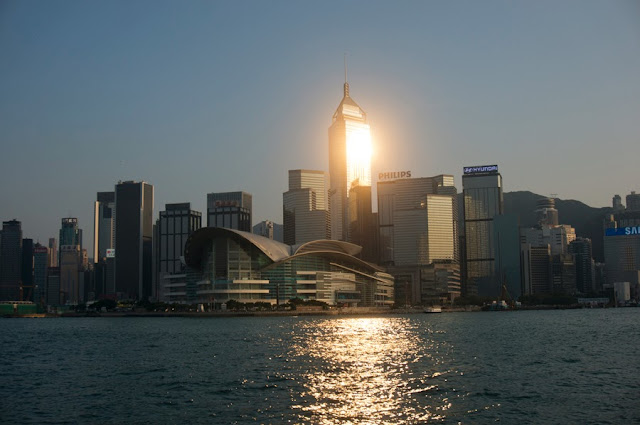 And arriving in the middle of multicultural Soho was a chock for me after spending two months in China where it feels like you’re the only foreigner and everyone stares at you. Here there where foreigners everywhere and it felt far away from anything Chinese. Of course people look at me when I ride in with my bike, probably because riding around in Hong Kong is a crazy thing to do and something I wouldn't recommend anyone to try. If I knew how difficult it would be I would have left my bike in Shenzhen and take the train or a bus into Hong Kong. 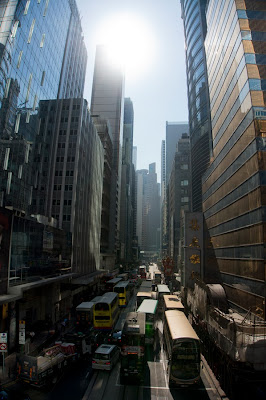 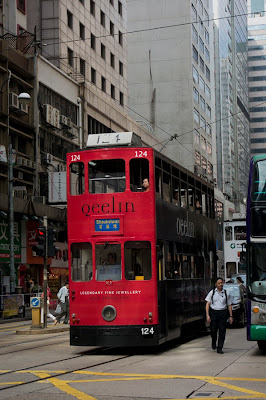 I stayed two nights with my hosts on Hong Kong Island and explored the central part of town with all its huge skyscrapers, interesting architecture and the hip Soho. Mark and I also walked up the extremely steep roads passing by some of the most expensive apartments in the world and then through some dark park area to arrive at the Victoria Peak with a stunning view of Hong Kong. 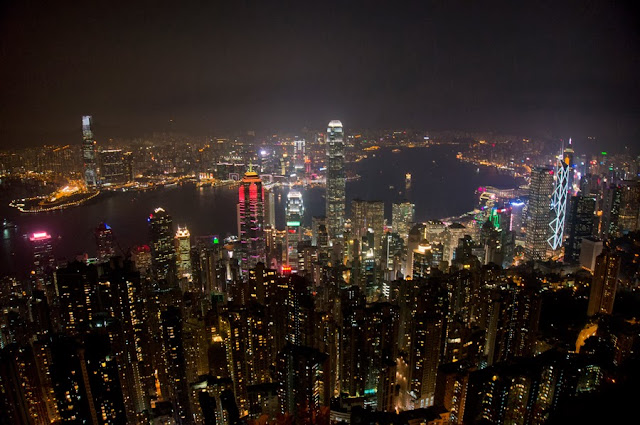 My host’s Mark and King was busy hard working people like many here in Hong Kong, but we still had some time to hand out and share travel stories. Also talk a lot about cycling since they were planning on a big bike trip in the near future. Since they had other guests visiting them I moved to another host I had made plans with on the other side of town in Kowloon Bay. And yet again I had to get on my bike and try to make my way through the busy streets of Hong Kong. But it wasn't a very long ride and I was able to find my way using my GPS more than ever before. 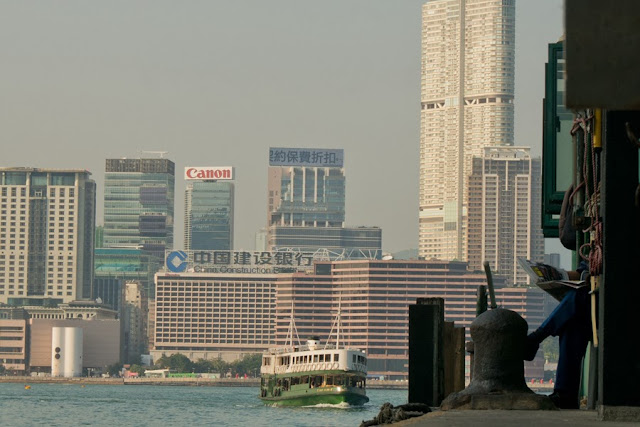 Kowloon Bay was very different from Soho with very few foreigners and less stressful compared to the central parts of town. But it was close to the metro witch is the easiest way to get around town. My host Cindy and I had a great dinner out and I felt very welcome here as well. I also met up with another couchsurfer named Steven one afternoon and had a great night with good food and a walk along the harbor with an awesome view over the bay to Hong Kong Island. 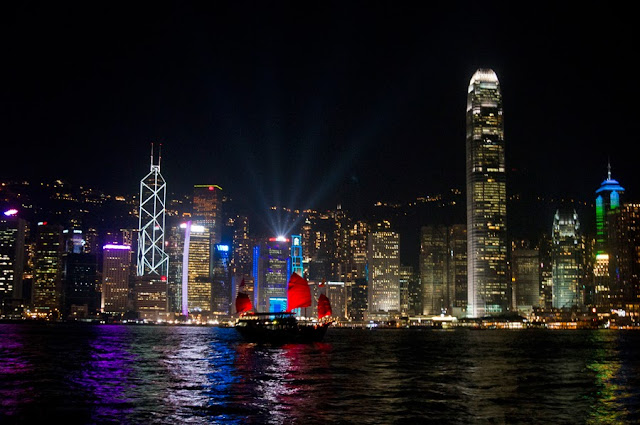 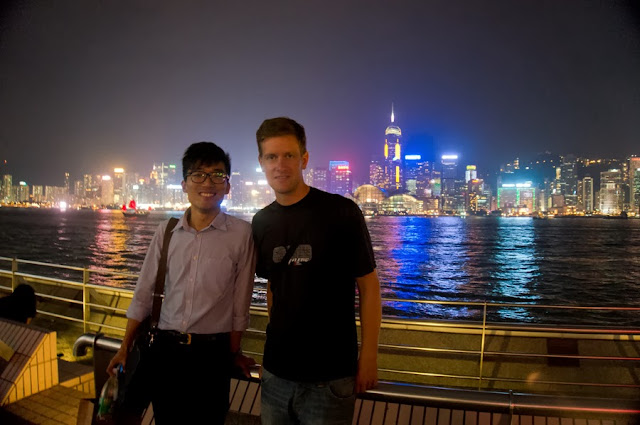 On Saturday Cindy and I did some sightseeing first at Wong Tai Sin Temple which looked like many other temples I had seen before in China just with more tourists. But it had a nice relaxed garden in the back.
After that we headed a little further out from the busy city to what used to be a fishing village and still had its old charm. The buildings felt like being in an old village and there were a lot of water tanks filled with all types of seafood along the narrow streets. It was nice to get away from the crowded city for a while and enjoy the relaxed atmosphere by the sea. 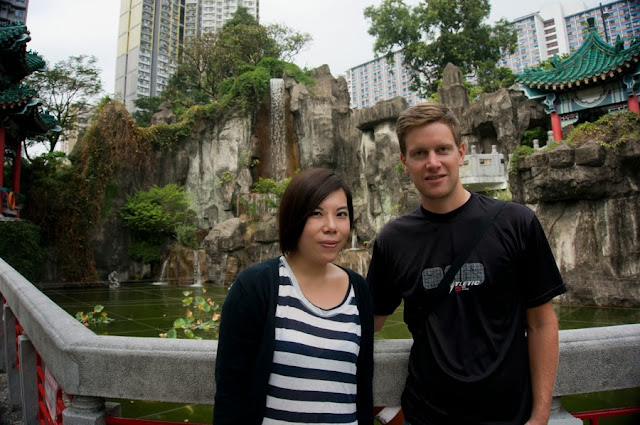 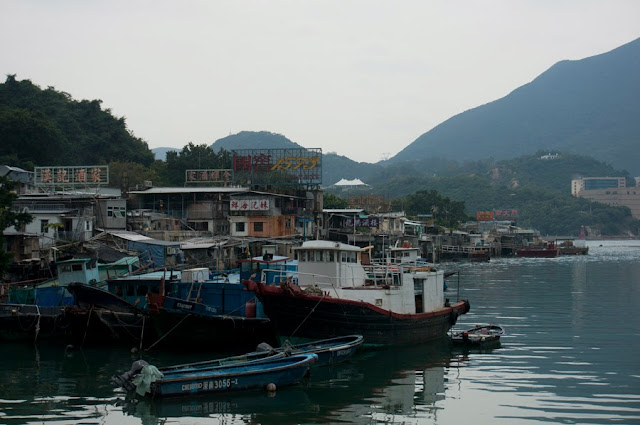 Later that day I met up with a friend from back home who is an exchange student this semester here in Hong Kong. It was really nice to see a familiar face and to speak Swedish again. We walked around the super crowded central Kowloon and the ladies market for a while and then relaxed at a café and later at a typical small Hong Kong restaurant. I will probably be a while until I run into another Swede again. But once I reach Thailand there will be a lot of them. But speaking with someone from my home town was a nice change after just being able to do that on Skype before. 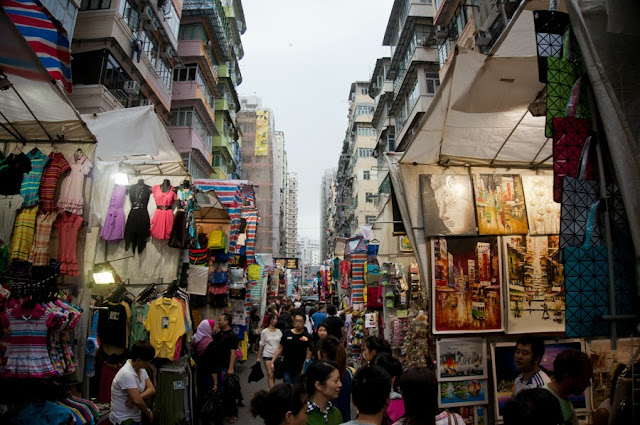 I left Hong Kong today and decided to take a bus over the border instead of going through everything I did on my way into town. And the bus left right next to where I lived so it was really easy and the bus driver didn't complain about the bike and all the bags. 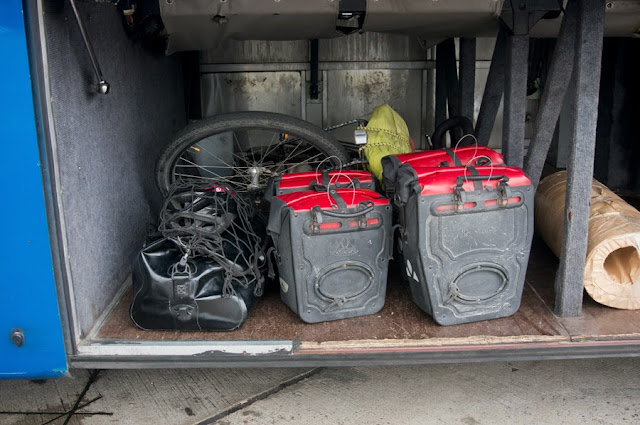 So now I’m back in mainland China and it feels good to be back. I really enjoyed Hong Kong, but one week felt like enough. And immediately after crossing the border people started staring at me again, something that doesn't happen as much in Hong Kong. And it also feels great that I don’t have the time pressure I had for my first half of China. I now have 2 months and the distance to where I plan to leave China for Laos is not that far away. So I don’t need to push on as I have done the last couple of weeks.
Upplagd av Samuel Eriksson kl. 18:24